TOOL's Tour Designers Detail A Night In Their Lives 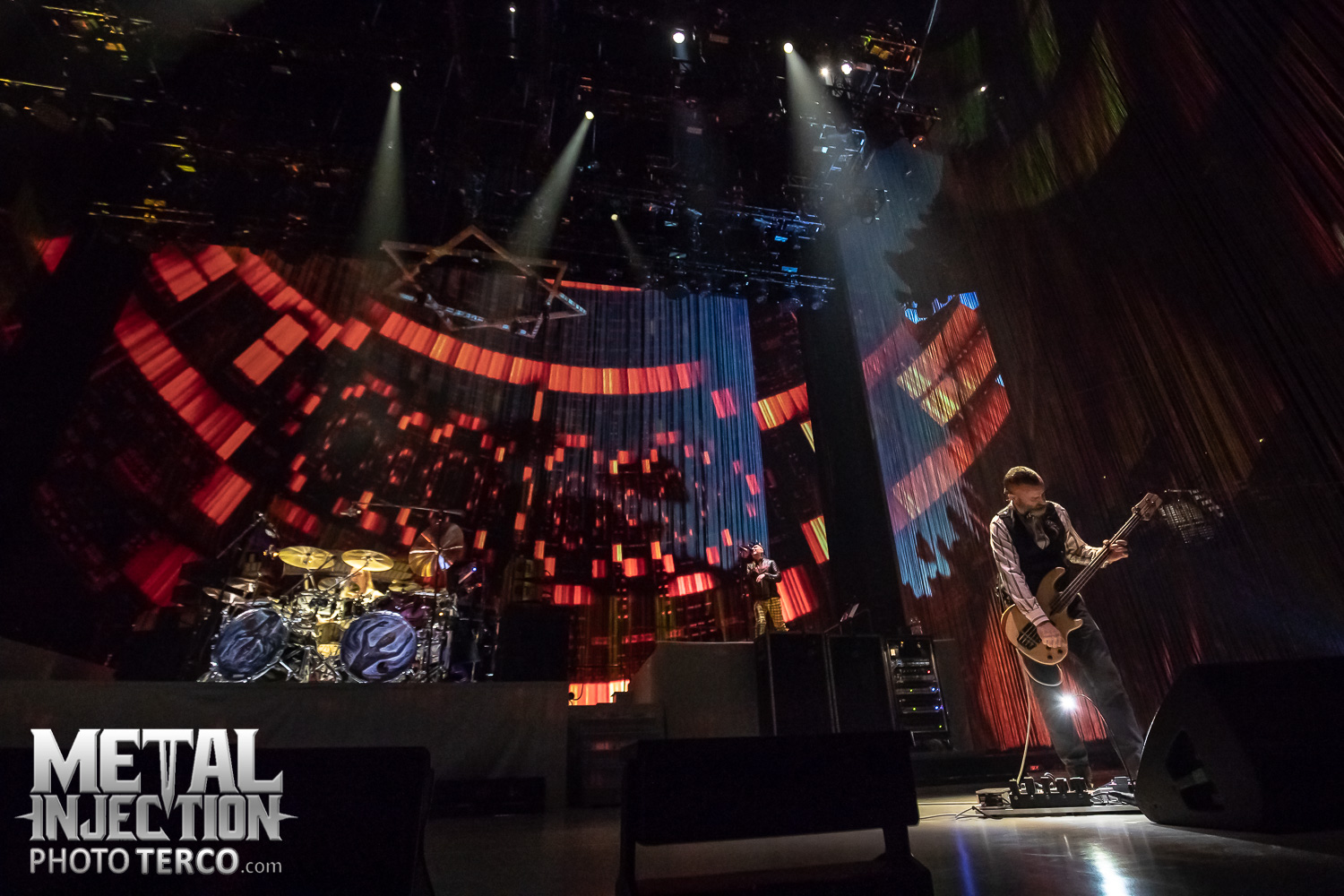 Seeing Tool is an experience. While that has a lot to do with the music, it also has a god amount to do what lighting and video managers Mark “Junior” Jacobson, Breckinridge Haggerty, and Scott Wilson are doing. The trio recently sat down with PLSN to discuss what it's like to work with the band.

Jacobson reveals right up front that vocalist Maynard James Keenan, well known for his need to be in the shadows, has specifically requested to be lit on the Fear Inoculum tour.

“After 18 years of requesting no light, the timing this time around just felt right to start lighting Maynard. He has come to me and requested certain times that he wishes to be lit. I think if he is expecting the light to come on, it’s fine. We try not to surprise him and throw him off balance.”

Jacobson adds later that Tool does not play to a click, making each night a little different.

To some, it may seem surprising to learn everyone at FOH is required to trigger every cue without the use of timecode. Even if that results in a few rim shots every now and then — after all, it’s rock ‘n’ roll. Jacobson spells it out. “The band doesn’t play to a click, so we don’t have a bitstream we can latch onto; hence, we’re responsible for making everything happen on time. If something visual has to be in time, it has to be done by hand.” He later adds, “As consistent as this band is from night-to-night on tempo, they are not machines — which is a good thing.”

Because most songs have intricate timing changes, it adds to the challenge. Says Wilson, “Cueing lasers is a combination of small timed segments that are triggered and then also some free-time clips…., that I manipulate based on the feel or timing of the music.”

Catch Tool with all their magnificent lighting at one of the dates below.