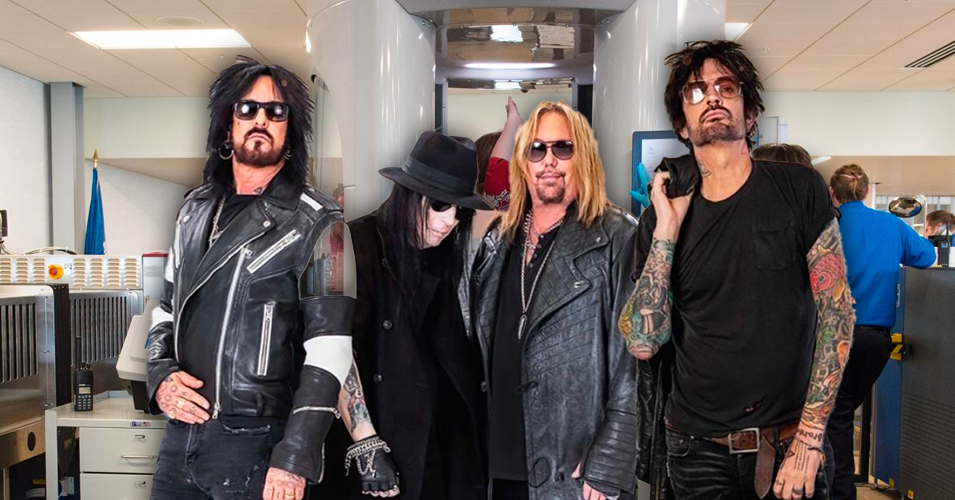 Motley Crue drummer Tommy Lee knows a thing or two about partying and doing drugs. And, in Motley Crue's heyday, they were doing a lot of hard drugs, even as they were touring all over the country and the world. But how did they get the good stuff across state lines or across oceans? Tommy was kind enough to offer advice on how to smuggle drugs internationally.

Lee did so on a recent appearance on Steve-O’s Wild Ride podcast (transcribed by Loudwire). Steve-O, a man with his own history of drug use, asked Lee how they traveled with drugs and Lee was very forthcoming with his answer.

“I never put it in or on my body,” Lee says. “On the ground, if you’re on your tour bus… in the back [there’s a vent] almost like an emergency exit. As soon as we’d stop and pull into immigration, we’d pop the top, nice and slow, take everything, put it up on the roof of the bus and close the ventilation. Dog, immigration dudes come through the bus, ‘Alright, all good. See you guys later.’ As soon as the fuckin’ bus door shut, pop that up and pull it in.”

As for airplanes, Lee explains “The airplane, same deal. On an airplane you’ve got your headliner upholstery. We’d take fuckin’ cocaine, whatever it was, do as much as we could before we get there, whatever’s left we’d stick… above my seat, for some reason, there was a little fuckin’ rip in the headliner, so we’d fuckin’ get the fuckin’ bag of blow and just really crank it down as little as we could and fuckin’ just get it up inside the headliner with a little piece of double-sided tape. You couldn’t tell.”

“I’m sitting there, dude… poo poo in my pants. Just like, ‘Oh my god, oh my god.’ Just freaked out that the [drug-sniffing] dog’s gonna fuckin’ come stop and then jump on my lap and then fuckin’ [find the drugs]. We pulled that off several times and never got busted.”

Lee recently sobered up after a bad bout with alcohol. Last autumn, he told Yahoo! that he started drinking again because he was bored. “I go through these phases where I just want to live a different life and fuck all the dumb shit,” he explains. “And then I decide, ‘You know what? I don’t want to live like that anymore. I want to have a lot of play and be fucked up and stupid and all that shit.’ So, in this particular instance, I had been home… I had all this time at home, not touring, just being at home. I did what I told you. I just enjoyed being home. I literally did nothing. I would just float around drink and just fucking drink.”

He then revealed just how much he was drinking a day.

“I didn’t notice it until towards the end of it, when I was like, ‘Oh dude, I’ve got to stop. This is fucking insane,’” he continues. “Like, I was drinking just out of boredom. I would just wake up and be just building [a glass with] just all vodka and just a little eyedropper of cranberry or lemonade. I was drinking two gallons – not pints, not quarts, but gallons, the big-handles – a day. That’s fucking crazy.

“…I just realized, ‘Whoa dude, you’re drinking enough to like, you could probably die.’ And it wasn’t even fazing me… I just became sort of immune to it.”

Here is a video of Lee recalling his past drug experiences, noting that his favorite drug was heroin.