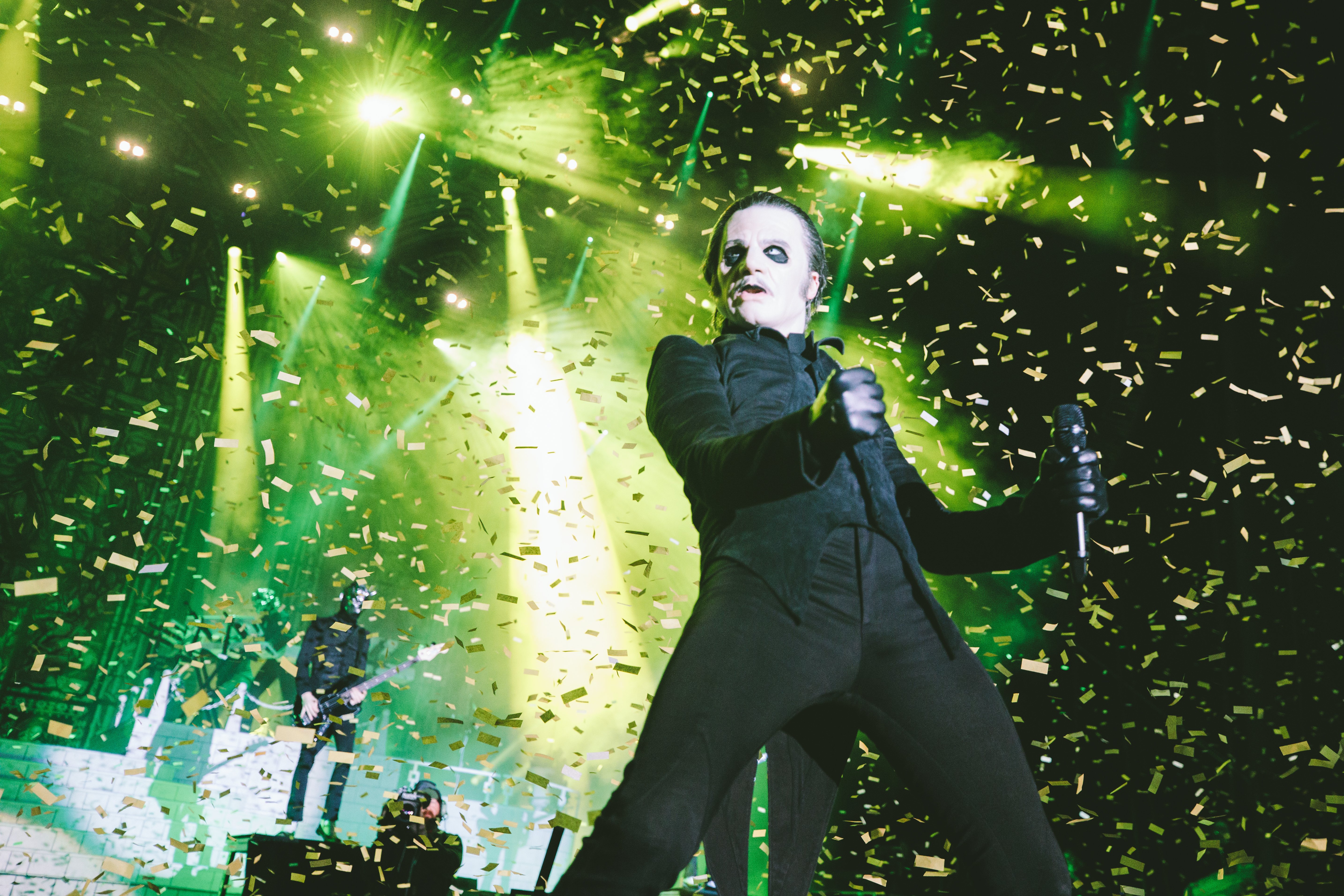 If you've been jonesing for a Ghost ritual lately, especially in Europe, Tobias Forge feels your pain. Ghost—instead of making the typical festival rounds this year—is currently out on a late-summer jaunt through North America with Mastodon and Spiritbox, something Forge seemed to indicate was a decision made partly out of having hands tied.

While be interviewed by Z93 radio program The Morning After, Forge revealed that Ghost were presented with an interesting challenge upon the release of their latest LP, Impera. "We were sort of a little bit out of sync," Forge said. "Impera came out in the spring, and (we) managed to do 50 shows… which was incredible considering where the state of the world was at that point with war and uncertainty, especially in Europe. We were leaving for the tour not knowing if some of these countries [were] gonna be open yet, and that the tour actually happened—there was one show that was canceled because of some sort of safety concern—that was incredible."

Ghost is seemingly on fire of late, finding their way onto viral charts across the globe, and effectively becoming as mainstream as they've ever been, so far. Which is why their absence on the festival circuit this summer was surprising, given that people are practically tripping over themselves to see their shows.

"[W]e had already decided to not do the summer festival route, just because 2022's lineup was 2020's lineups, so there was no place for us," the Ghost ringleader said. "They couldn't cater to a new band coming in, because all the slots were taken since two years back. So we decided, 'Okay, so we're gonna have the summer off. Fantastic. And then we're gonna do a U.S. tour.' And then we decided to sort of hunker down for some time."

Another point Forge made, which I actually agree with, is that as a result of the pandemic, so many bands are playing catch-up, and for the fans, it's just impossible to be everywhere at once.

"There's just simply too much going on right now — so many bands out — and it's just too crowded. And it's hurting everyone, actually. I don't wanna bring out the fiddles for rock and roll music, but trust me when I say that a lot of your favorite bands are really suffering because of… Coming out of COVID, everybody's trying to tour at the same time, and, obviously, people cannot see every band that comes through. So we just decided, 'Let's just stay out of [this].' It's just too much. We're happy for what we got. We are ecstatic about this tour that we're doing now, that people show up, and that's a lot. And also, not to sound too political or too aware of things, but we had a plan to tour in Europe also now in the winter, and Europe is just too weird right now. There's too much going on, and there's a huge energy crisis. So it was a nice relief to feel like, 'Let's come back in March' or something. [Laughs] 'Let's do something else, like, just stay out.' There's plenty of things that we can do, and there's plenty of others that need to do their thing. And we have so much going on in 2023 anyway. We're gonna do the whole fucking world in 2023."

Ghost is currently wrapping up their tour with Spiritbox and Mastodon. Get those dates below.