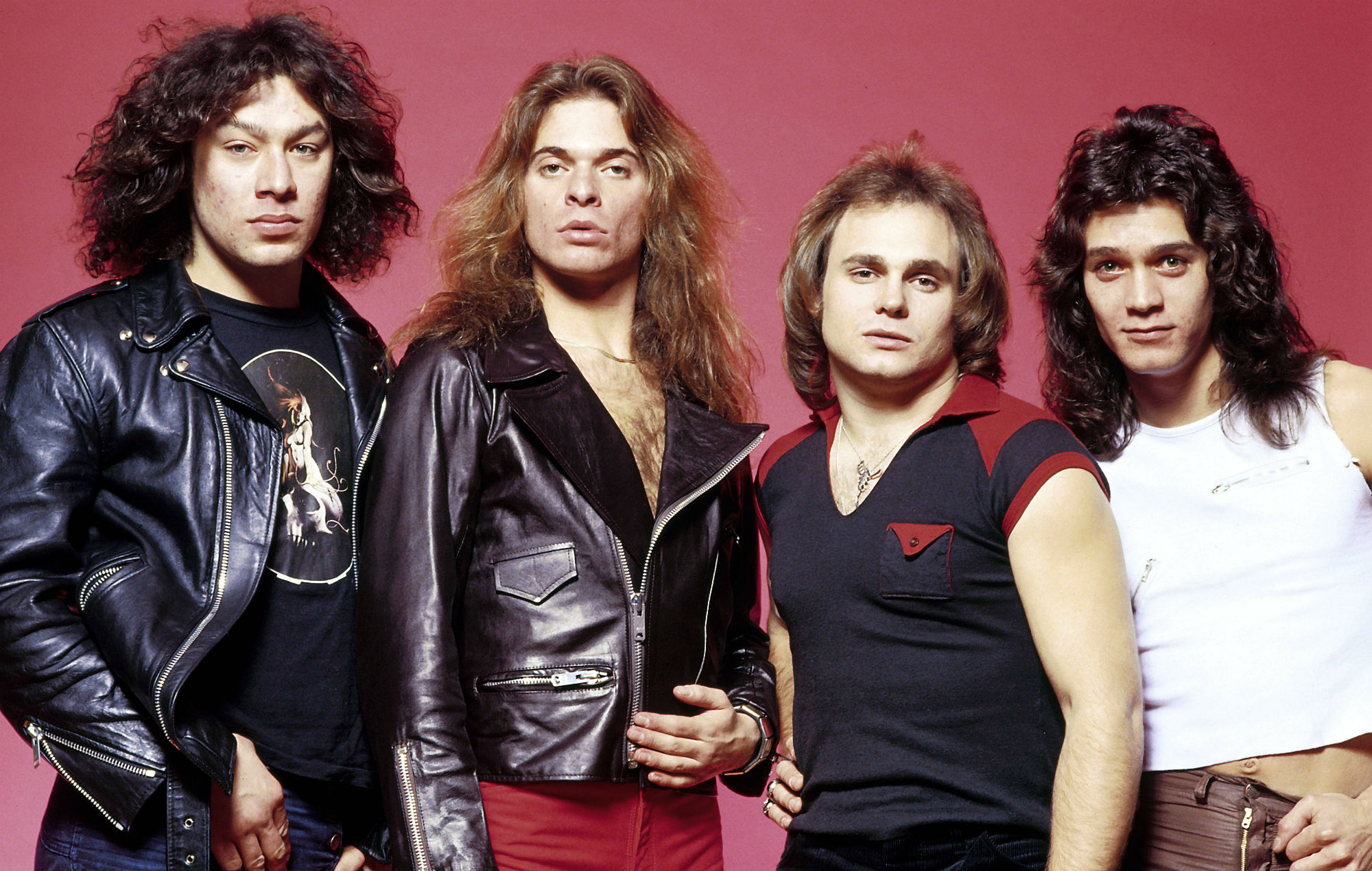 With Eddie's sad passing in 2020, the curtain fell on Van Halen's career. A what a career they had. Multiple platinum records worldwide, including two diamond-selling LPs, a run of four Billboard number one albums in row, and countless massively successful tours. Van Halen achieved an immense amount of success throughout their near fifty year existence. Of course, it wasn't always a bed of roses – the act were never far from lead singer issues, whether it be with original frontman Roth, his replacement Sammy Hagar, or others (more on that later), as well as the treatment and dismissal of long time bassist Anthony. But these issues are now a mere afterthought in the grand scheme of Van Halen's history.

Of course everyone with penchant for rock music knows the Van Halen classics – “Ain’t Talking About Love”, “Hot For Teacher”, “Unchained”, “Panama”, “Why Can’t This Be Love”, etc – but what about the lesser known gems? With 12 studio full lengths, well over a 100 tunes to choose from – as well as a wealth of demo material – there are plenty of excellent Van Halen songs that are forgotten about. So what are they? Let’s, erm, jump in!

Though it was common for Van Halen to include an instrumental piece on their records, mostly to highlight Eddie’s playing – i.e. “Eruption”, “Cathedral”, “316" – having a full blown band-orientated vocal-free number was a rarity. One of the few highlights on 1995’s well below-average Balance, “Baluchitherium” showed that Eddie could easily hang with the new generation of virtuoso guitarists that he inspired. EVH’s tone and playing is incredible, firing off tidy licks and some excellent melodies – it’s not a masterbatory piece of music, instead a very underrated song that shows a master in full flight.

"Ballot or the Bullet"

The universally accepted worst Van Halen record, 1998’s ill-fated Gary Cherone fronted III album has few redeeming features. Honestly there’s a lot of bad stuff on here, and for an act who’s always had great sounding material, III’s muddy, vocal-heavy production does not help. “Ballot or the Bullet”, tucked way down the back end of the LP, is easily one of the best tracks. A straight ahead rocker with some great riffs, Eddie reaches deep into the blues playbook with some very un-EVH slide guitar licks. A dud of a release, but true Van Halen fans can seperate the gold from the dross.

The first new Van Halen full length in almost two decades, A Different Kind Of Truth saw the brothers Eddie and Alex reunite with David Lee Roth, as well as recruit Eddie’s then-teenaged son Wolfgang on bass. The band sounded inspired, with some of the 2012 album’s material dating back to their pre-debut demos days. However we decided to focus one the tracks freshly written for this record – the muscular “Honeybabysweetiedoll”. One of the LP’s heaviest tunes, the big riffs and low end mesh perfectly with Roth's baritone vocals – which at this point in his career, is where he sounds his best. The bridge and solo sections are definitely the highlight on the song, and makes for some the most exciting moments on all of A Different Kind Of Truth.

Both the most menacing and casual track from Van Halen’s first record with Sammy Hagar, the 5150 closer “Inside” is in stark contrast to the relatively radio-friendly material it sits behind. It’s also easily the least well known song from their seventh release. While the band leaned heavily on 5150 for it’s subsequent tour, “Inside” was never performed live by them. Driven along by a thick, constant synth line and vocal hook, the tune has a very loose vibe to it, before fading out behind a wall of talking voices – it’s got a real ‘end of the album’ feel to it.

You’d be hard pressed to call anything on Van Halen’s game changing debut underrated – it is one of the greatest arrivals by any artist ever – but towards the back end of the self titled LP there’s a couple of classics that don’t get as much love. The darkly melodic “Little Dreamer” is certainly one of those examples, and was only sporadically played by the group throughout their tenure . Based around an slinking main riff, Roth’s lower register vocals and an excellent groove, special mention must also be made towards the amazing backing vocals from Michael Anthony and Eddie Van Halen – it was one the group’s most underrated aspects. A sublime track more Van Halen fans need to dig.

One of a very few original Roth-era songs that was never played live, FairWarning’s “Push Comes To Shove” is a moody, melodic, almost R&B style jam. Anchored by a tight playing from the band’s rhythm section – especially Michael Anthony’s bass line – the grooving piece is a super underrated Van Halen deep cut. And what an amazing guitar solo from EVH – it alone almost makes the track worthy of inclusion. Fair Warning is often cited as Van Halen’s darkest record, and “Push Comes To Shove” gives off a serious, straight faced atmosphere that is a rarity from the four-piece's original lineup.

Taken from the rushed and covers-filled Diver Down, “Secrets” is a great underrated, original Van Halen track. A restrained, shuffling number from the group, the distortion is turned down a couple notches, which gives David Lee Roth plenty of space for his vocals, as well as the almost sparkly sounding main riff. There’s a lot of diverse and different material from the band on Diver Down – some of it works, some doesn’t – but the more relaxed “Secrets” is a nice change from the Van Halen’s usual, adrenaline filled party anthems.

The keyboard-heavy OU812’s most rollicking number, “Source of Infection” is built around that pumped up, “Hot For Teacher” style ultra-boogie. The fifth track on Van Halen’s second release with Hagar, it was only played live three times – which is a shame, as it’s loose, rockin’ feel would work fantastically live – especially if segued into the aforementioned “Hot For Teacher”. Instead, both band and fans were more focused on OU812’s more poppy hits, and sadly “Source of Infection” has been seemingly long forgotten about.

Taken from For Unlawful Carnal Knowledge, arguably the best album from the Hagar-era – certainly the hardest rocking – “Spanked” is a track that is rarely talked about. It’s the lowest tuned Van Halen song ever, with EVH playing a Danelectro baritone guitar a full octave below the standard guitar range. You’d think that this tuning and gear anomaly would make for a high point of interest for the many guitar nerds that (rightly) worship Eddie, but nay. The tune has lots of groove and cool riffs, and the chorus is so catchy and well-written – well, not lyrically, Sammy’s lame tales about adult hotlines are dated at best. But, this aside, it’s still a great, forgotten Van Halen gem.

One of the most incredible things about the early days of Van Halen is sheer amount of material they had composed before they got signed – their first six LPs (and 2012’s A Different Kind of Truth) were littered with material that were originally demos from as early as 1973. One of the tracks that never made it to an album-proper is the driving “We Die Bold”. Recorded with Ted Templeman, who wound up working with the band on those original half-dozen full-lengths, the fully formed “We Die Bold” is a riff driven hard rocker, with an instantly memorable chorus. Whilst it’s obviously a quick and rough demo, the talent and potential of every member is instantly grabbing. What a group.

How did we fare? Van Halen has such a deep back catalogue, as well as so many legendary demo tunes kicking around, so we know that there are plenty more deep cuts out there! So what are they? Let us know in the comments!