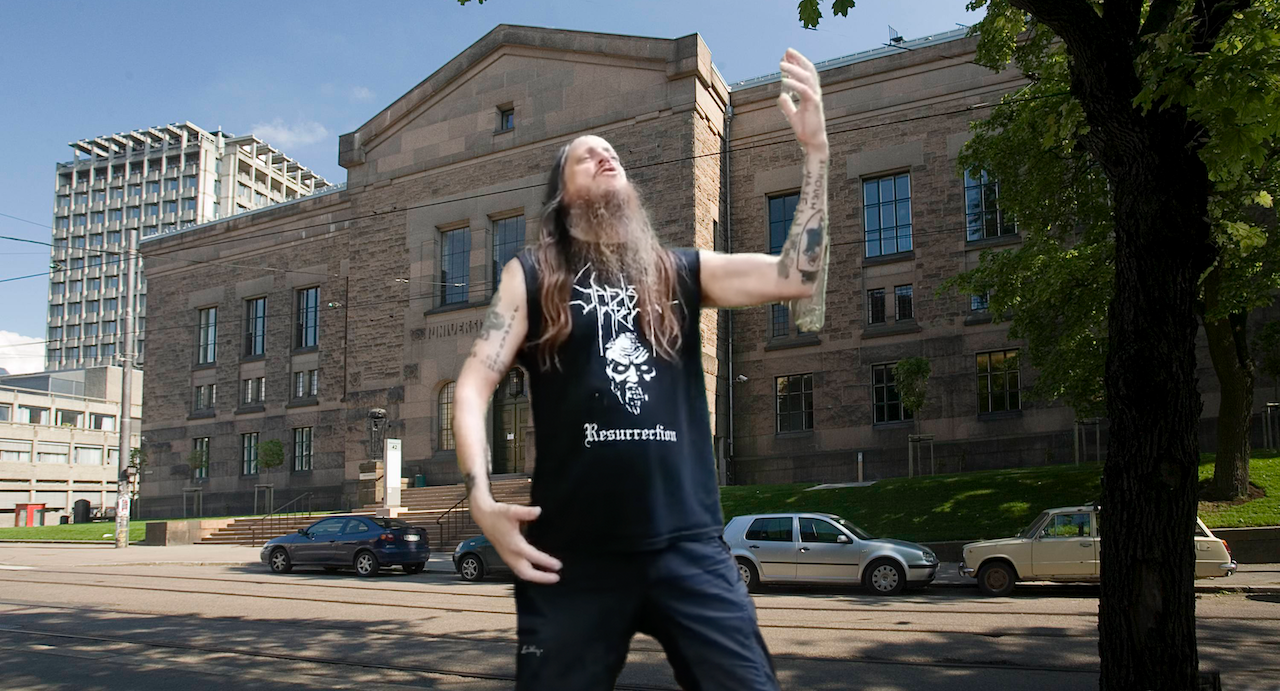 There are certainly many documentaries to be found on the internet and elsewhere if one wanted to really dive deep into the realm of black metal and its haunting legacy. Black metal was even given the Hollywood treatment in director Jonas Åkerlund's 2018 film Lords of Chaos, which chronicled the church burnings and the bands associated with early black metal in Norway to a strangely amazing effect. But, let's face it: nobody cares much about anything unless it's hanging on a museum wall. Which is exactly what will be going down in Norway next year, as the National Library in the nation's capital of Oslo will be exhibiting a black metal curation unlike anything that's ever been seen before.

There's no full rundown yet of what the exhibit will fully feature, but given the locale, I'm sure we can expect an authentically sobering display of the early Norwegian black metal scene in all its tragic glory. You can visit the Nation Library of Norway at their website here. (Note: it is written in Norwegian, so you will need to translate the page).