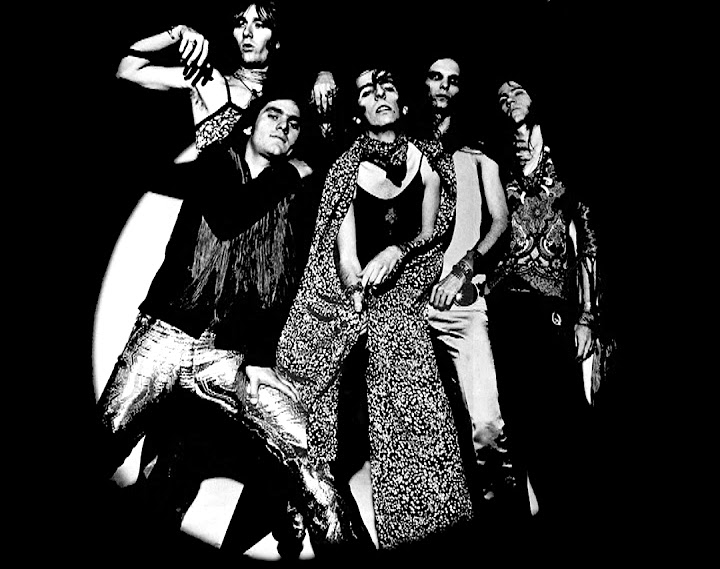 Fans of the glory days of the original Alice Cooper Group (which should be everybody) are going to be quite happy in 2023, as Alice himself confirmed that he's been writing and recording pretty closely with members of the remaining members of the original band, which features guitarist Michael Bruce, bassist Dennis Dunaway, and drummer Neal Smith.

“We’re working pretty close right now,” Alice told Ultimate Classic Rock as part of a Q&A panel at the Motor City Comic Con, this past weekend in The Coop's beloved city of Detroit. “We wrote, like, 12 songs together [for future projects].” Smith, Dunaway and Bruce all guested on Alice Cooper's latest LP, Detroit Muscle, playing on the tracks "I Hate You" and "Social Debris." They also made scattered appearances on Cooper's 2017 LP, Paranormal.

Alice didn't indicate any kind of timeline for what he seemed to hint would be a full album, described as a “real, total Alice Cooper project.” And while he didn't fully elaborate on what that meant, Cooper did reveal who else was working alongside him in addition to Smith, Dunaway, and Bruce, telling Ultimate Classic Rock that he's paired up again with producer Bob Ezrin (Pink Floyd, Jane's Addiction), who also produced Detroit Muscle.

“We never know when that stuff’s gonna come out if it’s going to make the next album or an album after that — it’s sort of like putting songs in a bank,” Cooper said. “If I have time off I’ll get a call from Bob [Ezrin]: ‘I’ve got an idea for something,’ and we just start writing. It’s a continuing process. They kind of take on their own life, these things do.

"A lot of times a story happens; I start reading the lyrics and realize, ‘Oh, my God, this is a storyline!’ I just kind of surprise myself once in awhile, because I didn’t set out to make anything be a storyline. We just never stop writing, and we’re just trying to write great songs and then see what fits together.”

In the meantime, Cooper will be a guest of the Misfits this Halloween season, as Alice will set the stage for the punk legends in Dallas, along with The Distillers, at the Dos Equis Pavillion on October 29. You can find tickets here.