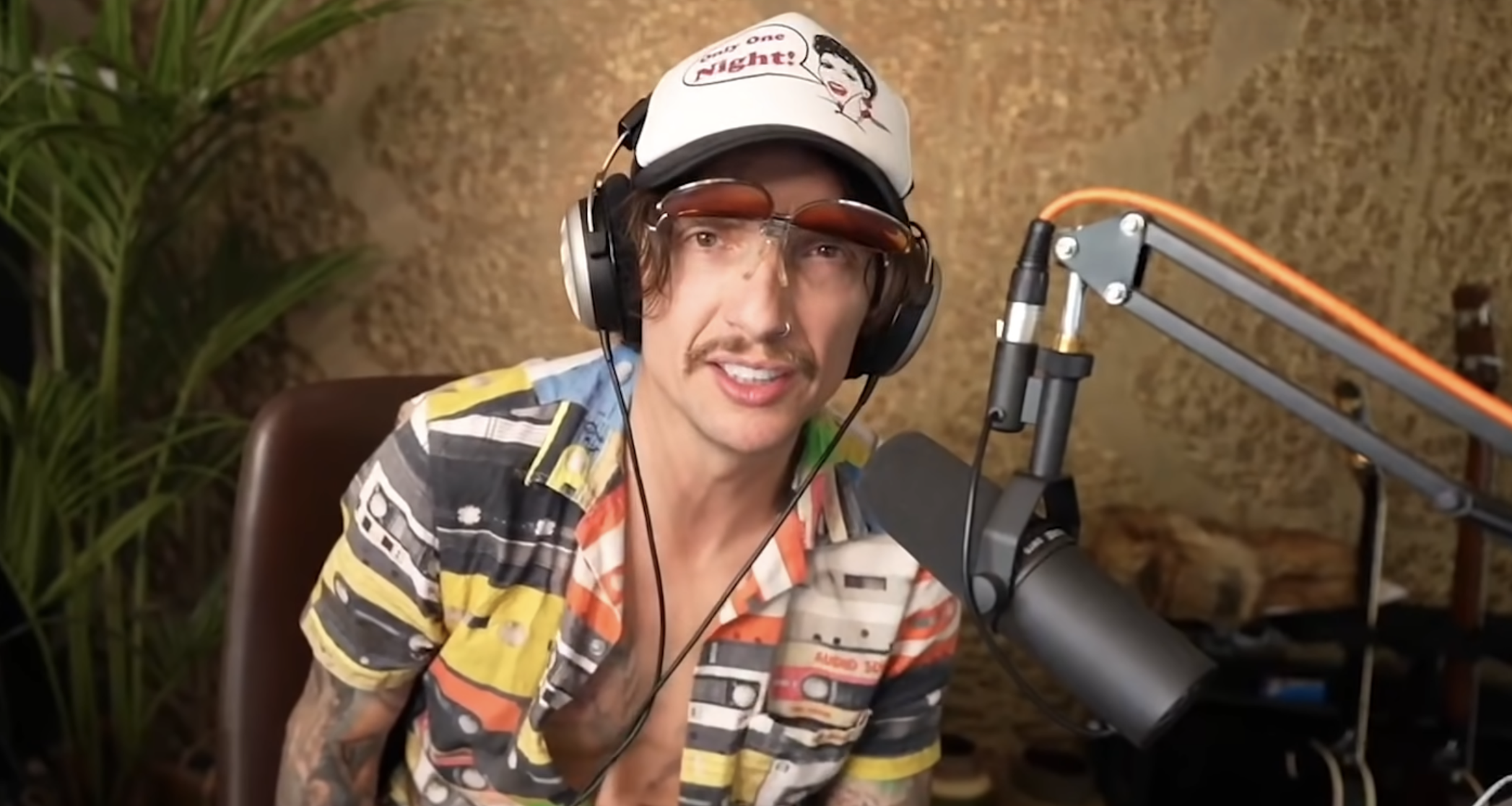 Last week, a video surfaced of Jon Bon Jovi struggling to get through a performance of the Bon Jovi classic, "Wanted Dead or Alive," as well as a few other tracks. It's not clear right now what's going on – whether it's just a handful fo bad nights or something more worrisome is happening – but still, the performances turned quite a few heads. The Darkness' Justin Hawkins weighed in via his YouTube channel, Justin Hawkins Rides Again, and he seems genuinely bummed.

“My career is not as long as Jon Bon Jovi’s, and not as big as well. Even at the level that we’ve experienced, if you’re in a situation like that and you can’t deliver the goods and you can’t give your audience what they deserve, that’s horrible — it’s a horrible feeling — and you don’t enjoy touring in that condition; you just wanna go home. And I expect he’s feeling the same way, really. But there must be a huge machine around Bon Jovi that stops him from being able to pull the plug on it, really, which is what needs to happen, I think. I mean, I’m not talking about pull the plug forever.

"It sounds like he needs some kind of therapy. And I think a lot of the time, a situation like that… It doesn't sound like it's a polyp or some sort of lump on his vocal cords 'cause that would be more unpredictable — he would be hitting the notes and then it would squeak off and it would do something unexpected. You know that sort of sound when you're entering puberty and your voice becomes unpredictable. Sometimes when you have a growth or a lump on your vocal cords, it can cause that kind of… Unexpected things happen to your voice. Even if you're an experienced singer and you can just hold a note, it will squeak off when you're not expecting it, and it's very hard to sing around those things. But that's not what's happening here. This sounds like he's super tired. Everything's [tuned] down, but he's still… You have to sing a lot with an adjusted key like that to find the sort of muscle memory in your vocal cords anyway, but he's struggling with that, not because it's low; it's just 'cause he's tired. And I think he's psychologically… I don't know… It sounds like something he's gonna need some therapy with — actually talk to somebody and try and coax the performances back out. It doesn't sound to me like there's damage in there. I'm not a doctor but I've experienced voice problems before. And to hold a note with it being off key suggests some pitching issues that might be to do with hearing as well.

"It's not fun to watch this and it isn't fun to regard one of the greats. He's a great singer — he always has been — but this sounds like something is eating away at him from the inside. And I don't think it's a voice injury; I think it's more of something like a manifestation of performance anxiety that's stopping him from delivering his trademark Gale Force 10 mega vocal that you need on these huge tracks, these anthemic mega hits. And I feel like the people around him need to tell him to stop. It must be difficult when…

“I suppose if you’re afraid of getting the sack, I suppose it’s difficult to talk to a singer in that way. I don’t know what the dynamic is in their organization, but I think if I was working for Jon Bon Jovi and I cared about the ‘brand,’ I would ask him to consider canceling the tour and getting some medical attention.

“It saddens me to see it. I’m sure we’re all disappointed.”

We imagine there's a fraternal order, if you will, among vocalists. Hawkins—from one singer to another—seems legitimately bummed. Still, anybody who knows Jon Bon Jovi knows this much: he's not a dude who surrounds himself with yes men.

You can watch Hawkins' complete comments below, as well as a few of the performances.

Watch a few of the performances below.