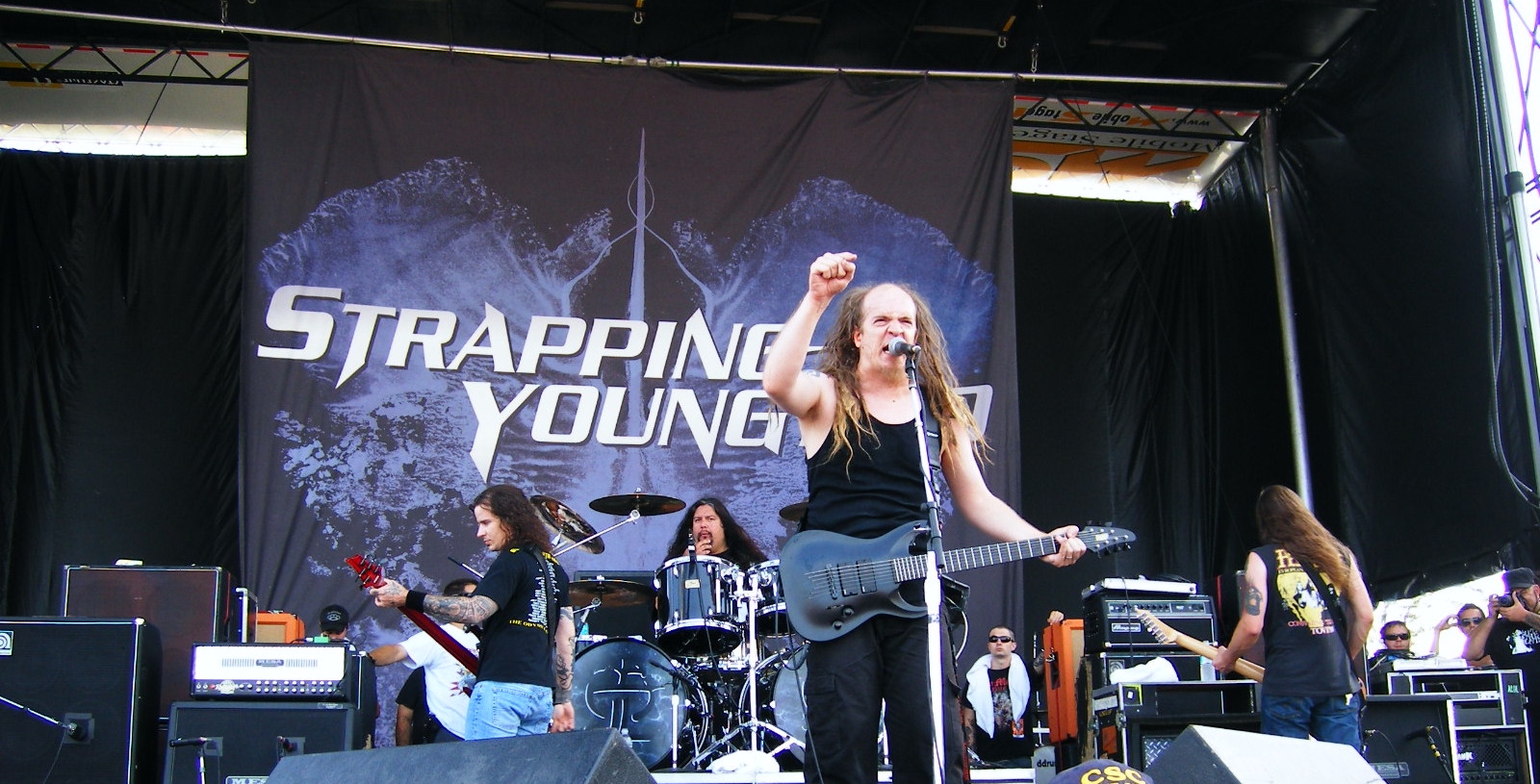 Gene Hoglan spent quite a bit of time in Strapping Young Lad, drumming for the group between 1996 and 1998, and then again between 2002 and 2007. In an interview with Metal Injection, Hoglan recalls recording Strapping Young Lad's 1997 album City and accidentally blowing the minds of both Ross Robinson and Korn in the process.

"After [being in Death and doing Symbolic], I was kind of looking for something next level and exciting, and just powerful and psychotically heavy. That's why Strapping Young Lad – Devin Townsend – was just an absolute blessing dropped into my lap, because that was exactly what I was hoping for. Devin had quite a number of [the] tunes written on… he was a good drum programmer, too. That was really good, Devin's work on the drum programming. That was one of my first – I think that was my first [times where I thought] 'wow, this guy programs really cool beats! Try to learn those and don't put your own Gene-isms to it.' Those beats that Devin's come up with, those songs are killer. Songs like 'Home Nucleonics' and 'All Hail The New Flesh' and 'Detox' and 'Centipede' and 'AAA,' those were all part of this kickass demo that he brought."

"I remember Korn was in the same studio. Ross Robinson was telling me later that… he's like, 'we were in the next room over and we just heard this unbelievable psychosis coming from this room that we were just like, what the hell? So we just stood outside your door for about you know, a long time just listening to this psychosis happening in that room. Like, what the hell is going on? This drummer is just destroying it!' I had known Ross for years by then and maybe he wasn't aware that it was myself and Devin."

Hoglan later said the song that Robinson and Korn both heard could've been "Oh My Fucking God." Check out the extensive interview in full below, and go jam "Oh My Fucking God" as loud as possible. That song is completely insane.