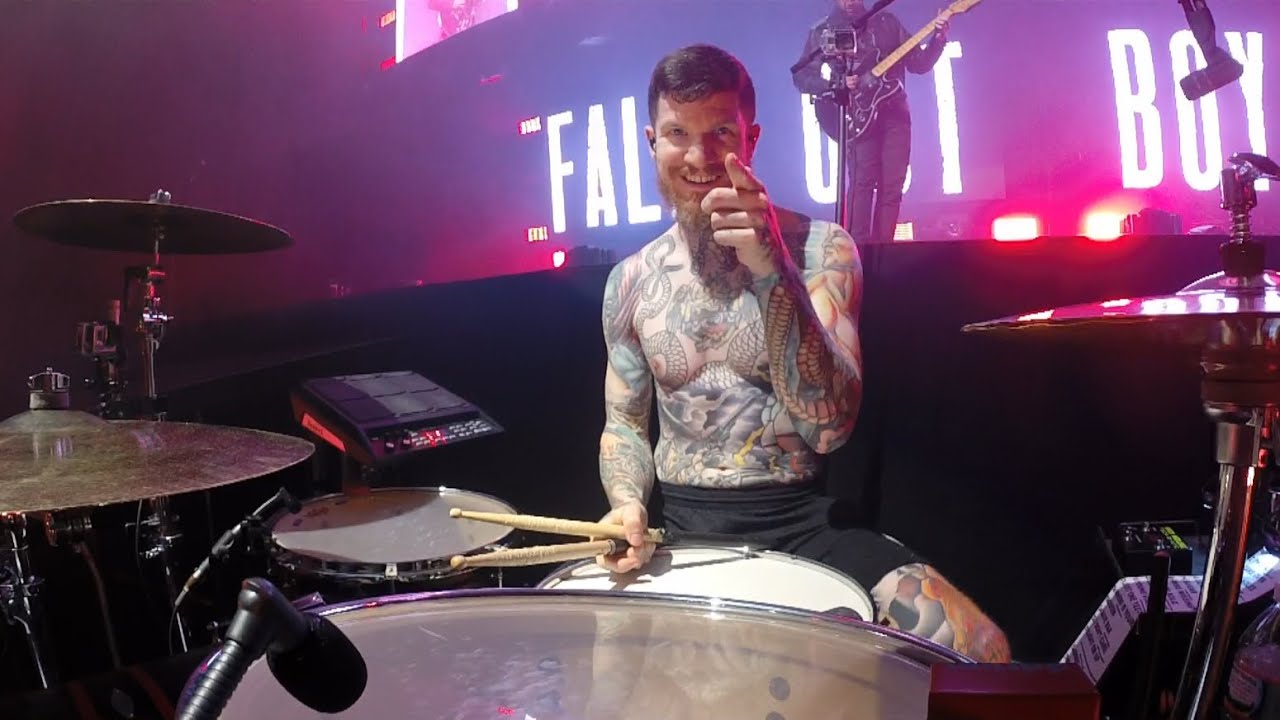 Fall Out Boy drummer Andy Hurley's hardcore and metal résumé is pretty extensive, from being in bands like The Damned Things and Racetraitor, to covering Cannibal Corpse with Fall Out Boy live (the video has since been taken down). Now in an interview with The Downbeat podcast, Hurley recounts the time he got to sound check with Behemoth to their song "Ora Pro Nobis Lucifer." Hurley said the whole experience didn't exactly go smoothly – from not knowing that Behemoth didn't have a count-off on their songs to a weird drum throne – but overall had a blast! Literally and figuratively.

"So, Andrea or Dre as I refer to her, who's in Racetraitor, she was driving for Wolves in the Throne Room – they were on that tour [with Behemoth] and are great. She hit me up because she was in town and we went out to eat. I love Behemoth, and she was like 'hey, they do like a sound check and they bring fans up to play. Would you want to do that? Because I can get that to happen.' I was like there's no way. I'm not ready. Super embarrassed. And she's just like 'dude, you gotta do it.' Because she already hit someone up so I was like fuck, I have to do it. This is my chance to do it.

"So I just like went home, listened to the song, I can't remember what song it was. Over and over I listened, played it in the car, you know, tapping. And then I got there. I meet them, they're super cool. I get on stage… they start the track. And I have no idea what their count in is. They don't have a count in. We [in Fall Out Boy] have a count in that's 5,6,7,8 for every song… Behemoth didn't have a count in, so it just starts. And I didn't come in because I had no idea…. and it was super embarrassing. So they explain [that] we come in here, and I wouldn't say I nailed it.

"There was a few things happening. One thing that happened is the drum throne. I don't know if this was a prank they pulled on me or something, it could've been. But, the legs… the middle of it dropped so it was moving around. So I was holding myself up which was brutal. Dude, I have to hold myself up with a song I just learned? It was awesome. It was super fun. I fucked up the ride part because I was super nervous. I was tight and I was rushing a little bit. But it was so much fun, it ruled."

Check out footage of the soundcheck below.