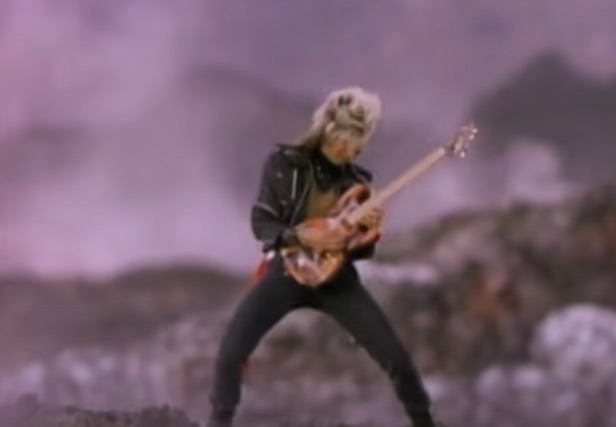 So how did Dokken guitarist George Lynch (aka Mr. Scary) end up on top of an active volcano in Hawaii? Here's the completely metal story as well as photos of Lynch shredding for his life while the volcano started to spew smoking hot steam, making it difficult for the guitarist to breathe. But before we get to that, there are a couple of things to clear up about when Dokken was in Hawaii to film the video for "Just Got Lucky" in the first place.

It's been noted Dokken was opening shows for Dio during his Sacred Heart Tour, and this was the reason the band was in Hawaii in December of 1985. While it's true Dokken did open shows for Dio during 1985 (and 1986), this was primarily the job for Keel, Yngwie Malmsteen and LA band, Rough Cutt. On sites that catalog historical tour data, it appears that Yngwie Malmsteen was the opening act when Dio rolled through the Neal S. Blaisdell Arena in Honolulu, Hawaii on December 11, 1985. The site Dio.net says the gig never happened and others do not list this show in Dio's tour history. In a profile on the video's director, the prolific Wayne Isham the year 1985 is credited for the videos creation. But this isn't correct either. Luckily, after tracking down an old VH1 special, 100 Most Metal Moments (originally broadcast in 2004), we can now clear this all up.

The video for Just Got Lucky was highlighted on the show, hosted and narrated by Dee Snider in May of 2004. During the segment on Lynch's seranade to a pissed off volcano, Snider states the release year of the Just Got Lucky video as 1984. And Dokken was in fact actively touring with Dio in 1984 when he was out on the road supporting The Last in Line and one of the stop on said tour was at the aforementioned Neal S. Blaisdell Arena on December 2nd, 1984. The segment itself placed Lynch's heavy metal serenade to a pissed off volcano at #18 of the most metal moments in history, which feels about right as it really is Top 20 material. Here's a bit from the video in which vocalist Don Dokken spoke about about Isham's vision to film a part of the video on top of a volcano ready to blow:

"He [Wayne Isham] has the quirky thing about him where he likes to put people in precarious places. So George flew up there in a helicopter and got out with his guitar and walked about 100 yards. And his boots started melting."

And, as the most volcanic activity in the Hawaiian islands takes place on the Big Island of Hawaiʻi, specifically Mt. Kīlauea which has been in a state of constant eruption since 1983. In fact, according to the log that collects data on Kīlauea's activity, it did erupt on December 3rd, 1984, the day after Dokken's gig with Dio, resulting in a fourteen-plus hour expulsion of lava. Knowing this, I feel it's probably safe to say this is exactly where Lynch's video solo for "Just Got Lucky" was filmed.

In the video, you can see Lynch being washed over by the steam from the volcano. In other scenes you can see him playing perilously close to the volcano's crater. It's not clear how long the video shoot lasted but as the video draws to a close, the sky is clearly much darker than it was earlier in the video. As Lynch and the volcano kept cooking, it not only became more difficult for Lynch to breathe, it became clear his shoes were not going to hold out forever. As it got darker, the lava continued to rise, becoming a real threat to Lynch and the crew. At this point, the park rangers monitoring the scene told them they needed to get off of the volcano as fast as they could. As they left, the plane which extracted them circled the site to take more footage of the volcano and actually got to see it erupt shortly after they had evacuated–some accounts put the timing at a mere 25 minutes before the first explosion of lava. Talk about just getting lucky. So here's the lesson here my heavy metal pals, you might be hot, but you'll never be as hot as George Lynch ripping out a sweet solo on the top of an active volcano hot. They don't call him Mr. Scary for nothing. 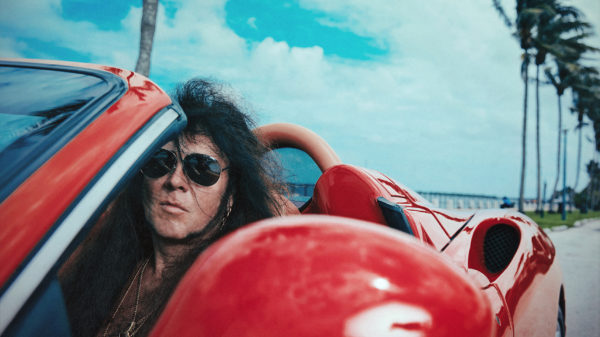