REX BROWN On Coming PANTERA Shows: "This Is Gonna Be One Hell Of A Ride"
Metal fans like weed? Who would've guessed.

How is it that of all the metal bands in existence, Sleep wasn't the first band to open up a weed dispensary? Regardless, Flotsam and Jetsam rhythm section Michael Spencer and Jason Bittner (also of Shadows Fall), alongside other professionals, have opened up a medical marijuana dispensary in Ukiah, CA, called Revolution Emporium.

In an interview with Metal Insider, Bittner says the goal for the emporium is to be as musician-friendly as possible and to inform the public about the uses of medical marijuana in place of prescription medication. He also says that the dispensary is essentially to pay the bills that being in a band can't.

“There comes a point in time in your life when you’re between 40 and 50 years old and you have a mortgage and families to support,” he tells us. “You can’t go out on a tour that makes $500 a week. When you’re a kid, of course you can do it, but you can’t do it as an adult. It puts a lot of musicians in a terrible dilemma.”

Bittner, a medical marijuana user himself due to his pancreatitis, adds that the venture is non-profit and that the collective does plan on donating money to charities as well.

“We never heard like, ‘Oh, you’re opening what? That’s a bad idea.’ It was more like, ‘Oh, get ready to make money. You’re going to be rich soon,’” Bittner says. “Things like that. But, once again we’re not banking on any of that. We are a non-profit. If there’s profit to be made we’re going to be giving back in some way, shape or form. We’d like to see something come out of this, but the point is, under Prop 215 we have a cost recovery transaction, which means that for what we put in we’re allowed to reimburse ourselves for our time and our effort and for our product procurement and whatever is involved with that. Everything’s going to be legit. The last thing two people in a known band need is some kind of tax evasion scandal.”

We wish the whole collective the best of luck with the endeavor, and hopefully the next time we post about them, it'll be because they've given money to a good cause!

In this article: flotsam and jetsam, shadows fall, weed 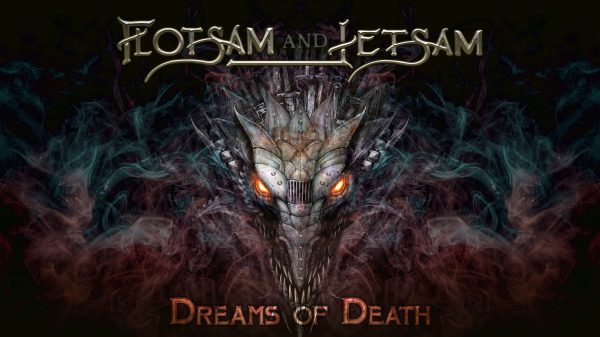