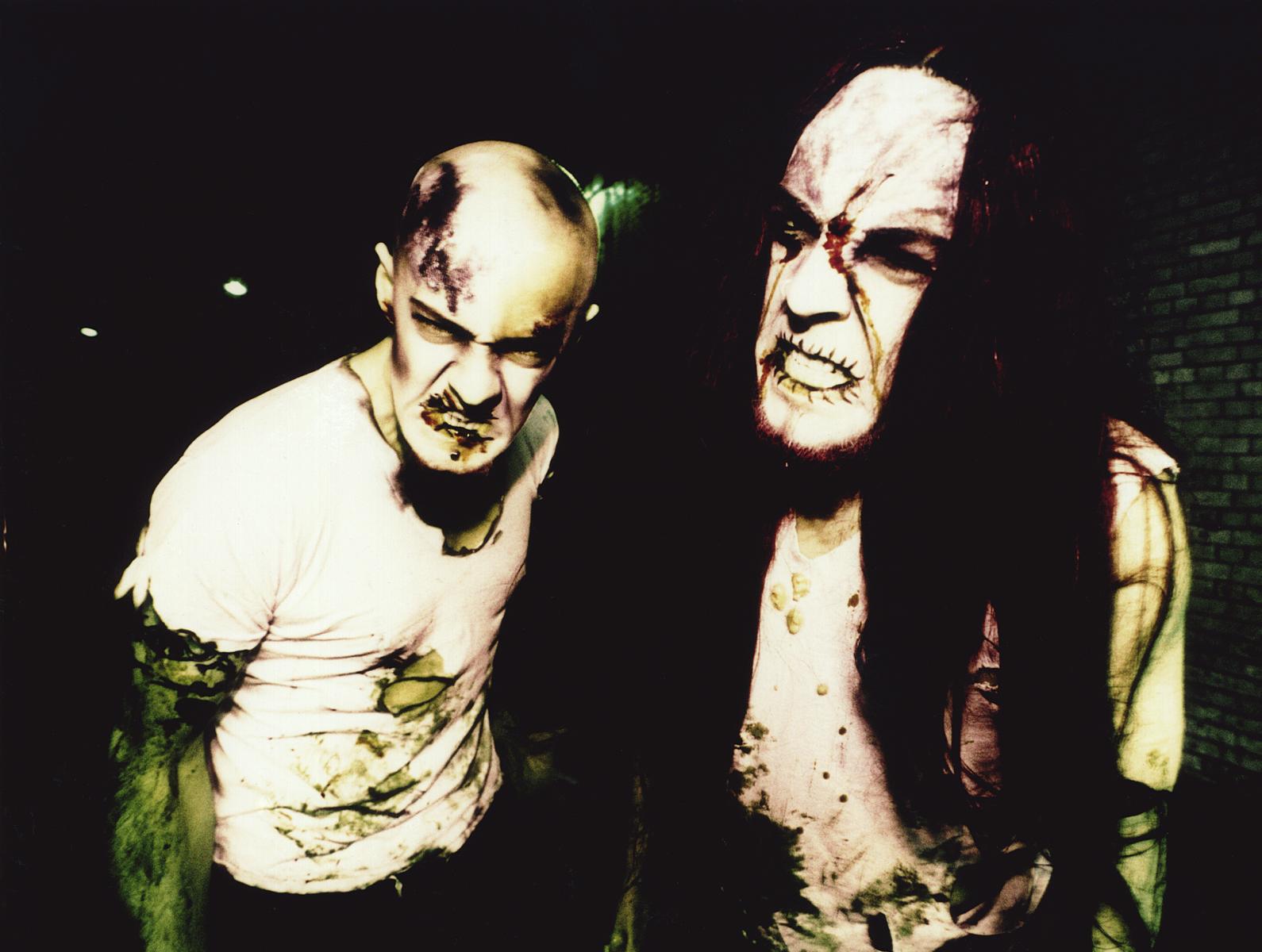 You don't need us to tell you how awesome Satyricon is. They're one of the most epic and experimental bands in all of black metal.

The group is set to re-release their genre-bending album Rebel Extravaganza through Napalm Records on December 13th in commemoration of its 20th anniversary.

Longtime Satyricon drummer Frost caught up with Metal Injection to talk two decades of their game-changing record, the trends in black metal at the end of the 90's, performing on Slayer's farewell tour and more!

On 20th Anniversary of Rebel Extravaganza

It's true enough that Rebel Extravaganza is a different album. It's one that stands out even in our discography of rather creative works. I have always thought that each Satyricon album represents a musical world of its own and it doesn't resemble any of the others. There are no two versions of the same album or anything to be found in Satyricon's catalog.

But even so, there's some kind of line of development that can be felt when it comes to several of the albums. You can hear that evolution has happened along a specific line. If you take Volcano, Now, Diabolical and The Age of Nero for instance, there's some kind of a linear development that can be heard while Rebel Extravaganza is so different from them. Nemesis Divina came out before it and it's also very, very different from Volcano that came after it. So I still think of Rebel Extravaganza, not only as a turning point, but very much like a one-off album. It's the oddball among oddballs.

Performing the Album in Full at Tons of Rock

It was interesting for us to go into that universe again and start to actually learn the songs anew. We did perform the album live in its entirety this summer at the festival here in Norway. So we had to learn everything again. There were so many arrangements that I had forgotten about. Starting to play the songs again, I started to remember the intensity of it all and how extreme it is and how furious and aggressive that album really was.

It's not that I have thought of a Rebel Extravaganza in a different way, but now that 20 years has passed and then we start to learn the old songs again in order to perform them live we get in touch with the material in a much stronger way. And that made me realize that Rebel Extravaganza is really a beast of an album. It's very hostile and very aggressive, very cold and dark and a powerful thing. And it's probably also very telling of where Satyricon was at the end of the 90's. There's a feeling of a certain zeitgeist on the album. 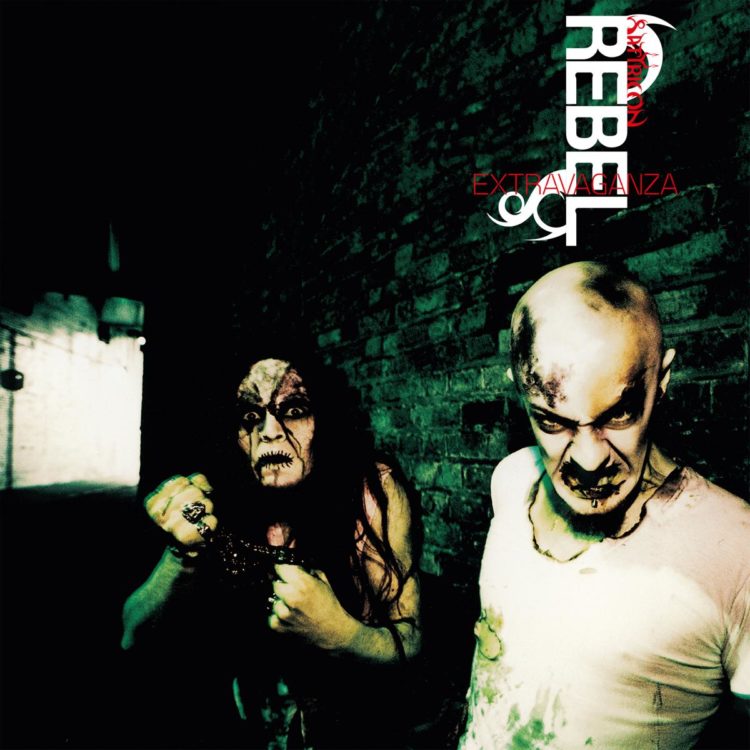 On the Direction of Black Metal in the Late 90's

With each new album that you make you want to improve and to develop, and to learn something new and you want to create something new. That's like a founding principle for Satyricon that we should never replicate what the others have done, nor should we ever replicate ourselves. We should always bring something new to the table when you release a new album. It was nothing different when Rebel Extravaganza was released. We really wanted to preserve that idea on that principle, but also felt obliged to show that we went in a different direction than what most bands were doing at the time because we didn't appreciate the turn of events. We didn't feel that stronger and stronger Gothic influence in black metal was healthy or beneficial in any way because it took away the extreme appeal of the music. It took away so many of the qualities that made black metal something very different, something that we could appreciate and something that had such specific qualities.

More and more bands were starting to use synthesizers as their main instrument, having cleaner vocals and female vocals and lots of melodies and harmonies and making use of gothic imagery and all of that. It started to become so soft and the grimmness and the darkness and the filth was kind of all gone. And that was how it felt in general in the end of the 90's, and we felt that we couldn't be part of that. So in order to take a certain responsibility as leaders or as leading acts in the scene, we felt that not only should we be careful to preserve the principles that have always been important to us, which is to be creative and to develop, this time we also had to make sure that we help to pull black metal in a different direction than the Gothic one, at least do our very best to show a very different path. Hense that made Rebel Extravaganza so unconventional and so harsh and hostile and cold hearted as it became. It made us want to purify some of those principles that we probably would have brought into the album anyway. But the situation at the time probably inspired us to take that even further and to cultivate it even more and take it in a different direction than the Gothic one.

On the Health of Satyr and Bassist Anders Odden
Advertisement. Scroll to continue reading.

He's one very, very strong individual and he seems to be able to cope both with the brain tumour that he has as well as the back problems that have been haunting him for quite some time. He went through severe back surgery this autumn. And it was a major operation and I think that he has been suffering from the effects of that. I don't know whether those could be complications or not, because it takes such a long while to rest after a heavy back surgery. You have to expect some pains and you have to expect difficulties and you expect quite a bit of struggle. And he's going through all that. But he's able to cope, that's my impression. It seems like he's just unbreakable that man. I so strongly hope that he will get through it all and continue on that very, very fine line.

Our bass player in the live band Anders (Odden) has been diagnosed with cancer and is going through chemotherapy. That's very heavy shit as well. He too seems to manage this very, very challenging situation. The band is still gathering every now and then to have some rehearsals in order to have continuity in our work and to not lose the trend. We will meet again next week to rehearse again. I believe that they will be fine rehearsals and they will be fruitful. So the band is still functioning, despite all the trouble and all the challenges.

On Performing with Slayer in their Final Show in Bulgaria

I mean, that was a very particular show for us as Slayer has been everything from childhood heroes to an inspiration for us in adult age and a band that we still listen to a lot and have a very particular relationship with. That music has mattered a lot to us all, and I guess most metal fans feel that way. But those of us that became musicians perhaps have been even stronger connected to music. It has even more respect and fondness for musical work of others who have halped shape us as individuals and musicians.

Sharing the stage with such a huge iconic, important band, of course means a lot to us. It's about respect. It's also about good music and to share the stage with someone that have been representing something larger than life for several decades, that's really not a small thing at all. It's something that I will remember with fondness for the rest of my life. To be able to see their show being the last tour that they ever do and knowing that we have been on the very same stage just prior to them. That's something very, very special even for us who have been touring for a long while.

On The Future of Satyricon

Satyricon is going to have very, very interesting future. Just like Rebel Extravaganza was something very, very different 20 years ago, now we're probably gonna embark upon a musical project that's something totally different from that again and from anything that we have been doing so far. So we continue on our journey of being progressive and creative and an unconventional band that's for sure.