MOTLEY CRUE, DEF LEPPARD, POISON To Tour Stadiums in 2020, According to Multiple Sources

Rock is back in 2020 (as long as your band has been around for at least 30 years). This weekend, Motley Crue shared a fan petition to get them to reunite fueling speculation that a reunion tour might be on the books.

Well, now Rolling Stone confirmed with their own sources that a huge stadium tour is being scheduled to feature Motley Crue, Def Leppard and Poison – with ticket prices likely matching the combined age of all the musicians involved in the tour.

Update: Hours after this story broke, Motley Crue themselves confirmed they will tour again with the release of a new teaser video.

You might remember Motley Crue promised their last tour, dubbed The Final Tour would be their, uhh, final one – with the last gig being the Forum in Los Angeles on December 31st, 2015. The four members even went so far as to sign a “cessation of touring agreement,” a legally binding document that says they wouldn't be allowed to tour again. Of course there was a loophole. 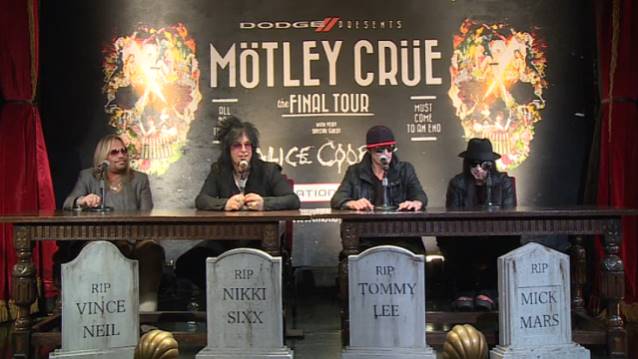 Nikki Sixx told Rolling Stone in 2014 “The only loophole is if all four band members agreed to do it, we could override our own contract. But we know that will never happen. There are people in this band who will refuse to ever do it again, and you’re talking to one of them. There is no amount of money that would ever make me do it again because I have such pride in how we’re ending it.”

I guess those guarantees must be large enough for the band to swallow their pride.

Last week, after The Black Crowes announced their reunion, their manager Mark DiDia went . on the Howard Stern Wrap-Up Show and was very loose with his tongue in terms of what reunions are on deck: "There's a Motley Crue/Poison/Def Leppard tour coming, there's a Rage Against the Machine… AC/DC's coming. There's a lot of rock coming out next year. God bless Drake and Billie Eilish and all that, they're streaming music and they have a lot of followers. Rock doesn't stream, but there's a thing that's happening. I think people miss guitars and bass and drums."

People these rumors are false. I haven’t spoken to any band member’s since movie premiere. I had to cancel shows due to back problems which I am getting treatment now. There is no tension between me and Tommy. Don’t believe anything from These so-called gossip sites. Keep Rocking

Last month, Radar Online reported that Motley Crue was offered $150 million to reunite by concert promoter Live Nation – under the condition that Vince Neil lose 40 pounds and get treatment. The report noted that Neil and drummer Tommy Lee were dueling over who would go to rehab first. Neil publicly denied to rumors on Twitter stating  "There is no tension between me and Tommy," he wrote. "Don't believe anything from these so-called gossip sites."

I hope somebody showed these promoters the below video of Vince Neil:

Does this tour appeal to you? 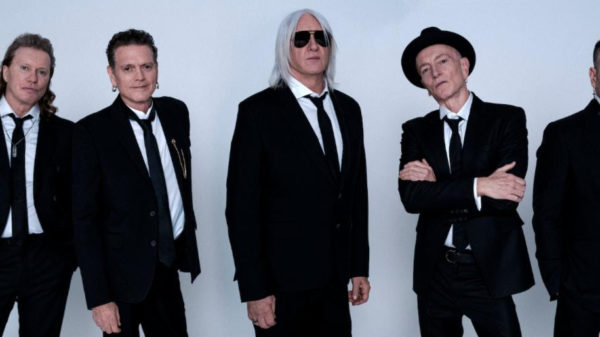 The film is streaming now on Netflix.