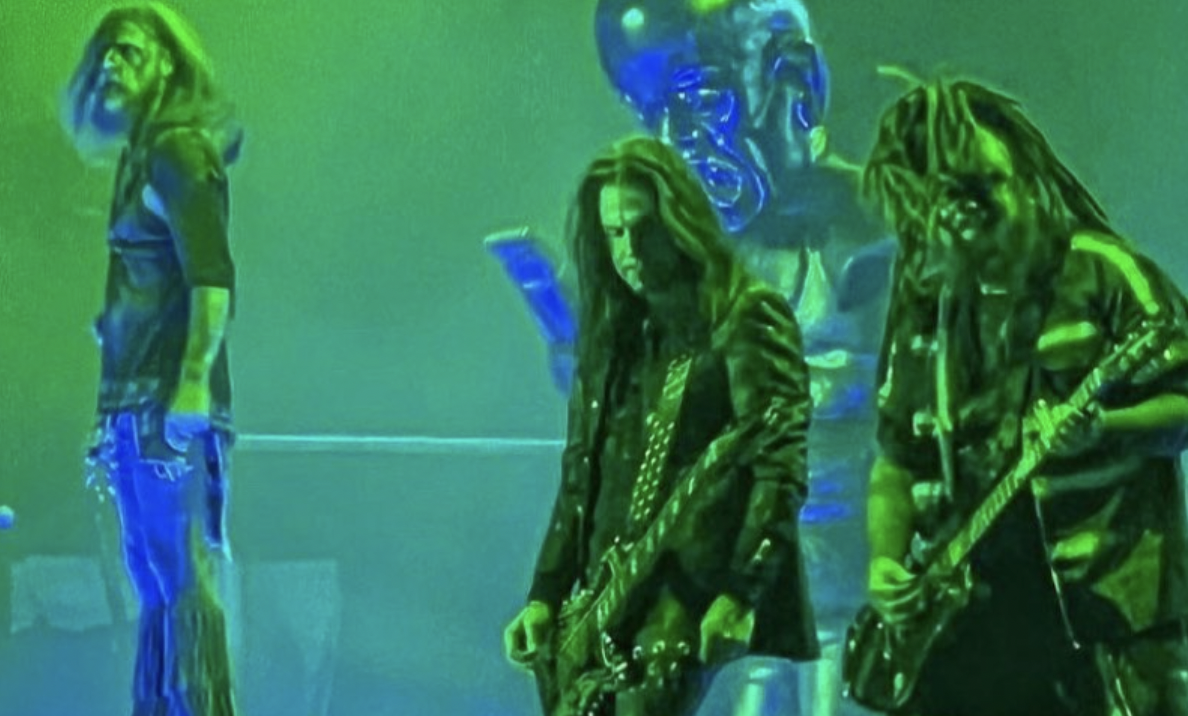 Rob Zombie hit the stage with original guitarist Mike Riggs back in October when we didn't know where John 5 was. Of course now we know John 5 has joined Mötley Crüe and won't be returning to Rob Zombie any time soon. Though between October and now, Zombie never confirmed if Riggs was officially back or if he was just filling in until a replacement was found. The only comment we got was on stage in October when Zombie simply stated that Riggs had returned "after a 20-year absence."

Zombie has now taken to Instagram with a photo of himself, bassist Piggy D, and Riggs on stage saying "They’re back from the dead and ready to party." So it's probably safe to assume that Riggs is back in the band. Riggs originally played with Rob Zombie between 1997 and 2003, and played on both Hellbilly Deluxe in 1998 and The Sinister Urge in 2001.