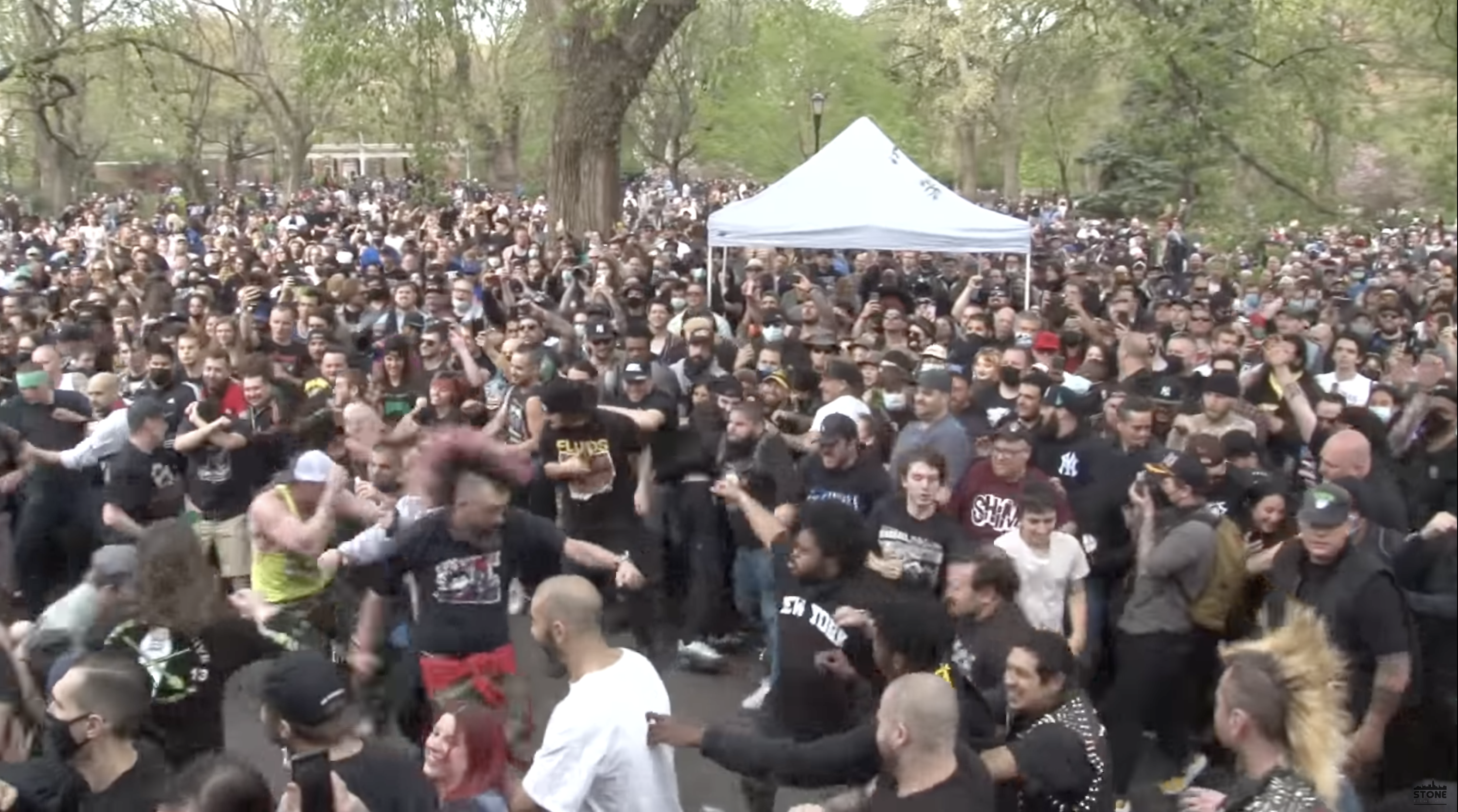 The scene at Tompkins Square Park in NYC on Saturday, April 24th, 2021

In what has to technically be the first and easily largest hardcore, punk, metal or rock show since the pandemic begin in March 2020, over 2,000 people packed the famed Tompkins Square Park in New York City, a stone's throw from the old CBGBs and old-school punk hangout for a hardcore matinee billed as a benefit concert for the New York City Firefighters Burn Foundation.

The show was put together by Black N Blue Productions, the same people who throw This Is Hardcore Fest. The show did not charge for tickets but pointed people to a GoFundMe where they could donate towards a $6,000 fundraising goal, which has been met as of this writing.

Advertised for the show were Madball, Murphy's Law, Bloodclot and The Captures.

The current law in New York, according to Governor Andrew Cuomo is that "outdoor venues with 2,500 person and overcapacity can begin holding live concerts at 20% capacity." Proof of vaccination or a negative COVID test would be required for entry.

Bloodclot frontman John Joseph pushed back at criticism that the show did not follow guidelines. He compared the lack of social distancing to various protests and other public gatherings saying "For the last year in New York City there were protests – tens and thousands of people in the streets – some rioting and looting engaging in bias attacks – nobody said shit – the media condoned it. On 4/20, thousands filled Washington Square Park sharing blunts and weed pipes no masks – again nobody said shit. This was our fucking protest – this was our rally – people came out from all over the country and enjoyed live music! Those who didn’t want to come stayed away – good nobody Missed their ass. They were free to live in fear – hide under their table and talk shit on social media.”

This wasn't the only reference to the Black Lives Matter protests at the event. This also happened (that's David Spring “Springa” of SSD):

Here are so more photos and video from the event. Are you ready to attend gatherings like this?

Another show is planned for the park on May 8th. The flyer for this show advertises "proper COVID-19 protocol will be observed."