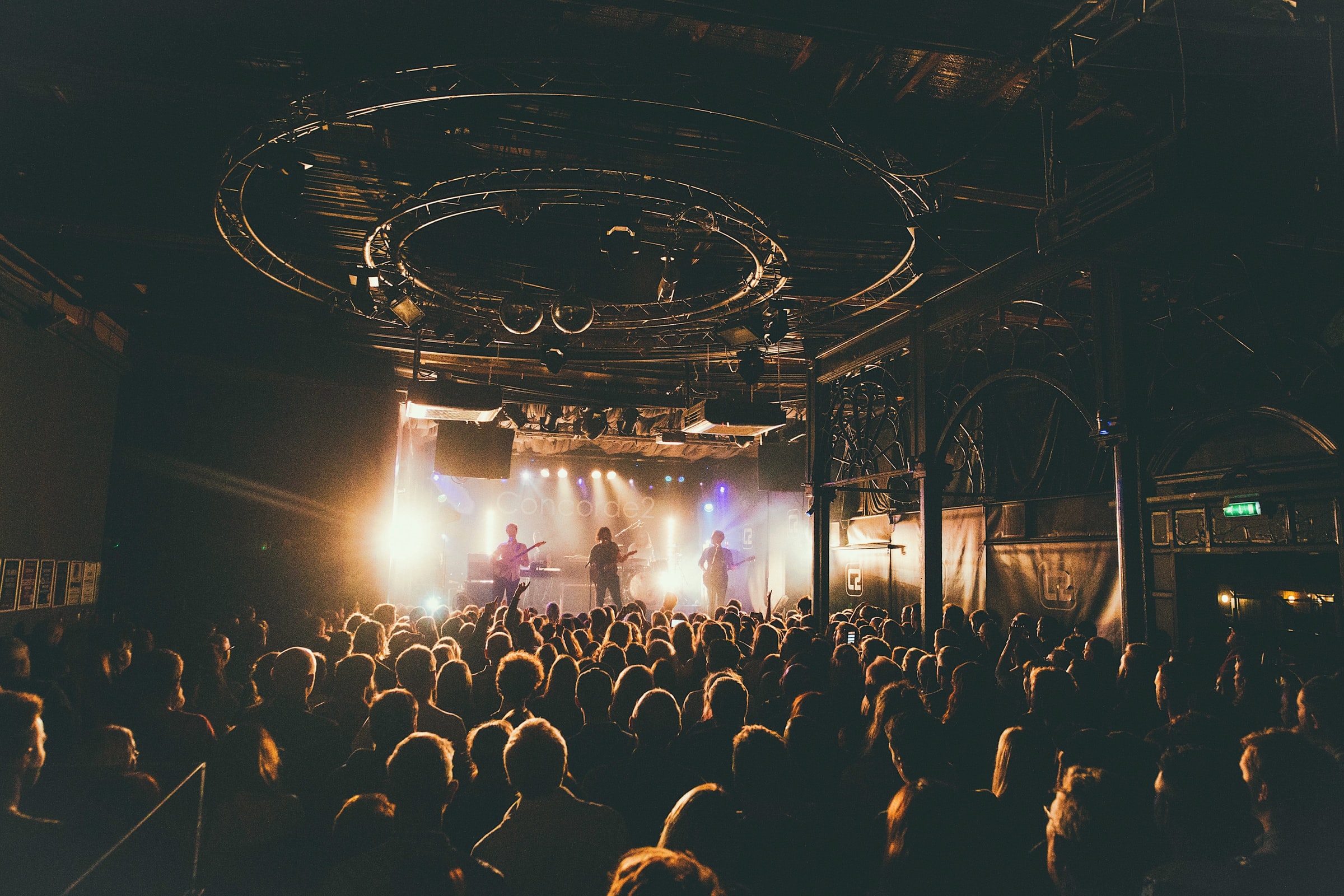 Photo by Joseph Pearson on Unsplash

A radically new effort in the U.K. meant to invest in the "long-term security" of the region's music venues is underway now. The Music Venue Trust (MVT) is a charity that allows "ethical investors and music fans" to finance venues. The endeavor will start with purchase of venues in some of Britain's most populous cities outside of London: Preston, Hull, Atherton, Derby, Bideford, Swansea, Newport, Glasgow, and Darwen.

The process is commonly known as freeholding, where rights to an estate or property acknowledged as belonging to a group or owner in possession of the title to real property for an unspecified amount of time.

MVT's Mark Dayvd said "something radical" was needed to save live music and that MVT's effort was the "most ambitious initiative" the charity had undertaken. It's been reported the UK had lost over a third of its venues over the past two decades, while more than 90% of those left had "only 18 months left on their tenancies," said Dayvd.

"The long-term security and prosperity of grassroots music venues depends almost entirely on one thing – ownership. Too many have been at the mercy of some commercial landlords whose motivations revolve primarily around profit. We are at the cliff edge and could see the decimation of our sector if we don't do something radical about it."

MVT hopes to raise an initial £3.5m (roughly $4M USD), and will issue community to fund MVT's purchase of venues.

During COVID, nearly every venue around the world was squeezed financially, and many did not survive. But this is not a pandemic story, in total. The pressure has been on for these sites for decades, as landlords have prioritized profit over art, and the merging of massive conglomerations under auspicious circumstances have not helped either.

Ben Nigh, owner of The Palladium in Bideford said MVT’s plan means "a massive amount" to the sort of venue that was fundamental in supporting new talent.

"Artists can't go from playing in their bedroom to playing [arenas]," he said. "They have to have a stepping stone to give them a platform and that's why you need venues like ours." You can learn more about MVT's initiative here

In this article: Music Venue Trust