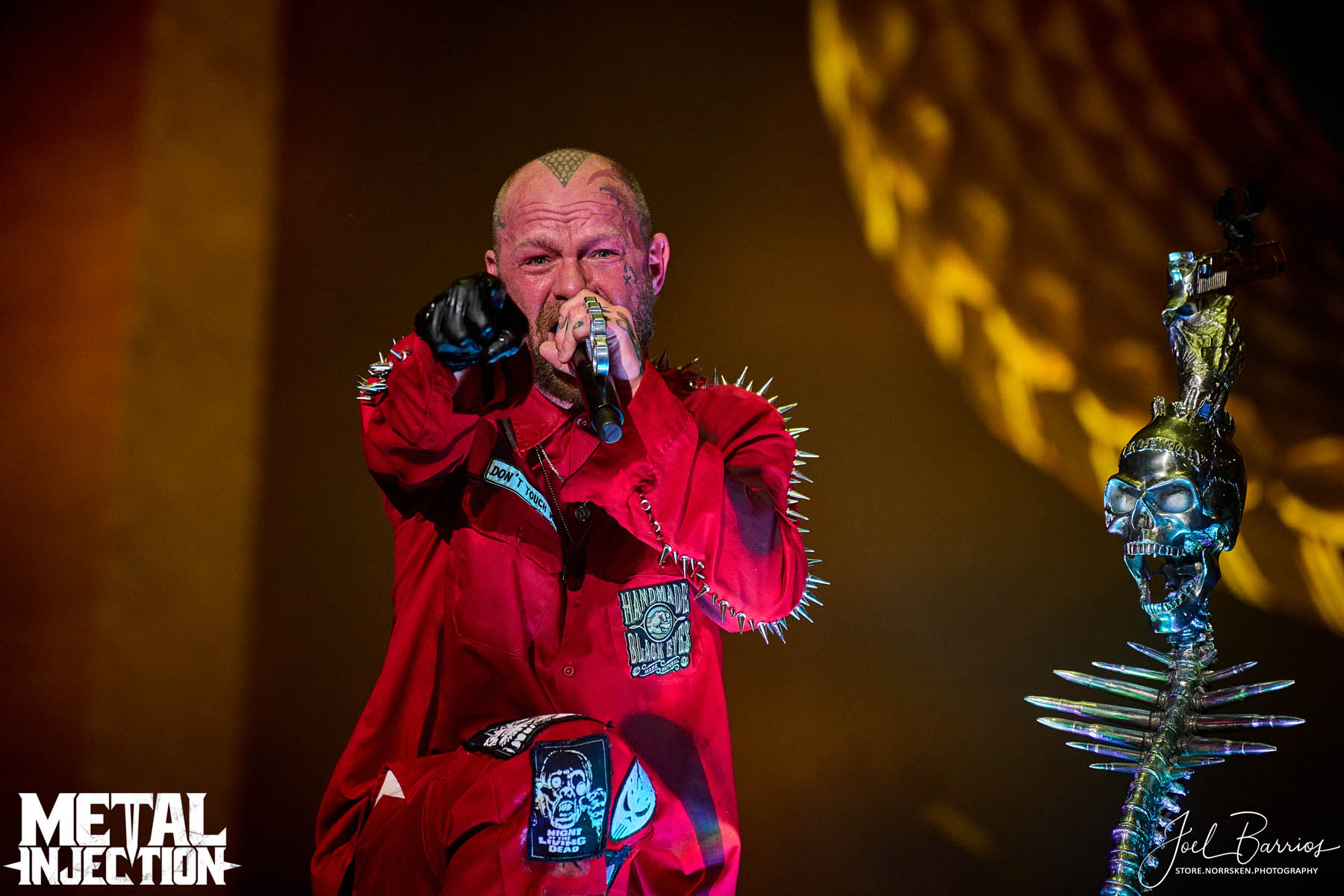 Five Finger Death Punch vocalist Ivan Moody announced during the band's October 14 show in Denver, CO that he plans to do one more Five Finger Death Punch record and then hang it up as a metal musician. Turns out that's no longer the case. In a lengthy YouTube video, Moody said his announcement was impulsive and apologized to both the fans and his bandmates, adding that his "bandmates deserve better."

"I really sat back the last few days and took it all in. And I first off want to apologize. I do. I apologize. I apologize because music's all I've got, and I don't think, for one, my kids would respect me in the long run if I quit doing what got me here. I don't think my friends would talk to me. Obviously they didn't text me, not the ones I was hoping for."

"My bandmates deserve better. Zoltan [Bathory] deserves my heart and has earned my respect time and time again. He may as well be my blood. You deserve the best, there is no question about that."

And hey, good for him! Moody has been in the game for a long time even prior to Five Finger Death Punch, so the dude might as well stick around. At the time, Moody stated the following to the crowd: "I wanted to tell you this. And nobody else in the world knows, Denver, so this is where it's going to start. And what you do with it is up to you. The last 15 years of my life I have toured the world, I have seen every country, every city on this planet at least twice. That's a fact. And through that time as many of you parents know … I have missed a lot of time with my kiddos. So I made them a deal today, and I'm going to stick to it. After this year, I am going to make one more Five Finger Death Punch album and then I am retiring from heavy metal."

"But I wanted to start that here and tell all of you, from day one when I decided to be a singer playing places like … the Bluebird Theater, the Ogden, and we were supposed to play Red Rocks, we'll have to do that one more time. Can I play Red Rocks one more time? … I owe you everything, Colorado, Five Finger Death Punch and every knucklehead on this planet, thank you."