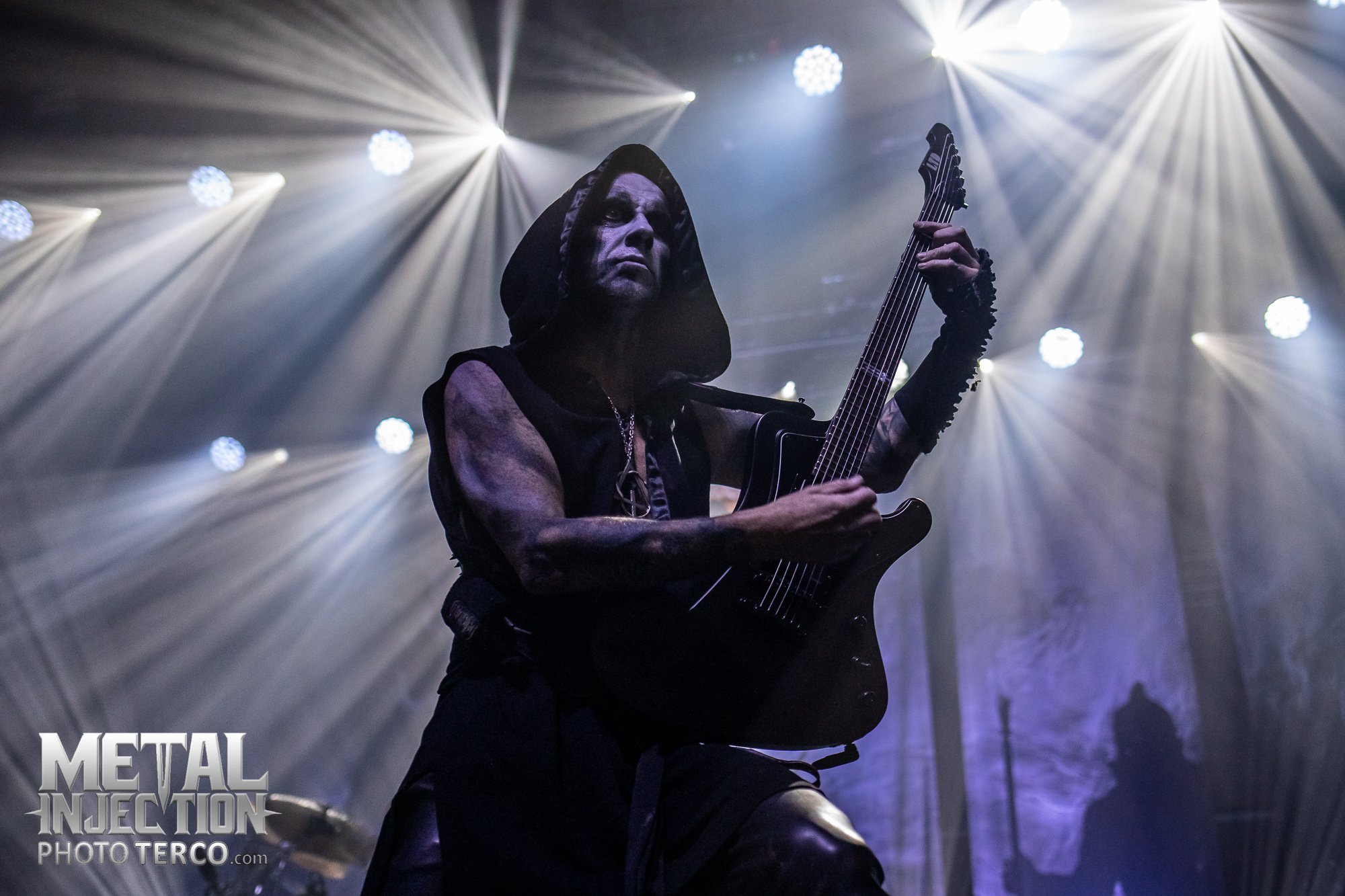 Behemoth has come a long way from albums like Sventevith (Storming Near the Baltic) and Grom in the mid-'90s, and that didn't quite please everyone. In an interview with Metal Injection, Behemoth frontman Nergal recalls getting death threats over the band moving away from being purely black metal in the '90s. Nergal seems to insinuate that some folks in the National Socialist black metal, generally a genre associated with nationalism and racism, weren't thrilled with his choices as a musician and made some violent ultimatums.

"I remember getting death threats back in the day for changing my style and for putting a 'wrong' image on the cover, and I mean it. I had fucking people invading my room with a gun, and [this did] happen in the '90s when I supposedly… it was a sacrilege for some [National Socialist black metal] people or whatever who were not friends of mine, who thought 'you shouldn't be doing this so we're going to execute you.' Well they didn't. I'm still around and I'm still a pain in the ass. Things like that did happen because I was evolving.

"When I started Behemoth I was [either 15 or 16 years old]. So I see a 15 year old or a 16 year old [now] and I'm like 'holy shit, it's a baby. It's a walking fucking toddler with his laptop and his video game' and I was writing lyrics about something I wasn't aware of. I was so naïve and inexperienced, and I was aiming for something out of my [league] or abilities, you know? I was young [young]. What do you know when you're 17 [years old?] You're just a piece of shit and you know nothing, basically."

On the same topic, Nergal later added that the Polish black metal scene at the time was very militaristic about heavily gatekeeping the genre and that elitists in his area would have "lists" of enemies. "I always wanted to be number one [on the list], and at least once I was. So they accused me of changing styles, but then at the same time those guys were the biggest Bathory worshippers. That should make you think. It always made me think 'why are they after me? Why are they not after Quorthorn?' Every record was fucking [different]… no one had problems with that because it was sacred to them."

Unsurprisingly, Nergal concludes the entire thought by saying he wants to be disliked by metal elitists just as much as he wants to be loved by people who maybe aren't in the genre (or into certain subgenres). It's not surprising given his remarks over the years, and makes sense considering having a fanbase of gatekeeping jackasses who only want you to make one hyper-specific type of music can't be fun at all. Check out the full interview below.