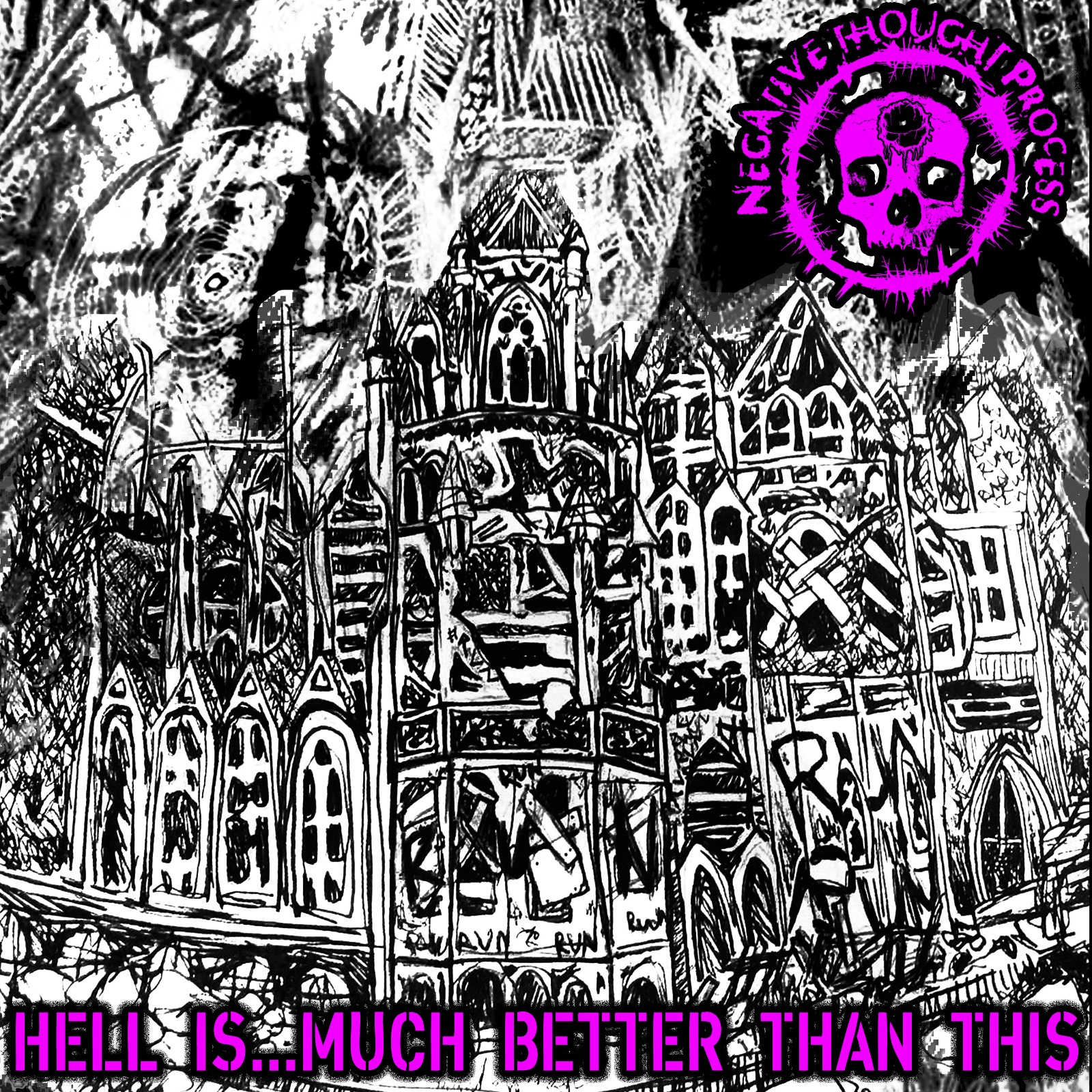 Some 38 years ago the question “How Could Hell Be Any Worse?” was asked by prominent hardcore punk unit Bad Religion. Now, the UK crust/grind/violence trio Negative Thought Process has answered: Hell… Is Much Better Than This.

For their third release, Negative Thought Process has upped the ante. Following 2016’s Methylene Butterfly, the band has continued to tighten their sound and get even more aggressive. And aggressive sounds call for aggressive times as the band takes on the state of modern society and its hopeless state. The band has never sounded better.

The album opens with the title track, a heavy as nails piece that sounds like the distortion is on the verge of redlining. It is not a quick track to boot, but instead opts for immediate pulverization. A thick slammer that makes way for the second track “I Am Scum.” This is where the record takes off, kicking it metallic hardcore and moving into some grinding blast beats that sound like they are channeling Nails or Weekend Nachos.

“Stagnant” is another area where the band sounds like they are unhinging their jaw to devour. Jordan Allard’s drums sound like a riot as the track kicks off and the song loses no momentum. The Naplam Death sounding “Festering In Ignorance” follows and even guitarist/vocalist Danny Page sounds like he could be Barney Greenway at times. Meanwhile, bassist Kyle Townsend’s thick sound and bass work brings out another level of heavy amidst the chaos.

The final track “Force Fed Life” is the only one that clocks in over two minutes and goddamn does that thing go old school grind. The drums and bass carry in the song until the guitar comes in and lead the piece into some heavy, heavy grind. It is a track that goes full force up and then breaks down like it is trying to beat one down.

If Negative Thought Process has flown under your radar up until now then get on this stuff. If you like Nails, Magrudergrind, Weekend Nachos, Napalm Death—punk, crust, grind, hardcore, death metal, there’s something here that’s going to throttle you just right. Hopefully, we’ll see another full length from these guys soon. Hell… Is Much Better Than This is unrelenting in all the right ways.

In this article: full album streambum stream, hell is much better than this, negative thought process