Just in case you don't have a copy of the newest Scientific Reports, there's been an article published titled Earth's Oldest 'Bobbit Worm' – Gigantism In A Devonian Eunicidan Polychaete by Mats E. Eriksson of Lund University, Sweden, Luke A. Parry of Bristol University, U.K., and David M. Rudkin of Royal Ontario Museum, Canada. The article focuses on an new species of bristle worms, which are the marine relatives of leeches and earthworms, which have been dubbed Websteroprion Armstrongi.

Y'know, after Cannibal Corpse bassist Alex Webster. The "Armstrongi" part comes from Derek K. Armstrong, who initially collected samples of the worm in 1994. It's also worth noting that Mats Eriksson has named fossils after metal legends in the past, like the one he named after King Diamond.

Also, don't think of the giant worm as one that's the size of a bus or anything. The worm's jaws were over one centimeter in length, and had a body length in excess of a meter. Still, Alex Webster got a shout out. 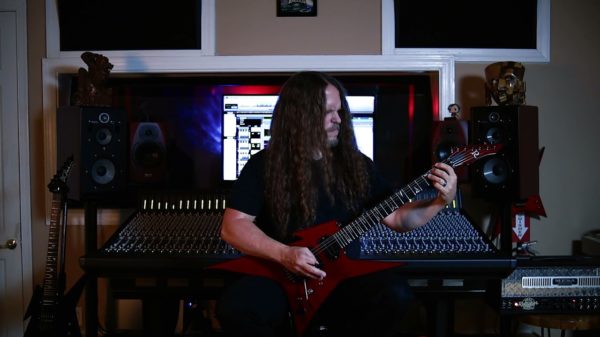