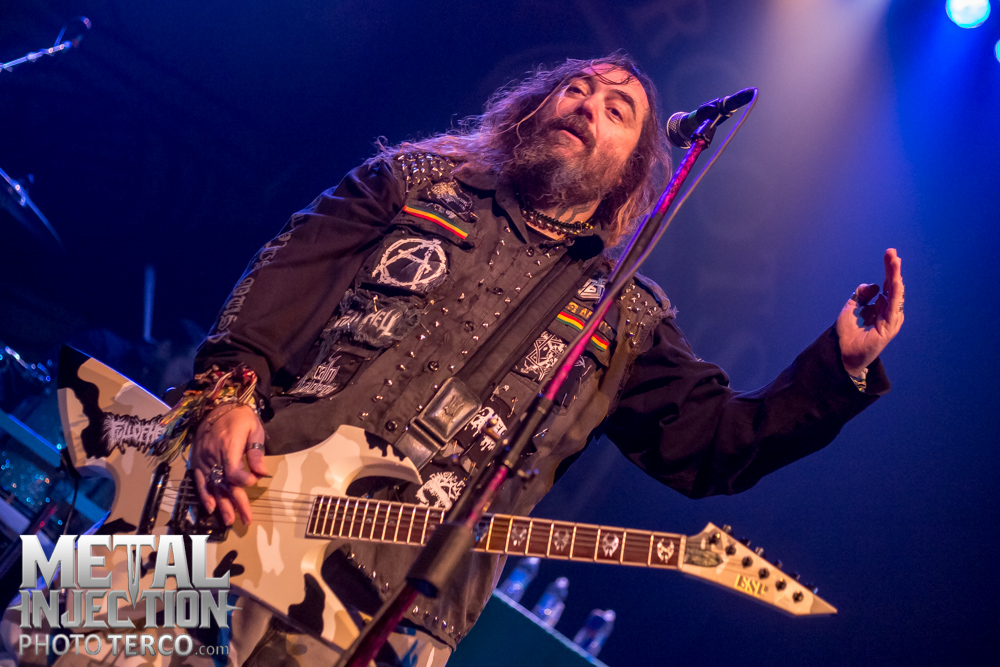 Sepultura got signed to Roadrunner Records in March 1988, though getting the label a copy of the band's music was quite the ordeal for then-frontman Max Cavalera. In an interview with Kevin Diers of KISW 99.9 FM, Cavalera recalls the journey starting when he posed as a Pan American World Airways employee to get free tickets from his friend who worked there. Cavalera finally got to New York City and handed out copies of Sepultura's 1987 album Schizophrenia, though things took a darker turn when he got mugged for five bucks somewhere on Broadway.

"Well, Beneath The Remains is very special. It's a journey actually that involves the whole record, because to me that journey of the record really started when when we put out Schizophrenia. It was the last record [for] the Brazilian label [Cogumelo Produções]. I got a free ticket to go to New York as a Pan Am employee. So I pulled my hair back and I got… my mom bought me a five dollar cheap suit, you know? Like really, really a bad suit but I looked very official. I had the Pan Am pin, you know, like an employee. That was the only way to get the free ticket, man.

"I came to New York for two days and I just gave people Schizophrenia copies – Metal Blade, Combat, Noise Records, and Roadrunner. During my my time in New York, I got mugged for five dollars on 42nd and Broadway, near Broadway. Some dude put a knife [to] my throat. I had five dollars in my pockets, I'm like 'here man. Take it. Holy shit.' I came out of the land of crime in Brazil to get mugged in New York."

Cavalera also recalled playing an in-store show at Slipped Disc Records to an audience of… the owner and his son. We've all been there, right?

"Another thing that was funny, we ended up making an in-store appearance at Slipped Disc and the total people that show up was three including the owner and his kid. That was the first in-store, my first real in-store."

Max and Igor Cavalera are currently out on the road performing songs from Sepultura's 1989 album Beneath The Remains and 1991 album Arise as Cavalera. Get those dates below.