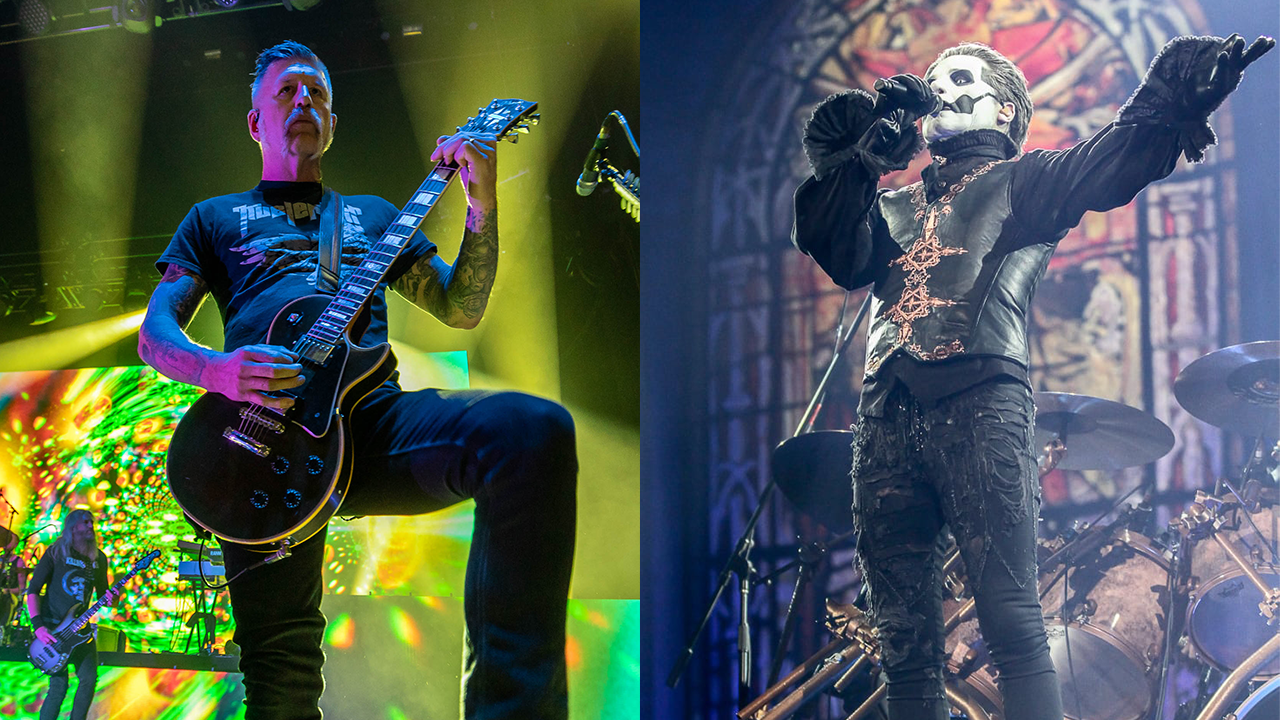 Like 'em or not, Ghost is the next big thing in metal. The band just wrapped up an arena tour with Mastodon and Spiritbox, and has been enjoying a huge bump in streaming numbers thanks to "Mary On A Cross" going viral on TikTok. So just how big is Ghost these days? Mastodon guitarist Bill Kelliher posits in an interview with Heavy Consequence that they're the Kiss of 2022… and that comparison includes the whole makeup thing too.

"Yeah, you know when I first had met Tobias and we first started touring with Ghost, I just could feel [they were] gonna be really freaking big. The whole shtick – the makeup, their stage show, they've got a big Cathedral, stained glass. You know, they're like the Kiss of 2022. Their fans are rabid. They're insane. Half the audience when we did this tour had the face paint on them. People love it. They're eating it up and they're great, man. I went out and watched them the other night. They're just incredible. They deliver every night. They've got cannons that go off, confetti – they've got everything you want."

Kelliher also touched on touring with Ghost back in the day, saying he could see that people were really going to get into them when they finally took off. And really, what's not to get into? It's solid stadium-sized heavy metal that isn't afraid to have fun and with a sense of humor about itself.

"We toured them years ago and they were the opening band, but I could just see like, there's going to be a certain genre like of people who are gonna really like this. I could see them going far, and sure enough when we got asked to do that tour I wasn't at all surprised. I was like 'wow, we're gonna open for Ghost.'"