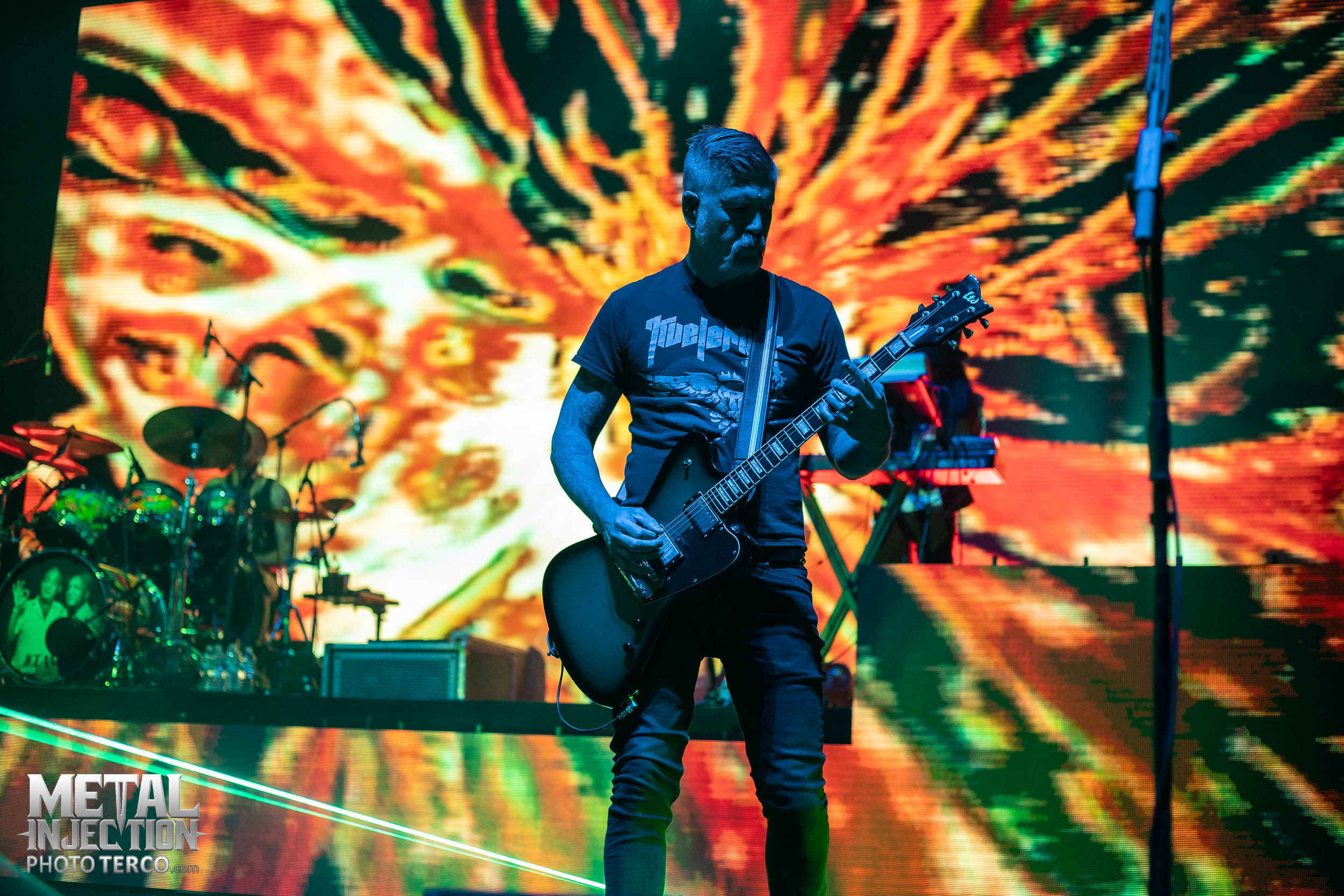 Mastodon guitarist and vocalist Bill Kelliher recently spoke with Premier Guitar to discuss everything from his signature ESP guitar to his one desert island album. On the latter, Kelliher chose Weezer's 1996 sophomore album Pinkerton thanks mostly to its dark, earwormy songs.

"There's so many to choose from, but I guess off the top of my head I'd probably pick Weezer's Pinkerton. And that's because there's a lot really great, dark poppy songs on there that you can sing along to all day long. If you're on a deserted island, you're going to need something to sing along to and keep you busy. So Pinkerton it is."

"One of my many guitar heroes people might not think [of] when they think [of] Mastodon, they probably wouldn't think of Mick Ronson, for example. The guy was just an incredible songwriter, guitarist, had a great tone. I've learned a lot of his licks just because they're amazing. They're really, really good, catchy, and he wrote some of the greatest songs of all time with David Bowie.

Check out the full interview below. As for Mastodon themselves, their Hushed And Grim record was named the Best Album of 2021 by the Metal Injection staff.