REX BROWN On Coming PANTERA Shows: "This Is Gonna Be One Hell Of A Ride"
Also, Pantera riffs are boring.

Listen, you can hate on Babymetal all you want but at the end of the day metal superstars love them. Take Carcass for instance, who basically said they're just a fun group to jam and that gimmicks run rampant in the genre. Who more do we need to come to the group's aid? How about former Megadeth guitiarist and Japanese guitar pop legend Marty Friedman?

Friedman recently spoke with Rolling Stone and uttered the following string of sentences that is probably going to make the heads of quite a few elitists explode with rage.

"Babymetal, if you strip off that heavy metal guitar stuff, all you have is your basic fun, quirky, Japanese pop stuff. But the interpretation is super-metal. To me, it sounds like Meshuggah with Japanese pop on top of it. So for someone like me who's been playing metal forever, it's really fresh to hear. I mean, I can hear another Pantera song, and it's great, but we've heard it before a billion times."

Oh hey, your head is still in tact. That's good. Fun fact: the guitarist of Babymetal is also the guitarist in Friedman's solo metal project.

For the record I absolutely agree with Friedman. Whether Babymetal are reinventing some odd sun-genre or just having fun, they're doing something different with the metal sound and that's what is really important here. They're breathing new life into a genre that can easily rely on tried-and-true methods of "heavy," and for that I think we all owe Babymetal a commendation to some extent or another. How many times can we hear something "super brutal" before it's just the same pile of shit with a different stench? 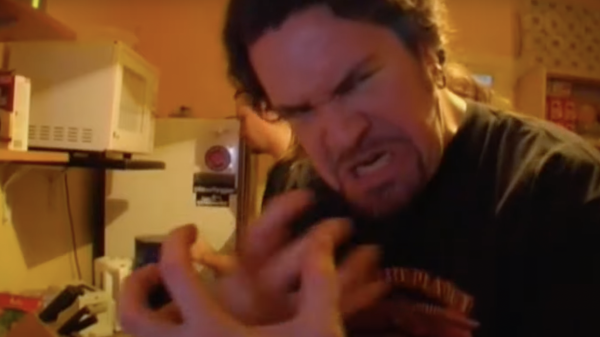