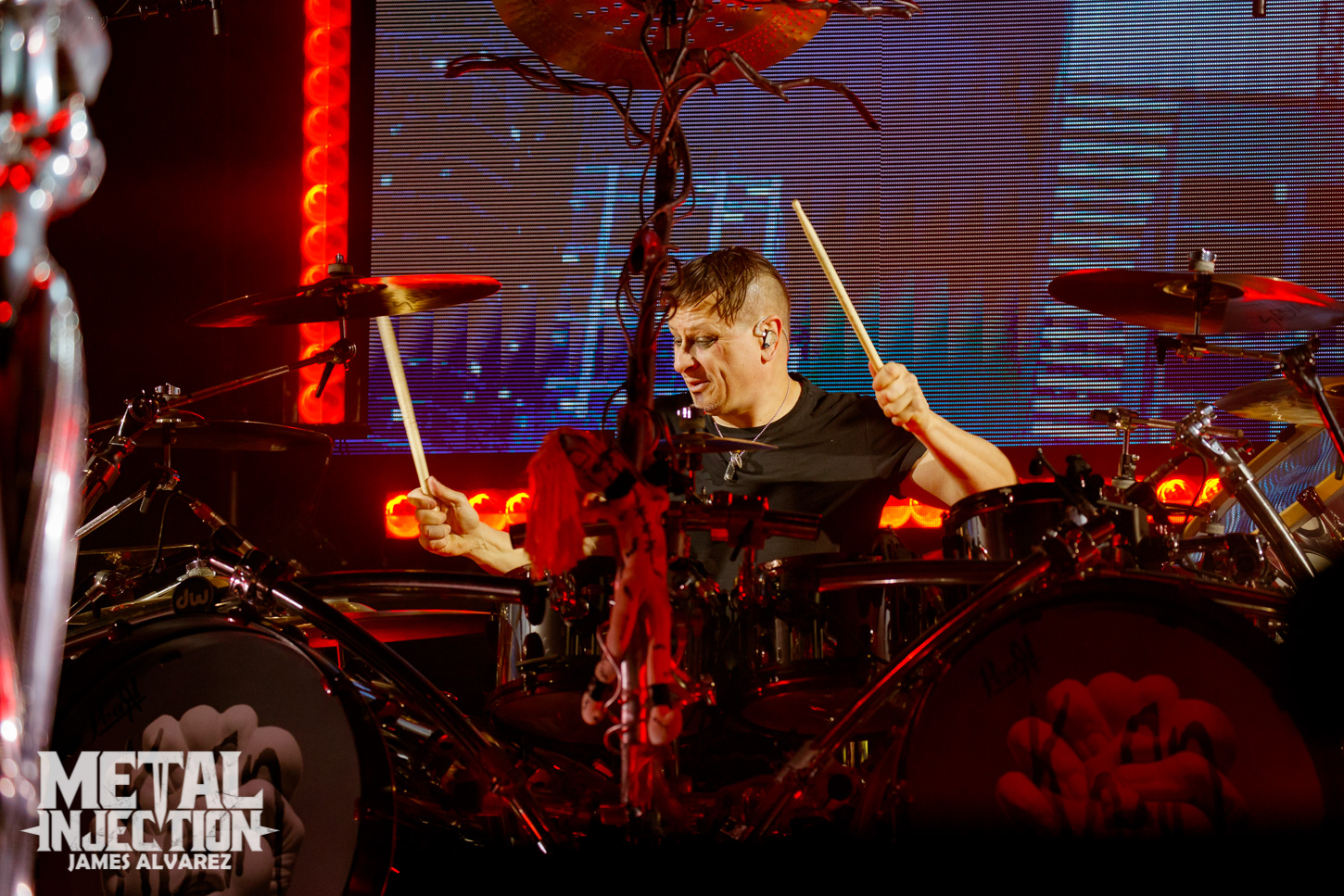 Korn drummer Ray Luzier knows a thing or two about a thing or two, if you know what I mean. Before he took up kit duties with the nü-metal godfathers 15 years ago, he played with David Lee Roth, Army of Anyone—the Filter/Stone Temple Pilots supergroup—as well as being a sought-after session musician in Los Angeles. Now, being with Korn as long as he has, Luzier has got a feel for some of his favorite Korn cuts to play live.

"'Here to Stay' is one of the heaviest riffs ever written," Luzier told Jeff Christopher of Sick Drummer Magazine, "it's such a straight-ahead groove, but it's so heavy, and so powerful. When you play that in front of 40,000 people through the PA, and you watch their expressions—it's so heavy, it's awesome.”

For the old school Korn fans that go all the way back to the debut LP, Luzier had his shoutouts. "Of course, 'Blind' is one of the biggest classics to this day. It's a great song. I love some of the OG stuff like the like 'Good God,' 'Divines' and all those. We did a 20th anniversary of Follow The Leader, and it was awesome to play those songs, too."

But it would only be natural that Luzier looks to his own era of Korn with affinity, acknowledging he’s a bit biased. “I love play stuff off of Requiem. We opened the set on our last tour with 'Forgotten.'

"It was just so cool to watch the curtain drop, then have a brand-new song blast in everyone's face, that was a pretty great moment. I love 'Start The Healing.' Our new single – ‘Worst Is on Its Way' is one of my favorites. It's just classic Korn in there with the modern [vibe], it's really fun. But yeah, I love them all.”

Korn and Evanescence will be teaming up on the road this summer for a red-hot co-headlining tour. As for who will be joining them on the trek, Helmet, Palaye Royale, P.O.D., Jeris Johnson, and Dana Dentata have all been announced for select dates, so far. All dates can be found below.