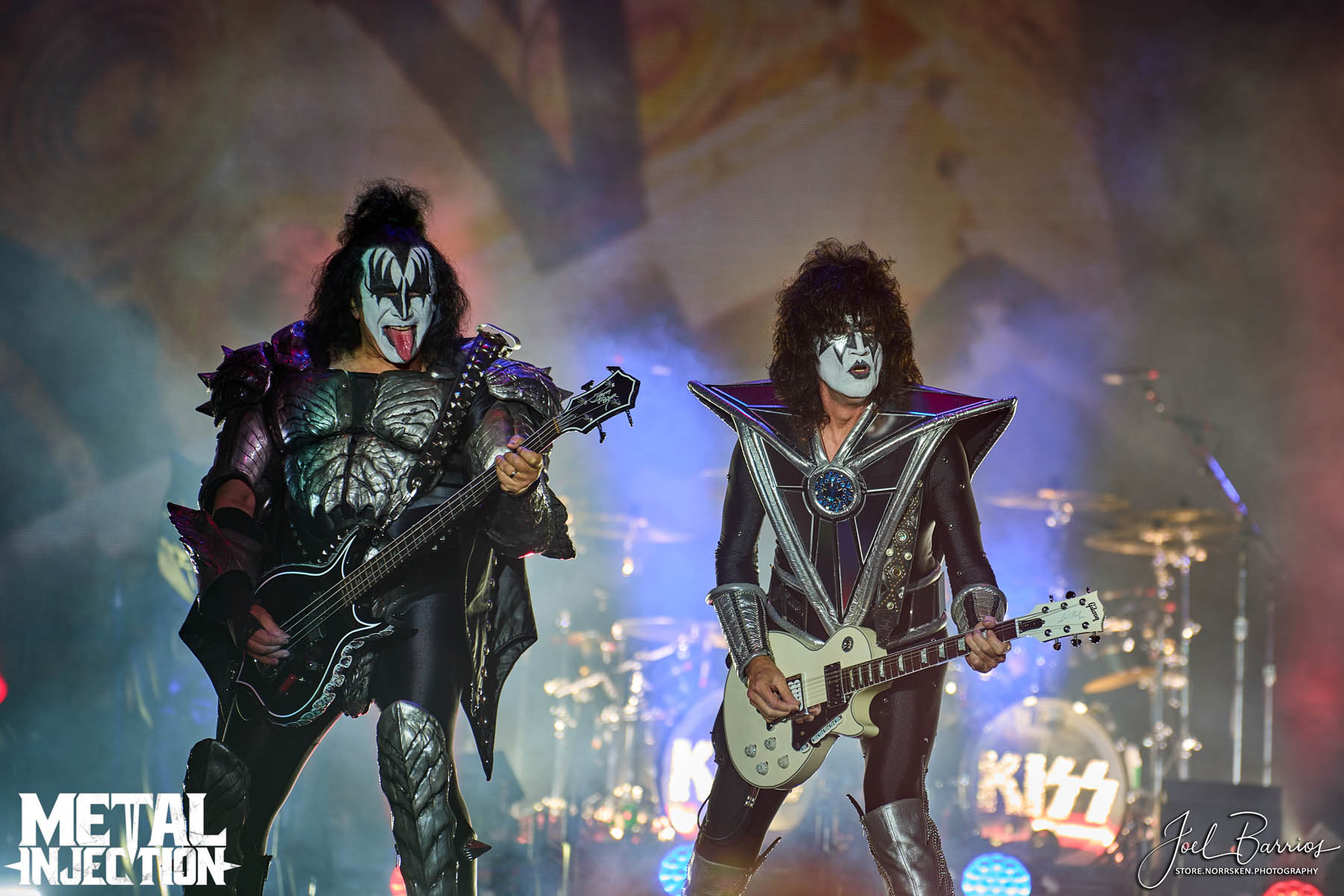 When you're in a touring band playing across the world, mistakes are bound to happen. You might thank the wrong city that night or even totally forget where you're playing midway through the show. It just so happens that someone in Kiss' crew made a pretty funny mistake that made its way to Twitter, and the locations aren't even close to one another.

Kiss played the Stadhalle in Vienna over the weekend and thanked fans for coming with a huge visual on the screen at the end of the show. The problem with the visual is that whoever was in charge of making it clearly read "Austria" as "Australia," and slapped the Australian flag onto the Kiss logo. For those curious, Austria and Australia are just under 9,000 miles apart.

In recent news about Kiss, the band's manager Doc McGhee said that he believes founding members Ace Frehley and Peter Criss should be a part of the final show. Though he's not sure that'll happen. McGhee said in an interview that Kiss has been in contact with Frehley, but hasn't spoken to Criss in a long time. McGhee added that he hopes both can join the band for the final show considering they helped found the band in 1973, but mentioned that "you're not going to get six guys up there in makeup. That's not going to happen."

"Honestly, I don't know. You can invite them, but they may not come. They may come, they may not come, and we might not invite them. We've talked to them, and we've talked about it. Well, we don't talk to Peter, but we do talk to Ace. We haven't talked to Peter in a long time. But you know something? They were part of it, they aided in starting this band, and they should be part of the end of this. They started this, so in some way they should be able to share that spotlight on the way out. Now, regardless of if it happens or not, you're not going to get six guys up there in makeup. That's not going to happen."