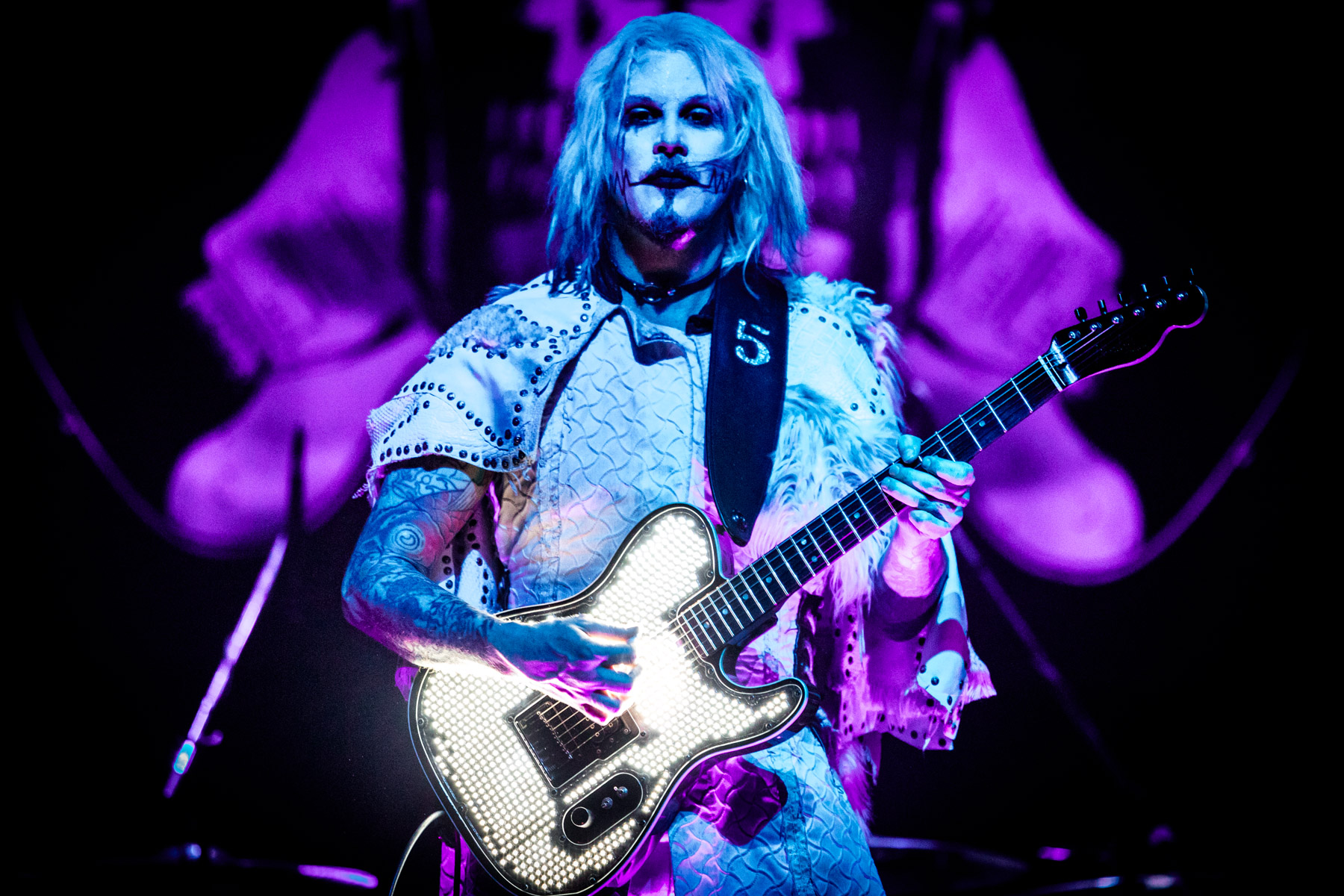 In a new interview Ultimate Guitar, ax master John 5 talked optimistically about the potential for rock music in the coming future. John 5 has been holding it down for years as Rob Zombie's guitarist, as well as several of his own solo LPs. But in this interview with UG, John 5 mapped out a progression that he would like to see happen in the scene, something he believes will offer a much-needed reinvigoration of the sound.

Making an analogy, John 5 said, "It's just like an automobile; you will push the limits and try to make something better. Now we have a car that can drive itself…. It's kind of the same thing with guitar playing, there's so many new techniques that are out there that I am obsessed with, and I love to learn. I am just so attracted to anything that is inspiring… When I find that stuff, I'll sit down, and I will learn it, because that's what makes me happy. It just stimulates my brain and gets me excited."

"I pray that happens because we need it. We need it. What is the last new band out there that is just changing everything? There are a couple out there… there's Greta Van Fleet and Ghost, and things like that. But think about back in the day, there were zillions of them. There were so many new bands that were filling arenas all the time. So we just really, really need it. And that's why I get on Instagram and play, and hopefully some kid will pick it up and be the next Eddie Van Halen, or the next Steve Vai or the next Paul McCartney or something like that." [via MetalSucks]

John 5 released his most recent LP, Sinner, in 2021. Currently you can find him out on the road with Rob Zombie, with special guests Mudvayne, Static-X, and Powerman 5000 in tow. The remaining dates can be found below.