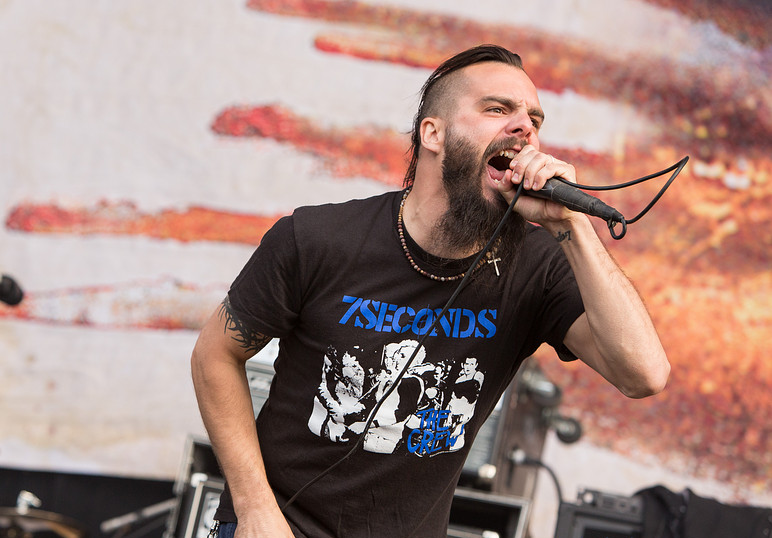 Killswitch Engage just celebrated the 20th anniversary of their 2002 record Alive Or Just Breathing, released on May 21. The album would be vocalist Jesse Leach's final effort with the band for roughly a decade, and would also be the final Killswitch Engage album with Adam Dutkiewicz on drums and guitar.

In an interview with the Podioslave Podcast, Killswitch Engage vocalist Jesse Leach said he feels the album was a step up in terms of songwriting from their 2000 self-titled. Leach also added that Killswitch Engage was influenced by the likes of Faith No More and Pantera during the writing process in terms of mixing heaviness and catchiness.

"I think that Alive Or Just Breathing still holds importance, it still holds weight. It's still good songs. And that's the one thing I will stand by, like, we started to write songs. Our first record, our self-titled, was stripped down metal with a hardcore influence with a touch of death metal. But it was more about just like, riffs, and like bludgeoning people with this sound that we were kind of wanting to put out there. Where Alive Or Just Breathing was more about songwriting. We consciously wanted to make songs.

"And I'm looking at bands like Faith No More, which all of us in Killswitch can agree that Faith No More is like, one of those bands that you would aspire to want to be. Or even Pantera. They were heavy, but they had hooks. They had stuff you wanted to sing along to. So we were kind looking at bands like that going 'alright. We want to be heavy, we want to do our thing be but we want to write good songs.' So that was a conscious effort. I think those songs – some of 'em still hold up."

Leach also has a ton of really kind things to say about former vocalist Howard Jones, saying he "has one of the best voices in metal" and even thanking him for taking Killswitch Engage to the next level while he wasn't in the band.

Check out the full interview below, and pre-order the band's coming live album Live At The Palladium here (due out June 3).