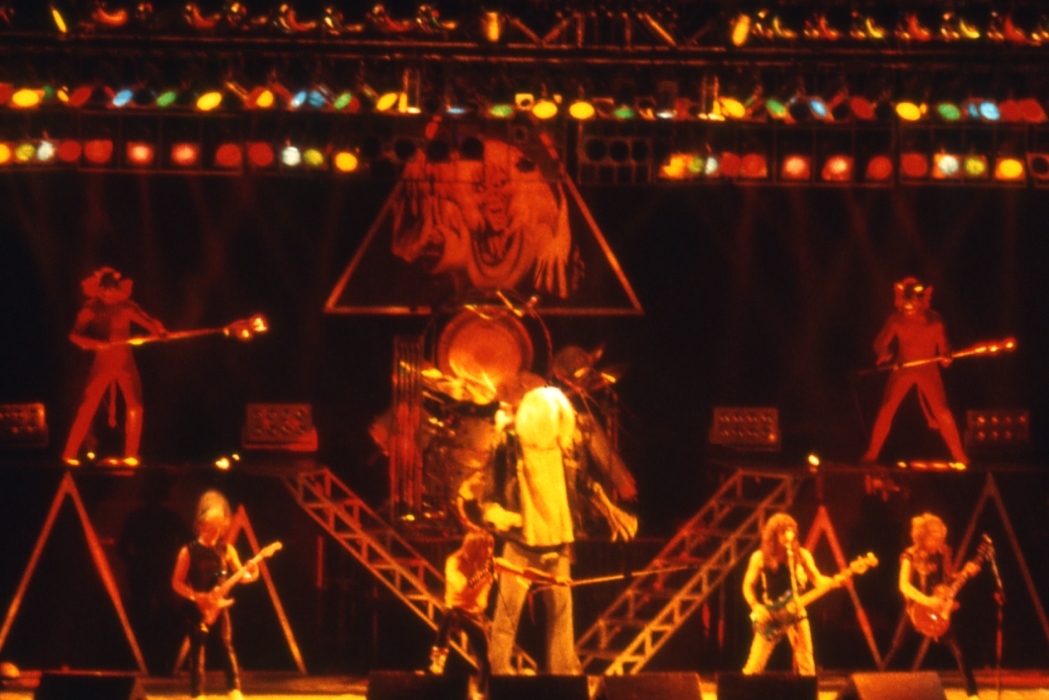 Iron Maiden's iconic album The Number Of The Beast was released today in 1982, making the album 40 years old. Iron Maiden is celebrating the album's birthday by sharing a handful of historic photos from that era, and encouraging fans to do the same (as they're intermittently retweeting them).

Iron Maiden also shared the upscaled version of the title track's music video, adding as a caption "Checking out the (upscaled) video for 'The Number Of The Beast' and is that a cameo from the King of the Monsters himself, the one and only Godzilla?? Inquiring minds are curious…"