Iron Maiden and Robinsons Brewery currently make the Trooper Nitro, The Trooper, Trooper 666, Red 'N' Black, Hallowed and Light Brigade beers. Not content in settling for just six beers, the duo have teamed up for a saké-infused brew called Sun And Steel. The beer is a lager clocking in at 4.8% ABV and features saké from Okunomatsu Saké Brewery in Fukushima, Japan. Which we should also note is owned by huge Iron Maiden fan George Yusa.

Here's what Iron Maiden frontman Bruce Dickinson had to say about the beer.

"This has been such an exciting project. I had a crazy idea to try and make a sake infused lager and over two and a half years later, here we are! I know [Robinsons's head brewer Martyn Weeks] and the team at Robinsons have had to become mad scientists to make this work, but the end result is a really unique hybrid beer that tastes fantastic. Trooper fans have been asking for a lager, and here it is. I bet you would never have guessed we would do it like this though!"

According to a press release, the beer is named after the song "Sun And Steel," which details the life of samurai Miyamoto Musashi. So a fitting name. 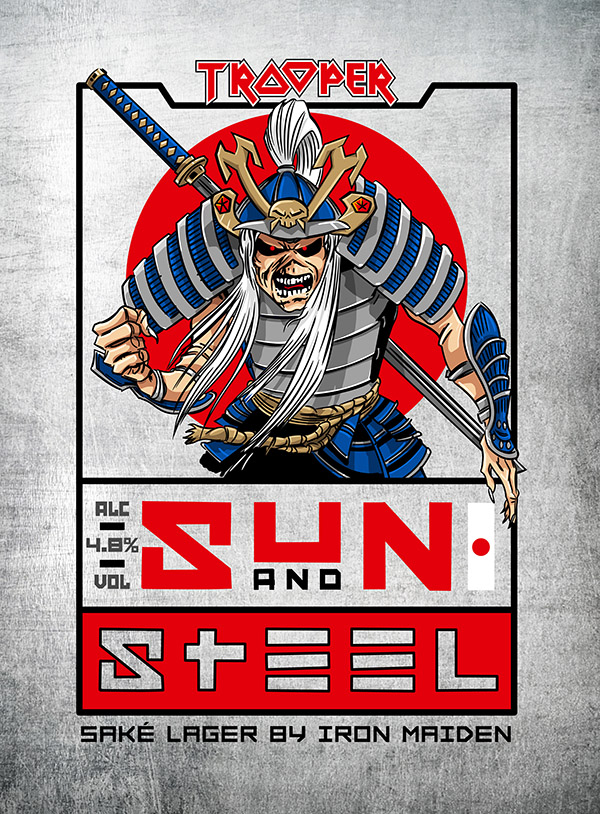