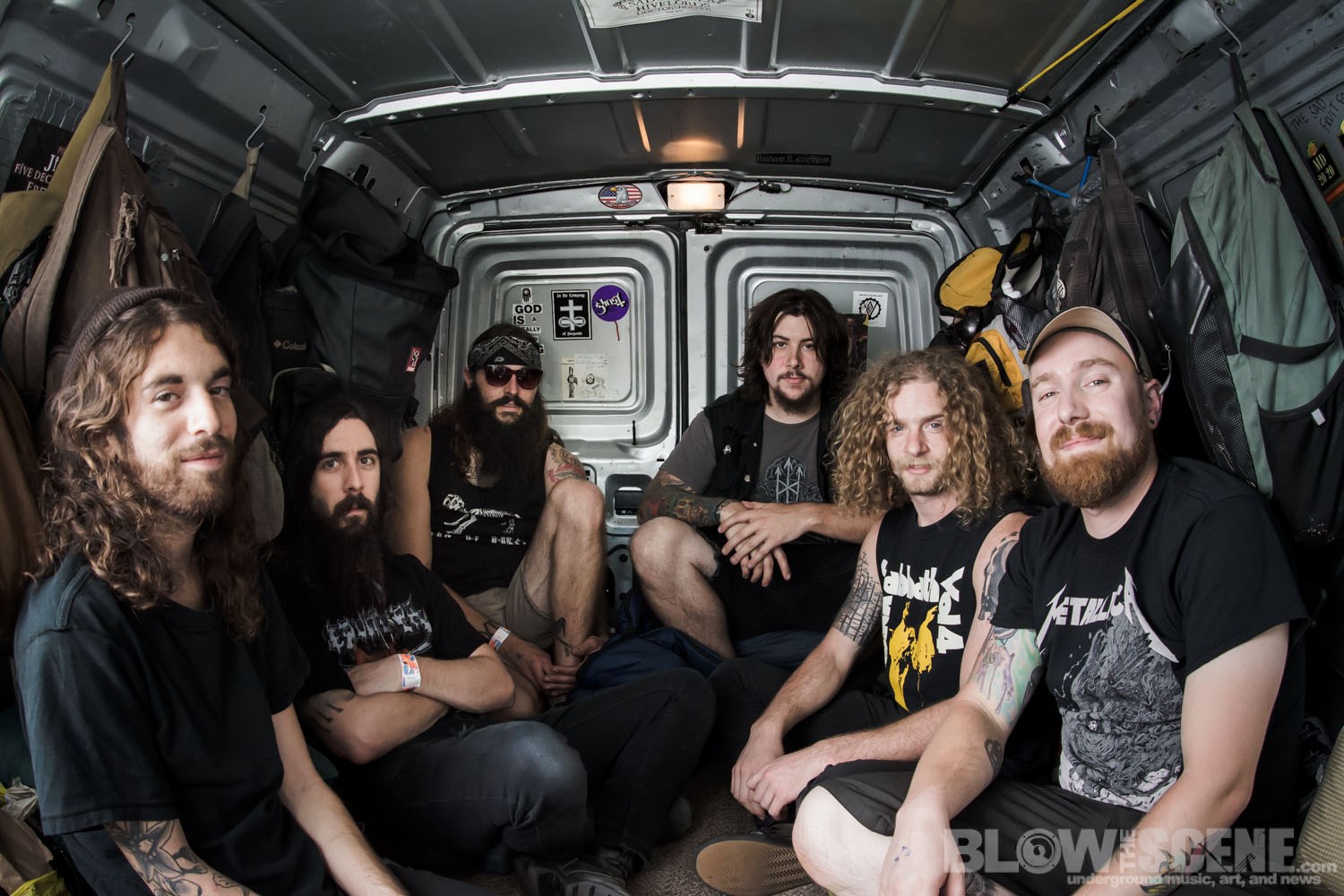 One of the questions I get asked the most on my band advice Instagram page, @MattBacon666, is ‘How do I book tours that don’t suck?’ Well I’ve been booking tours since I was a teenager. But, when Metal Injection asked me to do this article I decided to call on my mentor, Nate Carson to help. Nate is the drummer of Witch Mountain who cut his teeth booking both for his own band, as well as acts like Yob, and Agalloch. Suffice to say, he knows a thing or two about how to get your band on the road. So let’s get into the nitty gritty, the key questions that define whether or not your band is ready for the challenge of getting in the van and playing some shows.

How do you know you are ready to tour?

“There's no point in touring until you have a record out that has gotten some reviews. For that to happen, you should have hired a publicist already. If you're not drawing at least fifty people fairly consistently in your hometown, you probably shouldn't be hoping to draw an audience further afield. If there are any major tensions in the band, fix them before booking a tour, because traveling out of state, eating bad food, drinking heavily, sleeping on floors, and being stuck in a tin can together for weeks at a time will test your relationships to the fullest.”

All I’d have to add is that no matter how big you think your draw will be, even your most conservative estimates are probably wrong, at least for your first few times out. There are so many bands on the road these days that in any given market, especially big cities, you are competing with a few other shows every night of the week. Don’t think that just because you have three Facebook friends in San Jose who like your music that there will be dozens of people coming to see you.

How should you establish your tour strategy?

This is obviously a tricky one. Understanding the overall approach to touring is essential to plotting out your band’s schedule.

“If you don't have an agent, the best possible thing you can do is befriend bands in other markets. The starting point is to host them when they tour through your hometown, and host them at your house. Make real friendship connections and other bands will be more likely to return the favor when you come through their area. Having said that, don't act entitled. Not everyone is always available on your schedule. But in general, it's tough to get a club/promoter to return your emails unless they know you already have a strong local from their area who is willing to play and help promote the show. The locals also know which venues are best to play on certain nights of the week. I also tend to hit smaller markets on weekends and bigger cities on week nights, when possible. Also, please learn terms like “holds,” “challenges,” and “advancing.””

For those not in the know, when you reach out to a promoter and he says he is willing to reserve a night for you that is a “hold.” Your show is only confirmed when the lineup is fully locked in. So, other bands and agents have the chance to get the second or third hold on a night. If they can get a lineup together then they can “challenge” everyone above them in line who has a hold. Those with holds then have 24 hours to get their shit together and lock in a lineup or lose their hold. Advancing is when, about a month out from a show you send an email to the promoter and confirm all the details for the date. This can include things like set times, load in time, where to load in and if there will be food provided. If a promoter doesn’t reply to your initial advance email then you should follow up at least once a week.

Otherwise in terms of tour strategy, to add on to Carson, I would just recommend you start by growing regionally. I have something called my twelve promoter theory. This is basically the idea that your band should identify twelve markets (Including your home market) you want to grow in. Then run weekenders every other weekend to two of those markets, driving home on the Sunday. What this means is you’ll wind up playing 48 shows a year without ever straying too far from home and building up a strong presence. As a label guy (I work at Prophecy Productions and Ripple Music) I can tell you I am MUCH more interested in a band who can draw 50 people consistently throughout the Northeast than I am in a band who has played to thirteen people a night on the other side of the country a handful of times over the course of seven years.

What are the key steps to booking a show in a new market?

“There's a catch-22 for unknown bands. It's best to book far in advance, but most promoters don't want to give a Saturday night away nine months out to a band that has no draw. Three to four months out is too short of notice, though. If you find you're in a horrible time crunch, you should start over. A rushed tour will be a bad tour.”

Matt: The best way to circumvent this is to send very professional looking emails. If you look pro then promoters will be more likely to want to work with you. Remember that promoters just want to minimize their headaches. If you can send emails that show you are sane and not entitled it will go very, very far. This is part of why coming from the DIY world is important. If you are immersed in your community word gets around if you’re a good guy or conversely if you’re an asshole to work with.

How do you ensure your show goes well? How do you make the promoters life easy?

Nate covers a lot of the basics here, saying:

“Engage on social media. Provide promo photos, an updated bio, your logo, social media links, etc. Mail physical posters to the promoter 45 days before the show. Help get people excited that you're coming to town. Hire a publicist to work your tour. Get strong local bands involved. Be nice and respond to messages quickly. Even if you get frustrated, be professional and cool. Finally, make sure to agree on the terms. Very few DIY bands can ask for a guarantee, and there’s no need for you to send a multi-page contract out. But you should understand what the ticket price will be, what % is reserved for your band, and what expenses need to be cleared before you’ll see a dime. Also, try to ask for at least $10/head meal buyouts (for real band and crew, not friends, hangers-on, or girlfriend/boyfriends) and a couple of drink tickets. If they can’t promise you that when you’re on tour, you are probably walking into a risky situation.”

Other than this, I would just say, do everything you can to help find locals if the promoter asks for help. On top of that, do your best to be in touch with promoters fairly regularly. You don’t want them to forget about you and accidentally book another show on top of you! That happens way more than you’d think. Tied into this – I always recommend you don’t consider a show locked in until THE PROMOTER makes the Facebook event page. Otherwise it’s very easy for them to handwave away the show. If they have the psychological tie of having spent the time to build an event page the show is much more likely to go on. I know it sounds crazy but I’ve been screwed over so many times I take every precaution I can.

What are big mistakes bands make when booking DIY tours?

Yeah – the big one. How do people normally mess up and how do you avoid it? Nate’s advice is sound as to be expected from someone with his decades of experience.

“Usually this has everything to do with bands feeling a compulsion to tour too soon. Yes, in the eighties and nineties you could just hop in a van and tour around the country and play people's basements. You know what? Gas was $1.10/gallon then. Now it's $3.50 and you will lose your ass (or your parents' asses) if you don't do the work up front. Make sure people know your band before you get to town. Build a good reputation by being cool, being good, and also by being very cool and very good. There's a million assholes out there in shitty bands. Don't be one of them.”

This is basically it. Being on tour is expensive, fewer people care than you think and there’s more competition than you think. Again, this is why I suggest you start regionally. You can get a taste for what’s to come without brutalizing your bank account or band morale. So often bands go on tour because they feel like that’s what they should be doing. The thing is – the economics don’t always work out. If you go on tour before there is a real demand you wind up broke and angry with nothing to show for it beyond a handful of shows to less than a dozen people, none of whom bothered to like your Facebook page or follow you on Instagram.

This all being said – tour is also incredibly fun. So don’t be afraid to take a few risks along the way! If you build out a careful budget with conservative goals then you should be in for the experience of a lifetime. Realize that it takes a long ass time to build a band on the road and there will be many hard nights before things start to turn around. What we hoped to accomplish with this article though was just showing you how to cover your ass and avoid disaster. Tour smarter, not harder. It WILL pay off. 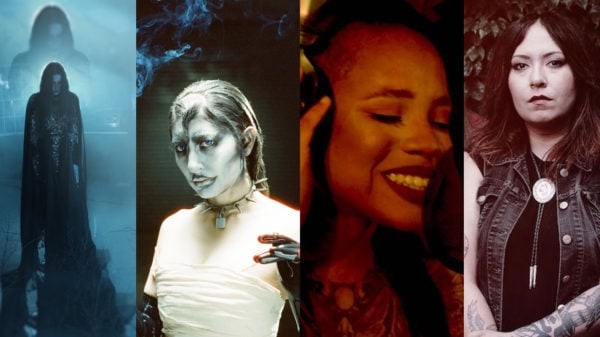 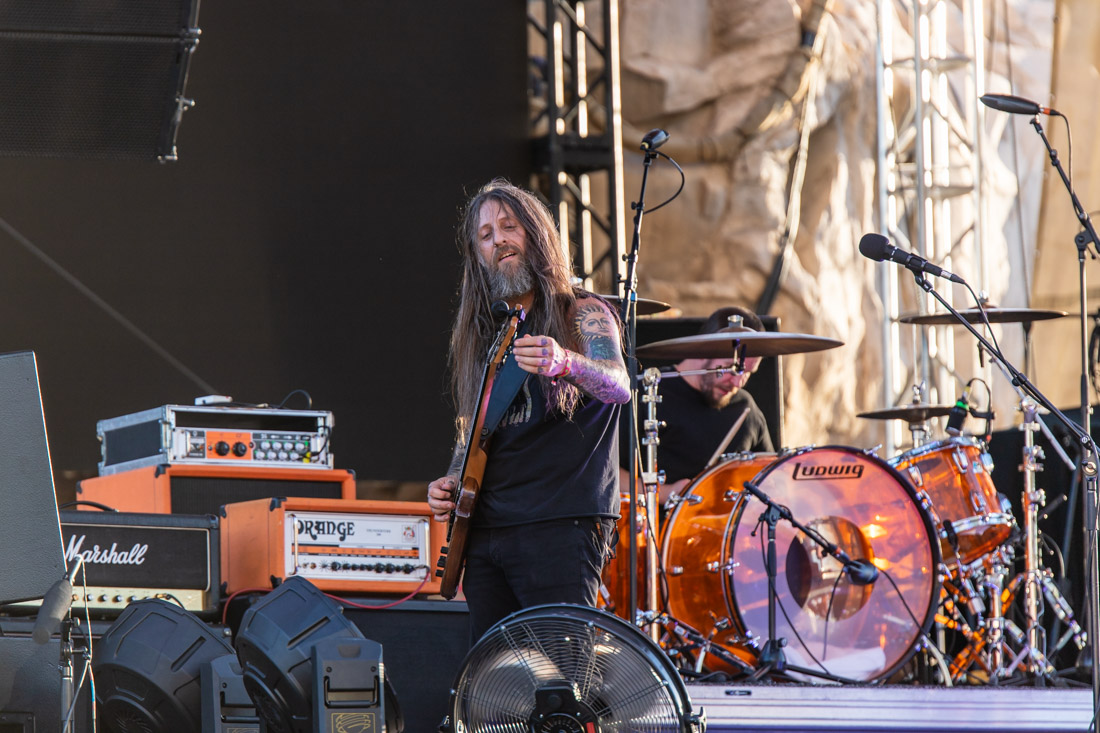