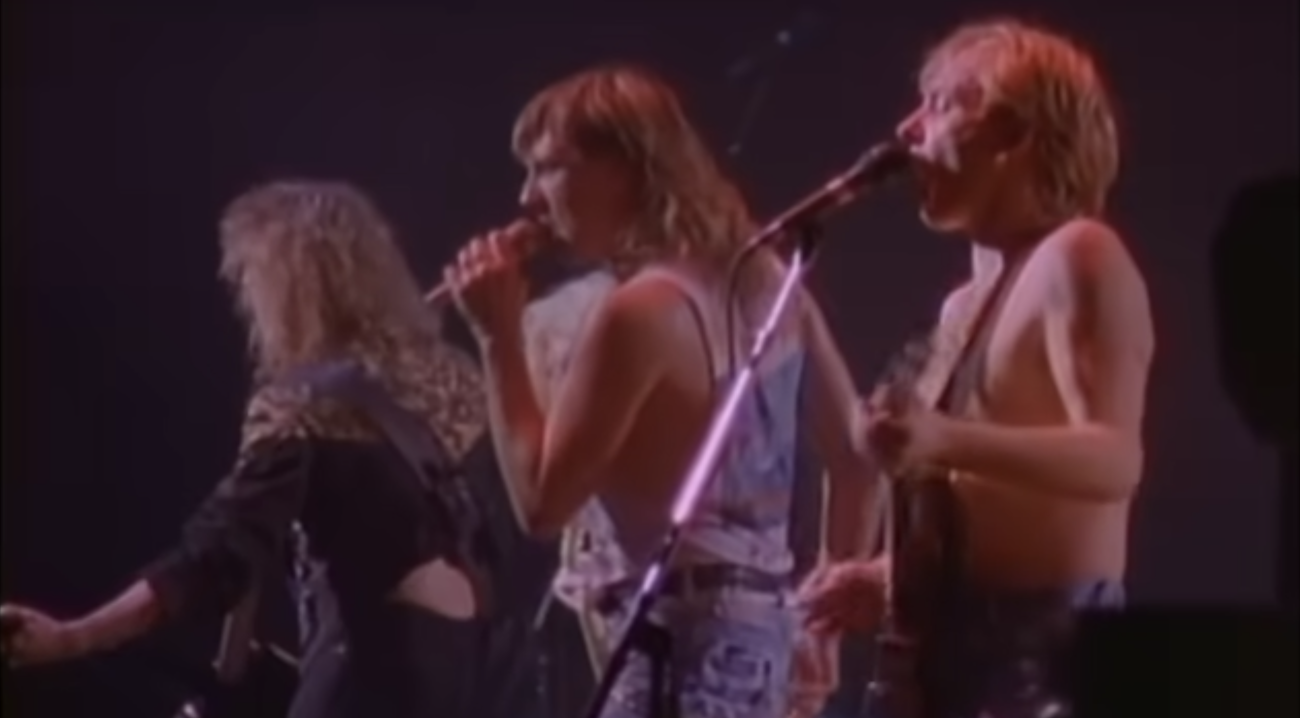 Def Leppard's 1987 album Hysteria has sold over 12 million copies in the United States alone and has spawned a handful of massive hits. But before all that, the album was released and didn't really make any waves. In an interview with Essentials Radio on Apple Music host Jenn, Def Leppard guitarist Phil Collen said the song that saved the record in the United States was "Pour Some Sugar On Me" thanks to Floridian strippers wanting to strip to it.

"'Well, it tanked at first it. Hysteria came out, we'd spent so much time and money on it. It came out and was like, disappointed. In England, it was great because it went top ten [and so] we're like, 'Yeah, this is cool.' And in America was really slow and it didn't happen. Second single, didn't happen. It was like different running orders, like 'Women,' 'Animal,' 'Hysteria.' 'Sugar,' so our albums hasn't made its money back, were in debt, and these girls in these strip clubs in Florida keep requesting this song on the local radio because they're dancing to it, because it's got this sexy groove and it's got all the things we were talking about. It's got this rock thing, it's got this rap thing, it's got these heavy drums and you can apparently dance to it in a good seductive way.

"Anyway, they're requesting it like crazy. It starts catching on fire. So it's on all the stations down in Florida, it starts going to number one on the stations. It gets picked up, goes to other places…so anyway, that's how it kicked off. And it started a snowball effect. It fired up and then all of a sudden everyone's going, 'Oh my God, this is the best album you guys have ever done. This is so amazing'… and the album goes to number one, twice, album ends up selling 12 or 13 million in America, and you go, 'Wow.'

"But we were well aware of how it stung when we put it out… We were pleased because we felt we'd done this music that was the best thing we'd ever accomplished. So we were really happy with that. We was just a little disappointed there wasn't a reaction until that song came out, and then there was a massive reaction. Just night and day."

Def Leppard out on their stadium tour with Mötley Crüe, Poison, and Joan Jett And The Blackhearts.