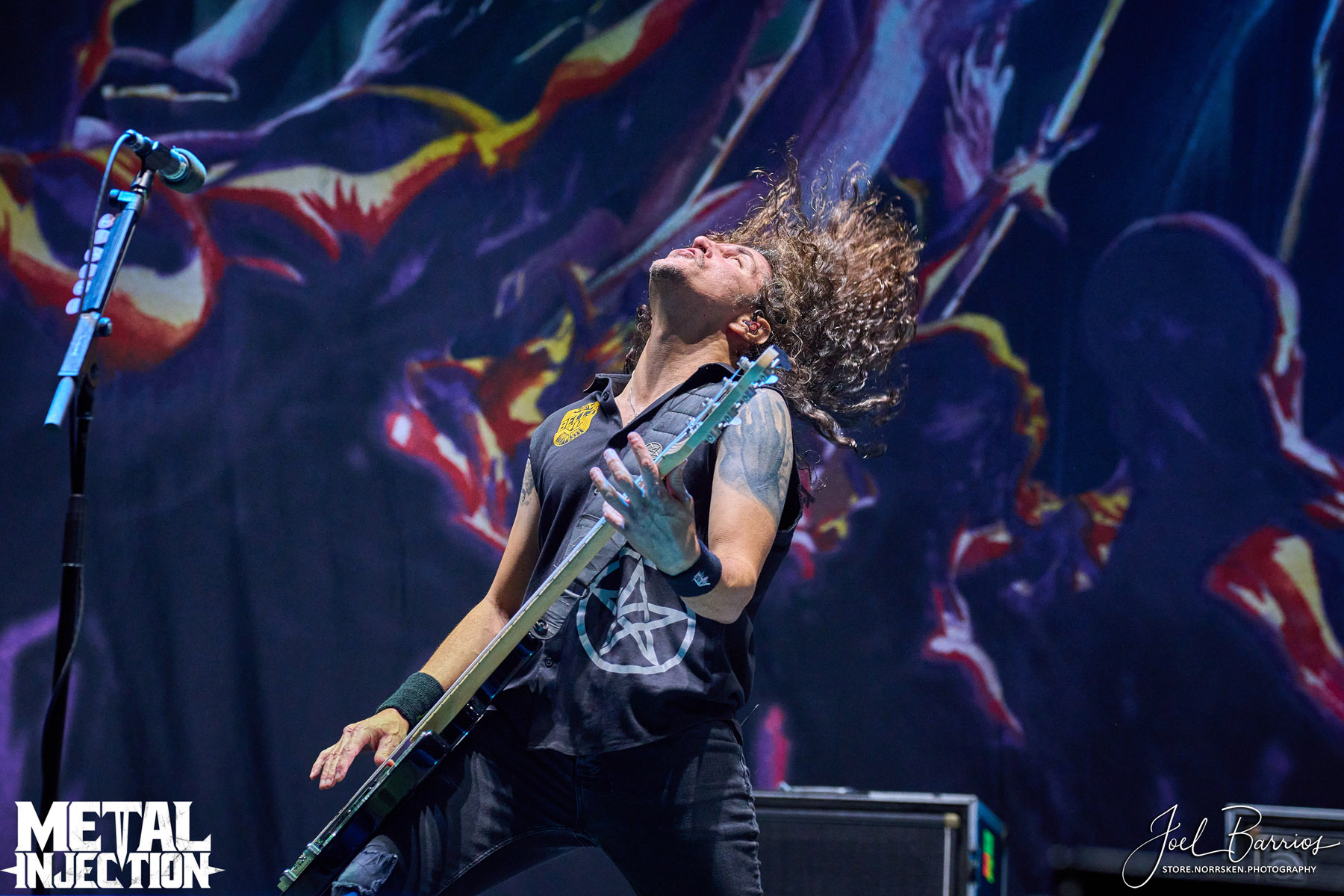 Aside from Neil Turbin on the first record, Anthrax has two distinct eras of vocalists – Joey Belladonna in both the early and modern days, and John Bush between 1992 and 2005. Belladonna's material is more straightforward heavy metal, while the Bush era is noted for its reliance on more of a groove metal sound.

In an interview with Blabbermouth, Anthrax bassist Frank Bello expressed his love for both eras of the band, but noted they're essentially two different bands despite largely being the same lineup.

"It sits right next to my heart. I love the time John Bush was in the band. I love John Bush as a person. He's one of the sweetest guys on earth. He's a great singer — he's all the above. But I have to separate it because it's a different band. Two bands and I'm happy to say it. I'm fortunate to be able to look at it that way. I look at it as very close to my heart. Look, I would easily jam any of those songs at any time because they hold up.

"That's the great thing about it. I'm really happy with Anthrax where we're at it because I know where we're going. We've been very fortunate to have this fanbase stay with it and rally around the newer records. They really find substance to the new records and find we're growing as songwriters. For them to say the last record, For All Kings, is one of our finest works at this stage in the game? That means everything. That means we're on the right track.

"I could tell you this: The band is very hungry from within. That's the good thing about it. There's no laying down here, especially with this Covid bullshit. We feel like everybody has been held back for so long. That lends itself to great riffs and intensity. That lends itself to the inner turmoil you have in your gut coming out on the guitar."

Anthrax recently broke out the Bush-era song "Only" live with Belladonna, prompting the question of if the band would try any more of those songs soon. Bello said Anthrax has been talking about it, but notes that there's plenty of Belladonna material the band hasn't gotten to either.

"There's always talk about [trying other Bush-era songs]. It's crazy. There are two different bands within Anthrax. The way I feel about it: We've been very fortunate to have two separate bands, one with Joey, one with John. They're both to be celebrated. There's such a catalog of Joey, right? It's so hard even to get those songs in the setlist. There's obscure ones. Look, I want to play 'Lone Justice', 'The Enemy'. I don't know how they'd go over. It's hard to mix that in with the John Bush catalog. I think baby steps with that."

So which Bush-era songs would Bello want to eventually play live? He names both "Potter's Field" and "Hy Pro Glo" as two potential choices, but off the Bush debut album Sound Of White Noise.