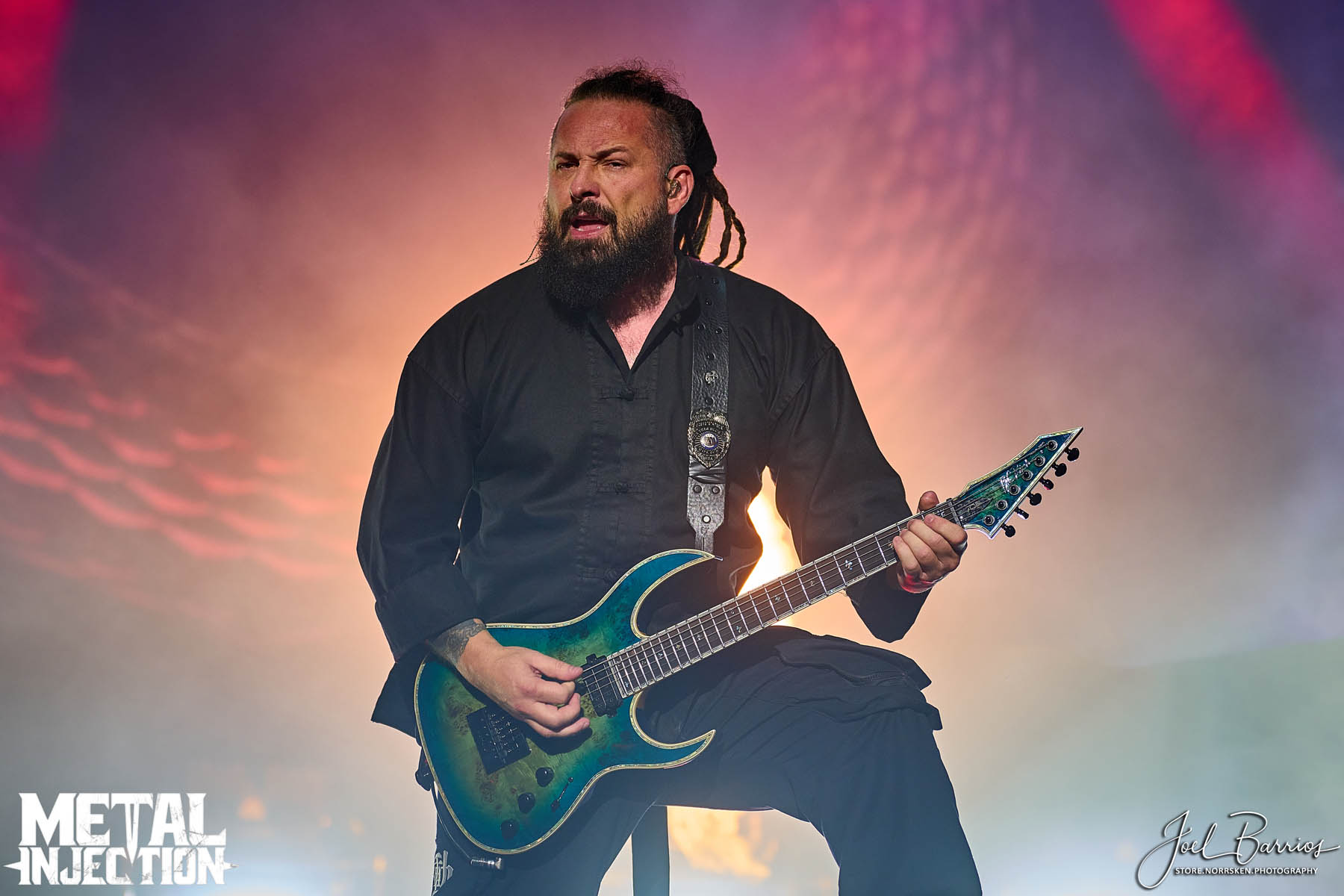 You've seen the cycle a million times – a band gains some traction with their first album or demo and they're hailed as an underground gem. Then as they get discovered and achieve the success that comes along with getting bigger, all of a sudden they're sellouts. In an interview with FaceCulture, Five Finger Death Punch guitarist Zoltan Bathory addressed the hate that seems to come with popularity and posits that maybe "sellouts" are actually just living the dream that they worked hard to achieve.

"It just what it is. In the very beginning, [getting called a sellout] gets under your skin a little bit because you don't understand… I worked my ass off to be here. You have no idea how much work this [career has been to get to this point]. It didn't just pop out of nowhere. This is 30 years in the making. I was 12 years old making my first guitar out of a coffee table because I couldn't afford one. It's a lot of work and you just do what you love doing.

"Ivan [Moody] pointed this out the other day. He goes, 'Did you notice this that any other genre if somebody gets a number one hit, they're celebrated. In heavy metal, you're a sellout.' How? Maybe they don't understand what sellout means. Because I do exactly what I wanna do. I don't sit in a job I hate. I do exactly what I wanna do. Nobody is pressuring me to do something I don't want to. I play exactly the music I like. So that's actually exactly the opposite of selling out."

Bathory went on to point out that simply handing a band a shit ton of money isn't a guaranteed way to make them popular, and criticized metal fans who think they "own" the genre. The latter is definitely a great point in that gatekeeping sucks and fans should be happy for bands that achieve success and can make a living off their art.

"So that's one thing — people just view this as if this genre should be underground and somebody owns it. And, 'No. This can't be popular.' So it's a combination of that. A lot of misunderstanding, I guess. We came up pretty quick. I'm sure that has something to do with it. Sometimes I read, 'Oh, a major label brought a bucket of money and…' Clearly [those people] have no idea. You don't know anything about the music industry if you think that's how that works.

"There's no amount of money I can give you and you're gonna like a band. You just like it or you don't like it. That's it. And how people invest in bands also doesn't work that way. You have to achieve some kind of success, and then you get signed because the label would see that you're achieving some success. They aren't investing in something that they don't know if people are gonna like it or not; that's not how this works. And then plus, our story, the first record, it was completely homemade, produced by us. We made it my living room — literally. So we were exactly the opposite of that — we achieved and earned everything."