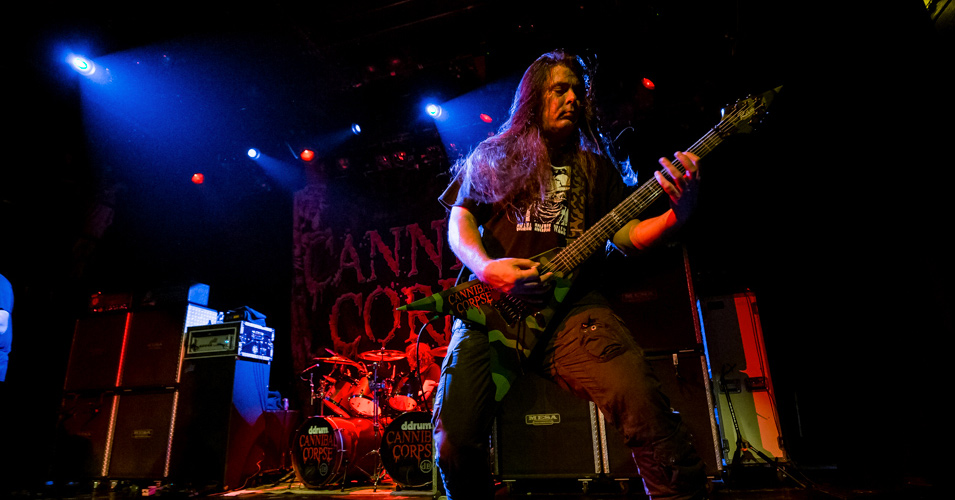 Cannibal Corpse guitarist Pat O'Brien was spotted in public presumably over the weekend (given the hashtag #saturdayvibes) by Instagrammer apatmann, and he looks pretty good! This is the first time O'Brien has been photographed in public since his legal troubles in 2018.

O'Brien was arrested on December 10, 2018 for burglary and assaulting a police officer. Upon inspection of O'Brien's home, police found a cache weapons, rounds of ammunition, and potentially explosive devices. O'Brien was  released from Hillsborough County jail on $50,000 bail and was facing charges of burglary of an occupied dwelling with assault and aggravated assault of a law enforcement officer.