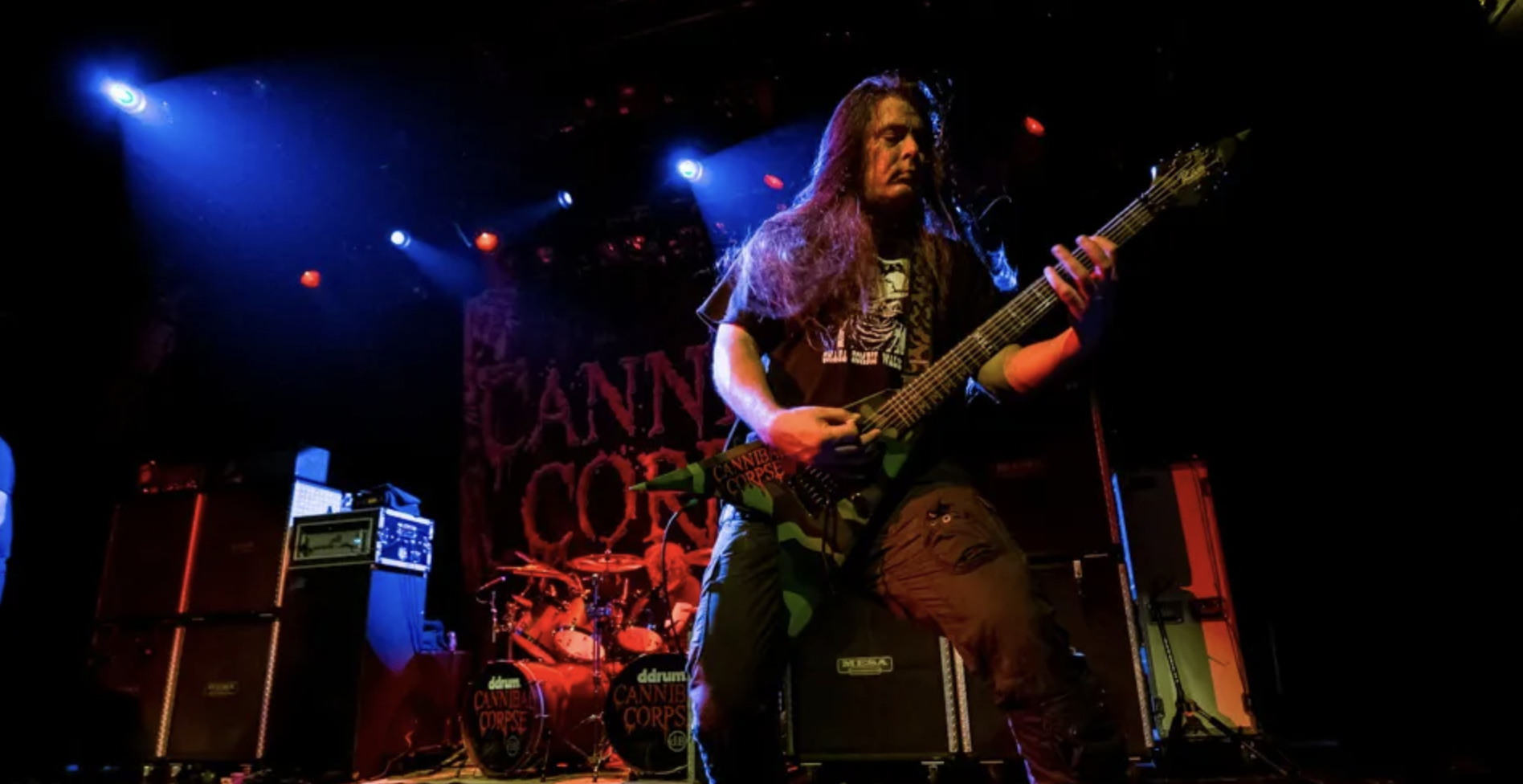 Exhorder parted ways with guitarist Marzi Montazeri earlier this year, and had former Cannibal Corpse guitarist Pat O'Brien filling in with them during their appearance at Maryland Deathfest. Now in an interview with Blabbermouth, frontman Kyle Thomas reveals that O'Brien will fill in with Exhorder at both the Slaughter At The Southgate Revival and Dimestock Metal Fest 2022 festivals happening this August. Thomas also talked a little about what the show with O'Brien was like, saying O'Brien was apprehensive about his first major public appearance since 2018.

"He was as apprehensive about it as anybody. Having not been onstage for a while, he wondered, 'Are these people going to want me around?' We were, like, 'Come on, Pat. You're Pat O'Brien. These people want to see you.' I can appreciate how he felt about it after all he had been through. I could imagine there was an intimidation factor about it. We got up there and he said, 'I think I'm going to lay low in the back, get up and play and be done.'

"As soon as we got onstage and people saw him, the place went nuts. I said to the crowd, 'Hey, look, you all know Pat, right? Show Pat some love.' And they went nuts. They adore this man. Who wouldn't? If you ever met him, he's one of the nicest people you'd ever meet. He's one of the greatest at what he does, too. Then he started taking pictures with people and talking [after the gig]. He had a big smile on his face. That was so worth it. Here was a guy who needed a good break in his life and we needed help from him to get the show done. It couldn't have been any more perfect."

Check out some fan-filmed footage of the show below.