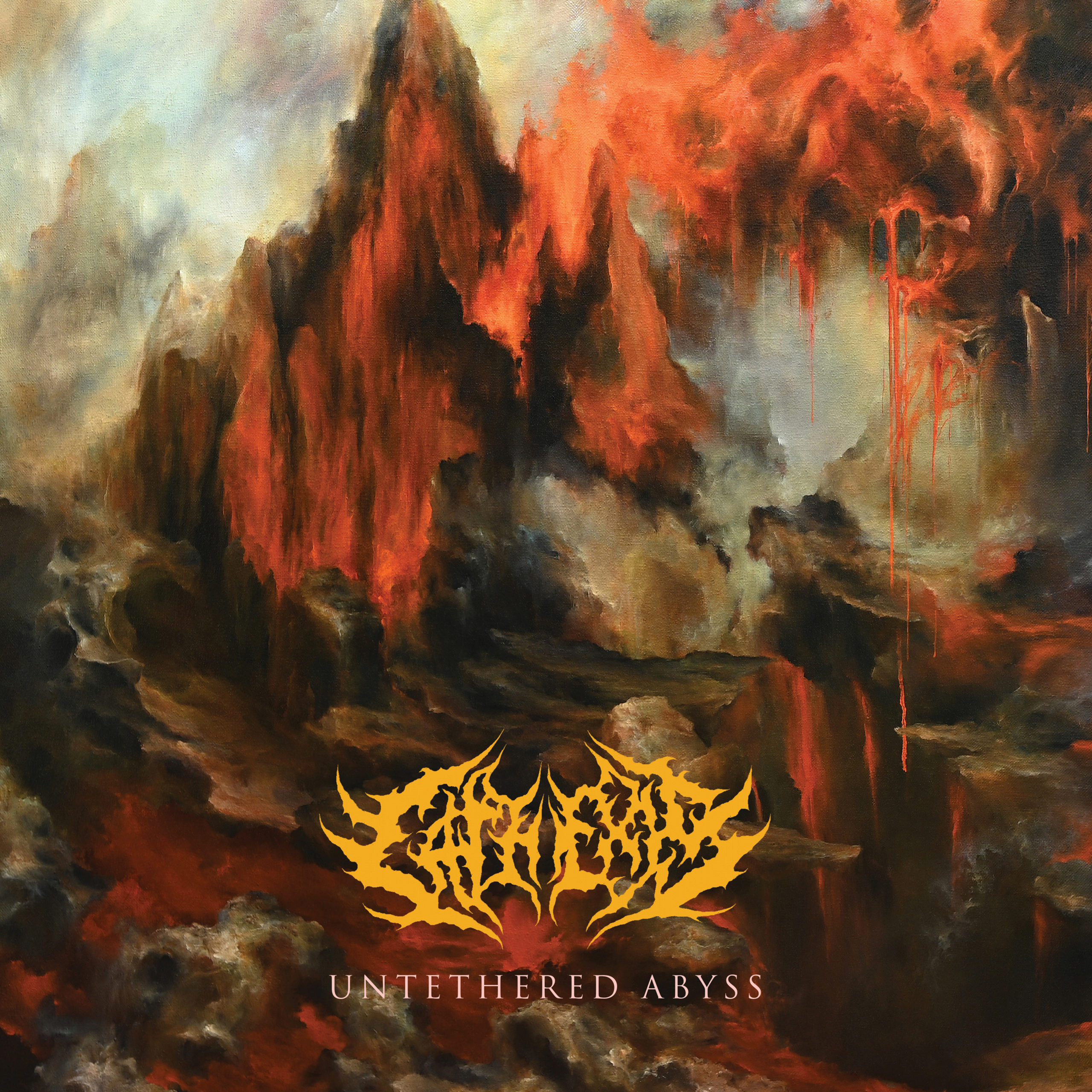 In just a few days on Friday, June 25th, Willowtip Records will release Untethered Abyss, the new album from Texas natives Cathexis. We’ve got a few days early stream of it for you here today and I'm really excited to share this release with you all.

A few full-lengths and a decade together as a band has brought Cathexis to the current place in time that sees their 3rd album, Untethered Abyss, out in just a few days. At its core, this is a brutal-minded technical death metal release driven by a dissonant death metal focus, but not delivered in exactly the same way it's often been given to us since this sub-style merger between those worlds united. I'm not sure if it was from the band or the label but citing comparisons to groups such as Gorguts, Necrophagist, Artificial Brain, Baring Teeth, and Sunless is a solid starting point when it comes to sorting out your potential interest in Untethered Abyss.

Even now in 2021, this is a lesser-traversed sub-style of tech-death, and for that reason alone, Untethered Abyss is worth your time as it outshines many of its peers doing quite similar things. After numerous spins on my end, my conclusion regarding this release is that much of what makes it special is that it doesn’t entirely occupy the same lane as the technical brutal death metal crowd that’s absorbed dissonant death metal into its DNA. There is a noticeable brutal edge to this release, and yet, Untethered Abyss feels like its own entity. In spite of often feeling like Ulcerate-inspired darkness taking a somewhat slower tempo Gorguts-Obscura and Gorguts – From Wisdom To Hate approach to heart. It’s definitely not purely slow material save for "Library of Babel", but what I’m talking about certainly plays a significant role when it comes to the feeling and approach the songs on Untethered Abyss are born of. I guess that's the beauty inherent in a nuanced approach to sounds we've heard before, it's a tougher puzzle to crack, and that's half the fun of knotty efforts like this, is it not?

The band’s extended statement about the album sheds a lot of light on what I’m talking about. Cathexis shared with us for this feature that “When creating Untethered Abyss we strove to create parity between the aural and visual presentations of our songwriting and performances. Creating an album with an organic and furious presentation in its production and artwork was of the utmost importance to us when selecting our supporting cast of engineers and artists.

Additionally, there’s never been a greater time for bands to get their work published, but the downside is oversaturation and bands feeling like they need to outdo each other, creating a barrier for entry for many new releases due to their huge density of ideas and length. Rather than take the approach of outdoing the last band by creating a 13-track, 90-minute epic, we take the path of brevity, putting forth a lean record with an economy of songwriting where not a single riff is wasted, and each song carries its own unique identity within Cathexis’s sound.”

Cathexis – Untethered Abyss is another standout 2021 success for the always reliable gang over at Willowtip Records. This is a special release that requires a lot of time and patience in order to really absorb what the group is up to here. But the payoff is well worth it. For those willing to give it the time it deserves, Untethered Abyss is a damn good album with plenty of staying power. If you like what you're hearing below, pre-orders can be placed here and here. You can follow the band over on the Cathexis Facebook Page.

In this article: Cathexis