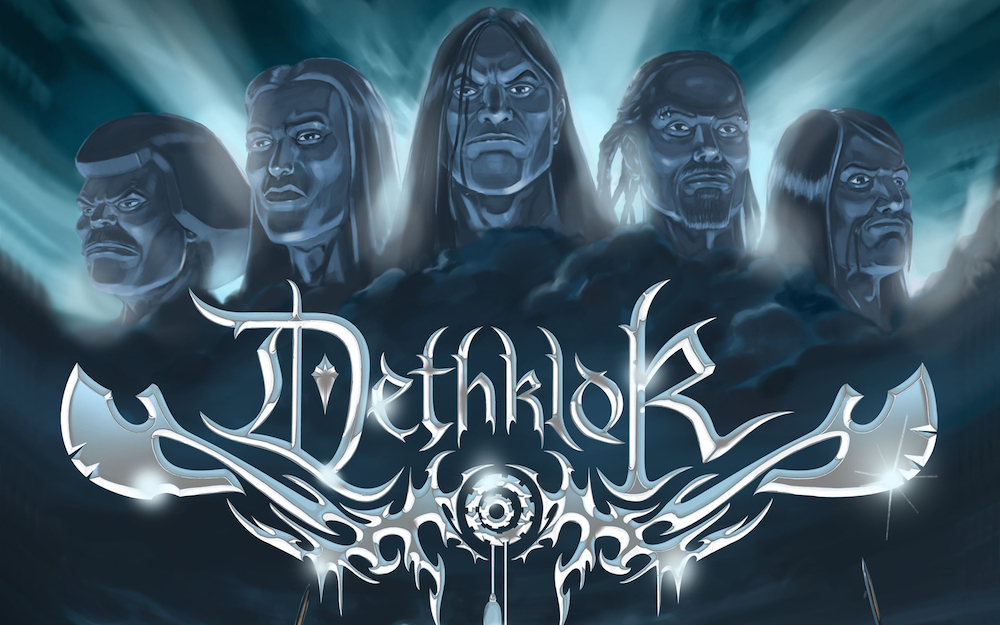 Metalocalpyse aired on Adult Swim between 2006 and 2013. Despite the show having been off the air for six years at this point, a lot of fans still hold out hope for a return of either the show or the legendary band Dethklok. Then earlier this year, Adult Swim Festival's second annual event was announced for November 15 and 16 at Los Angeles' Bank Of California Stadium with none other than Dethklok as headliners for the first day. Which of course sent fans into a frenzy regarding a second coming of the show and band.

In an interview with the Everblack podcast, Dethklok drummer Gene Hoglan remains optimistic about the show and band's future. He also alludes to founder, multi-instrumentalist, and producer of the show Brendon Small knowing more than he does, all while referring to Adult Swim as "a bunch of fuckers, and things didn't end up on the best note."

"You just never know about the future. I wish I knew more about it. But I've got a real positive feeling about some things. And that's about the most I can say about it. But I know Brendon could elaborate. I always feel good about Dethklok's future. I'm always the one holding out the hope. I know the network was a bunch of fuckers, and things didn't end up on the best note, but you never know. And so we'll see what that sort of attitude brings. Hey, you never know. That sometimes brings a lot of positive stuff in the future. So I'm always down for that."

All we really know about a potential revival was from Small in 2016, when he said Adult Swim gave him a "hard no."

“There was no debate, there wasn’t even a returned phone call. It was a hard ‘no.’ It was about as hard of a ‘no’ as you could possibly get … It’s basically like a crappy relationship at the end where we should probably break up, but they kept on dangling the idea of doing this thing in front of me and then dangling other TV show ideas and stuff like that.

“What I think really happened was [‘Metalocalypse Now’ campaigners] drove Adult Swim insane. I think Adult Swim, for some reason, took it very personally. The truth was that people were saying, ‘Hey, what the hell? Where’s our show? We’re here for this show, can you give it to us? We’re gonna watch it like crazy,’ and [Adult Swim] said no. I think somebody’s thin-skinned and somebody got their feeling hurt.”

So now we wait.

In this article: dethklok, metalocalypse

At least all three guys in the band are together.