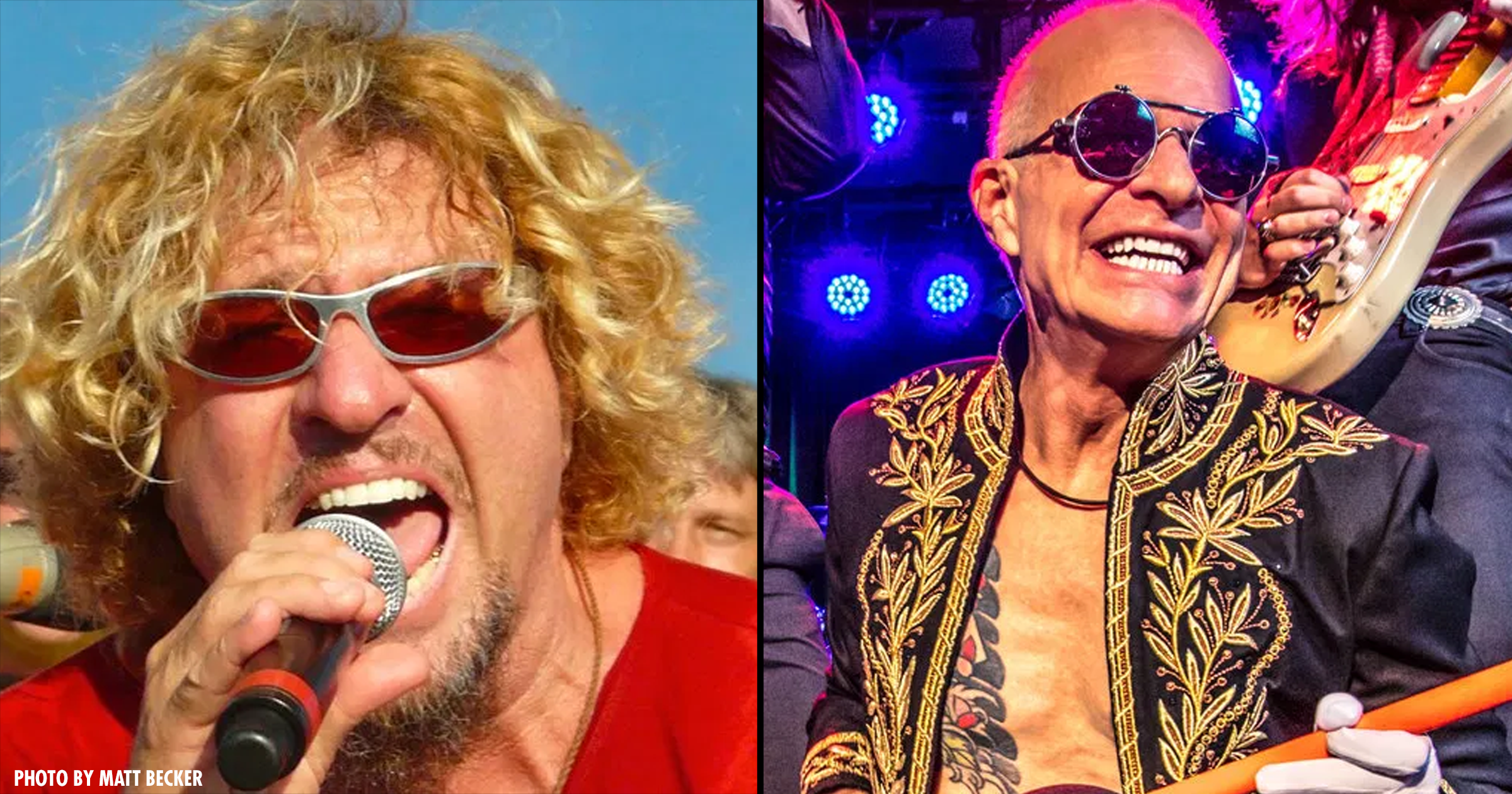 While Sammy Hagar managed to make peace with Eddie Van Halen before Eddie's unfortunate passing last year, it doesn't seem like there will be any dinner party invitations between Hagar and David Lee Roth. The two former Van Halen vocalists never really got along, and in a recent interview, Hagar had no problem sharing his true feelings on Roth.

Blabbermouth transcribed some quotes from a wide-ranging interview Hagar offered to Brazil's Inside With Paulo Baron. And man, he really goes in.

When discussing the differences between himself and Roth, Hagar notes "[David is] a real character. He's a showman. He's all show. I enjoy him. But you talk about cringing. I can't imagine how he feels when he looks at some of them old videos, the way he was dancing and moving, and the way he was singing live sometimes. I don't know how he feels about all that, but I don't think he cares. The difference between him and I [is] I sincerely care — I care about everything I do and I care how it affects people and I care what they think."

He continues "I care that it touches them and it makes them happy. And what is important to me is enlightening and elevating people spiritually and making them happy and making them have big dreams, making them want to be better themselves. And that's my goal with everything I do — is to bring that to people and change their life, if I can. I don't think he cares about anything like that. And that's the difference between our presence. He's very much into himself, very much into being a showman and doesn't really care. I don't know what he cares about; I really don't. I don't know him. I have no idea who that guy is; I don't think anyone does. But he entertains me. I enjoy watching him do stupid shit."

Then Hagar basically called Roth a poser, saying "Well, the first thing I'd say is I look at him and I think, 'Wow. He's a strange person. He's a strange character.' He's not what he's saying he is; he's pretending. He's totally bullshit. Everything he does is thought up and it's an image. It's nothing to do with who he is; he's not exposing who and what he is. And I know this for a fact. I knew that the first time I saw him. I said, 'This guy, he's putting on an image, putting on a show.' He goes back home and goes in his house, and he's a whole different guy — nothing to do with that guy [you see on stage]. He's not honest about his image and his performance. That's what I see when I see him; that's how I feel. But I tried to be friends."

Hagar also briefly touched on the time the two vocalists toured together. "When we did our together, I thought it was gonna be so much fun. I thought, 'If he's anything like he claims to be, we're gonna have a good time.' But he wasn't. He was the worst guy to be around. He wasn't ever around. He hides out. You never see him. He puts on this whole big front and comes out, 'I'm here. David Lee Roth is here,' and then he goes and hides again. I don't think he's happy. He's never been married; never had a relationship; never had children. It's, like, man, how do you live like that? I don't know. I'm a family man. And I love women — I love women and children… He hasn't aged well — his voice. [Laughs] I don't know. It's hard."

Hagar concluded about how ultimately, he wants the entire Van Halen legacy celebrated "I used to not wanna cause trouble," he said. "First, in the old days, before I was in Van Halen, I ripped him through the fucking coals when I [did] the press, before I ever was in that band. And then when I joined the band, I tried to be nice. And then when I left the band, I tried to be nice about him. And then we did our together, and then I fucking said, 'Fuck this guy. He's an asshole. You can't get along with him. He's no fun. He's full of shit.' And then now, after Eddie's death, I feel, once again, he's part of the Van Halen legacy and he's important. So I wouldn't wanna ruin anything to do with what he brought to that legacy. I want Van Halen to go down as one of the greatest rock bands of all time — but not just my [era]; Dave's era [as well]. I want Eddie to be the legend and get the respect that he deserves, and the only way to preserve that is by being kind about the past. And, like in my [2011's autobiography, Red: My Uncensored Life In Rock], like I said, that's the only thing I would probably [change in the book if I was writing it now is I would] soften it up [as it relates to Eddie]. But it's too late — it is what it is. And it's honest. So I'm not lying, I'm not backpedaling — nope, nope. It's all true. But God rest his soul. He brought a lot to this planet, to this business of rock and roll, Eddie Van Halen did. And Dave was a part of it. It's too bad what he's become. [Laughs] But that's different. It's not Van Halen anymore."

I guess they won't be inviting each other over for dinner anytime soon. You can watch the full interview below.

No word on when or where this came from.