Corey Taylor Has Some Thoughts on Gen Z "Canceling" EMINEM 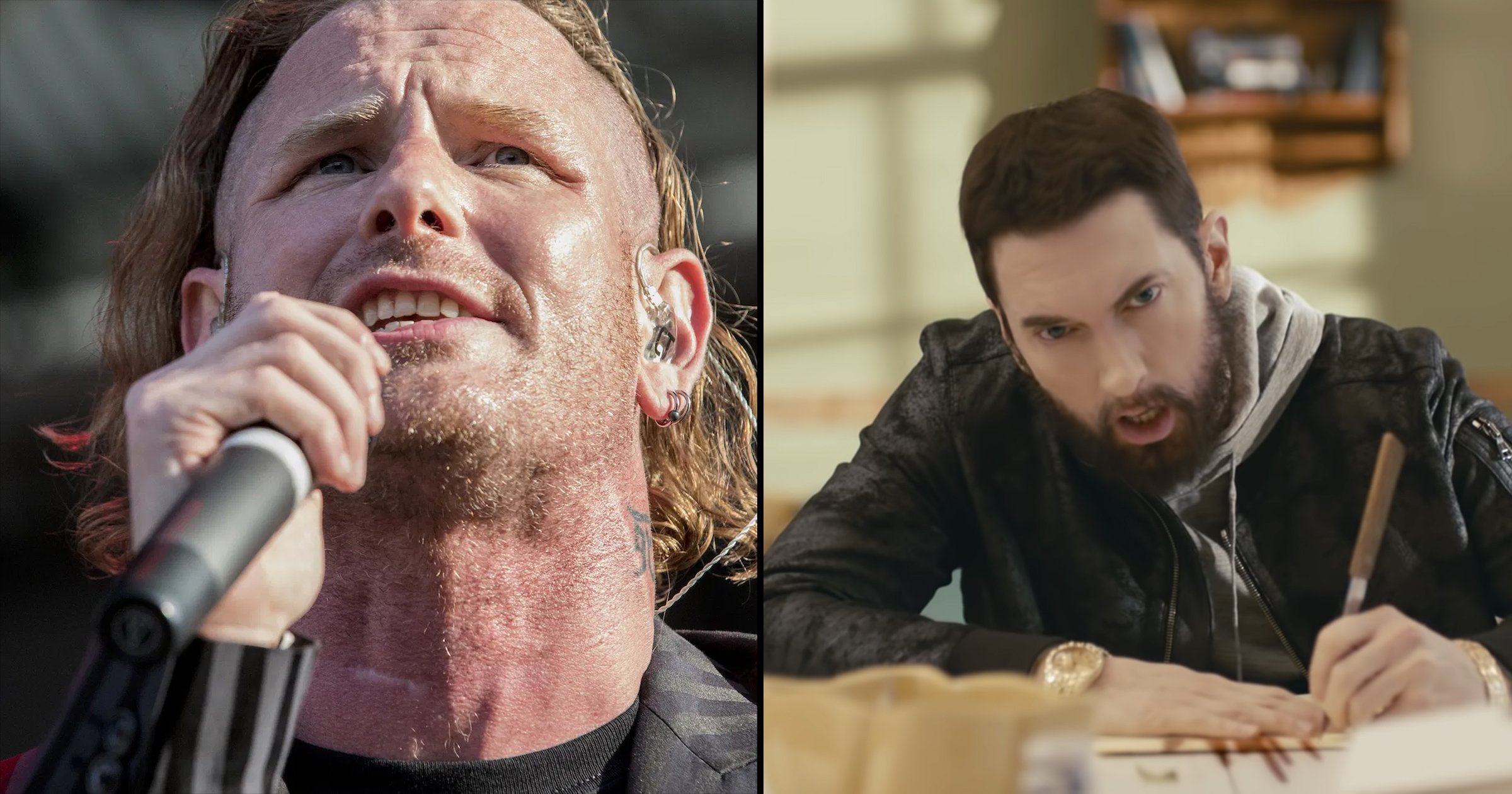 There was an attempted cancelation last week of Eminem and as usual, the ensuing controversy is far greater than what actually happened. It's not as if a major chain pulled Em's music, or anything like that. All that happened is some girl on TikTok with 200 followers or whatever pointed out a problematic lyric in Em's duet with Rihanna from over a decade ago.

I would show you the original TikTok that some random teenager posted, but she has been shamed off the platform. Anyway, here is the original video, archived on Twitter, for those that missed the drama. TikTok has created enormous opportunities for users to create any kind of video content and post it. The follower and like count is a very important factor for TikTok growth. If you study some of the top TikTok users' profiles, that will really fascinate you. Getting that amount of likes and followers is competitive but you can try to buy TikTok likes to boost your TikTok account.

Again, one person said something – and it got retweeted a bunch. Things really picked up when Eminem released a lyric video for "Tone Deaf." While the lyric video is new, the song is old.

This led to hundreds of articles stating that EMINEM REFUSES TO BE CANCELED. But who exactly is canceling him? Some girl?!?

Anyway, Corey Taylor caught wind of this and was asked his thoughts, and I want to say that I assume Taylor only really saw the headlines and didn't actually see that this really is no big deal.

Taylor was interviewed by Matt Pinfield on 95.5 KLOS and said "I was just reading about how Gen Z is trying to cancel Eminem because of one line that was in a Rihanna song that he did with her," Taylor said. "And I'm just like, is that where we are right now? I mean, at this point, you're talking about the Salem witch trials. You're talking about, you know, America in the '20s where the KKK was like a political force. You're talking about complete condemnation without context or any rationalization for an action like that."

"To me, that's the most dangerous — when the mob decides that you're gone. I mean, that is Caesar at the Colosseum, for God's sakes. That's when it's dangerous. The level of censorship that we're starting to see — and I'm not saying that certain things haven't been said that easily offend people. However, the flip side of that is that you can't even make a joke anymore — even in the cleanest of situations."

"It's starting to really kind of form in my head," Taylor told Pinfield. "I may actually write it soon. Because it's really kind of out of control out there right now."

Don't think Taylor won't do it either, he's written plenty of nonfiction before.