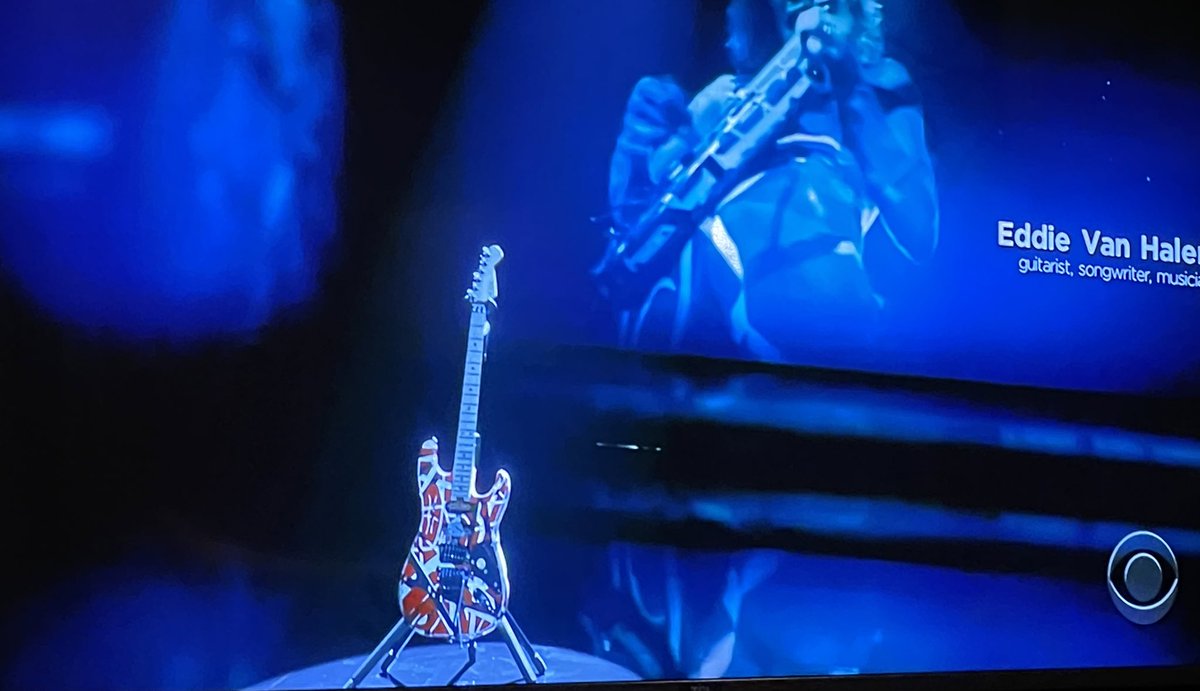 Ahh, another year of the GRAMMYs and another year with the rock world feeling shafted. With the immeasurable loss of Eddie Van Halen in the last year, some rock fans were gearing up for some sort of tribute from the GRAMMYs, which was broadcast last night. Some felt what ended up happening was a disservice to an icon.

During the in memorium segment, a lone EVH guitar sat under a spotlight, while footage of Van Halen soloing was played in the background. It lasted for maybe 30 seconds.

Eddie Trunk posted the clip with the caption "So in a more than 3 hour show this is all the @recordingacademy #grammys could muster for an ICON?! I am beyond outraged and disgusted. New lows even by Grammy standards!! They had 5 months to do something! @wolfvanhalen had a # 1 rock song that he could have played. Could have had a guitarist do Eruption. Could have said his name in the open when you did mention artists who died. This is pathetic! But sadly expected with this organization who are nothing but a popularity contest. Lost for rock since they gave Tull the Grammy over Metallica. But truly a new low in disrespect tonight. Astonishing"

Former Van Halen vocalist Gary Cherone chimed in "Maybe an Artist that reimagined how one plays an instrument, who continues to influence generations of musicians and, literally changed the course of rock ‘n’ roll deserves more than fifteen second at the Grammys? #LongLiveTheKing"

Chris Jericho basically announced he was boycotting the show, saying ""Hey @RecordingAcad …no tribute to @eddievanhalen tonight? You and your bullshit awards can GO FUCK YOUR ASS!! And don't ever try to give my band a nomination. I'd rather win a @RazzieAwards … #FuckOffGrammys #Grammys".

This isn't the first time the GRAMMYs will come under fire for this, and certainly not the last. How do you think they did?