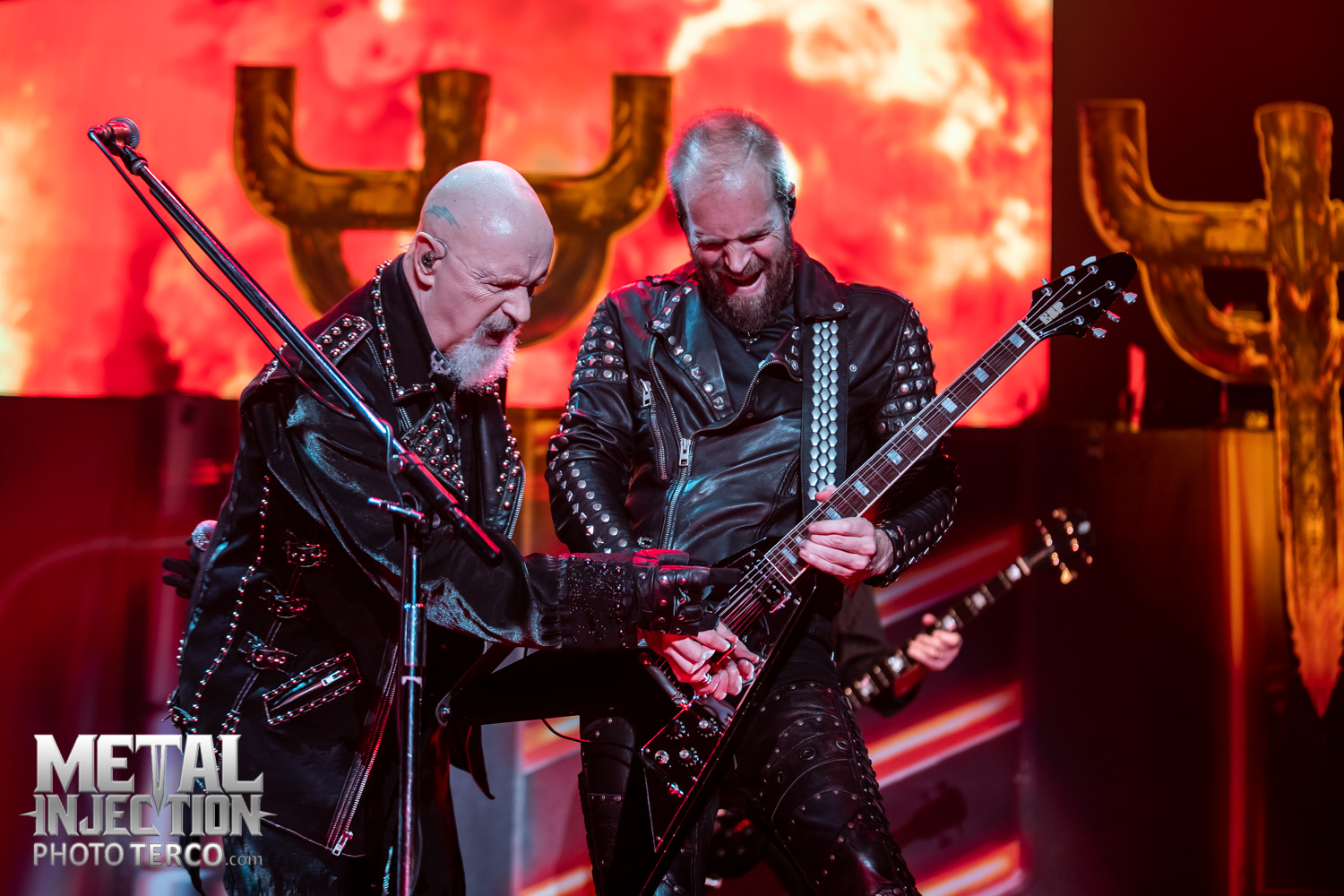 Judas Priest revealed yesterday that they'll perform their upcoming tour as a four-piece, meaning live guitarist Andy Sneap is out of the picture. Judas Priest said in their statement "Big thanks to Andy for all you've done and continuing to be in the production team for our new album," and left it at that. Now Sneap has made his own personal statement to Blabbermouth, saying that Judas Priest let him go and that he's pretty disappointed.

"Rob called me last Monday and said they wanted to move on as a four-piece, which I find incredibly disappointing after this amount of time but I respect his decision as they obviously have a vision how they want this to play out.

"This always was a temporary situation, and like I've said before, I'll always help the band any way I can, and that applies going forward also," he continued.

"I've been a huge fan of the band since the early '80s and it was mind-blowing to play onstage with the guys and quite frankly terrifying in the beginning at such short notice.

"We are moving forward with the new album next month and look forward to making a killer follow-up to Firepower."

Sneap filled in with Judas Priest between 2018 and the present-day as longtime guitarist Glenn Tipton announced he wouldn't tour anymore due to his worsening Parkinson's disease. Judas Priest will hit the road with Queensrÿche this March.