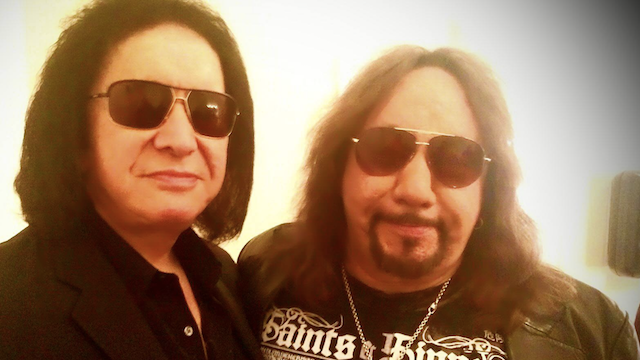 The KISS drama is in full effect. After a recent interview in which Gene Simmons said “Could we depend on either Ace of Peter to do a full set night after night? Not on your fucking life,” Frehley took exception to that and started throwing jabs at his former bandmate.

Yesterday, Frehley released a statement calling Simmons a sex addict and saying that Simmons recently attempted to grope Frehley's wife.  “You’re just an asshole and a sex addict who’s being sued by multiple women, and you’re just trying to sweep it all under the carpet! The icing on the cake was when you groped my wife and propositioned her in Los Angeles at the Capitol Records building behind my back … She was planning on pursuing a suit against you, but I told her to call it off!!!"

Rachel Gordon, who is Ace's main squeeze, reportedly responded to a friend on Facebook about the drama and offered this insane nugget of information:

Let me tell you.
They tried to have Ace killed in the 70’s. Tried sending him to a so called ‘private party’ in the Bahamas.

He doesn’t need a chain of low brow restaurants; he plays the guitar. That’s what he does.
FUCK THEM.

KISS have yet to respond to the accusation.