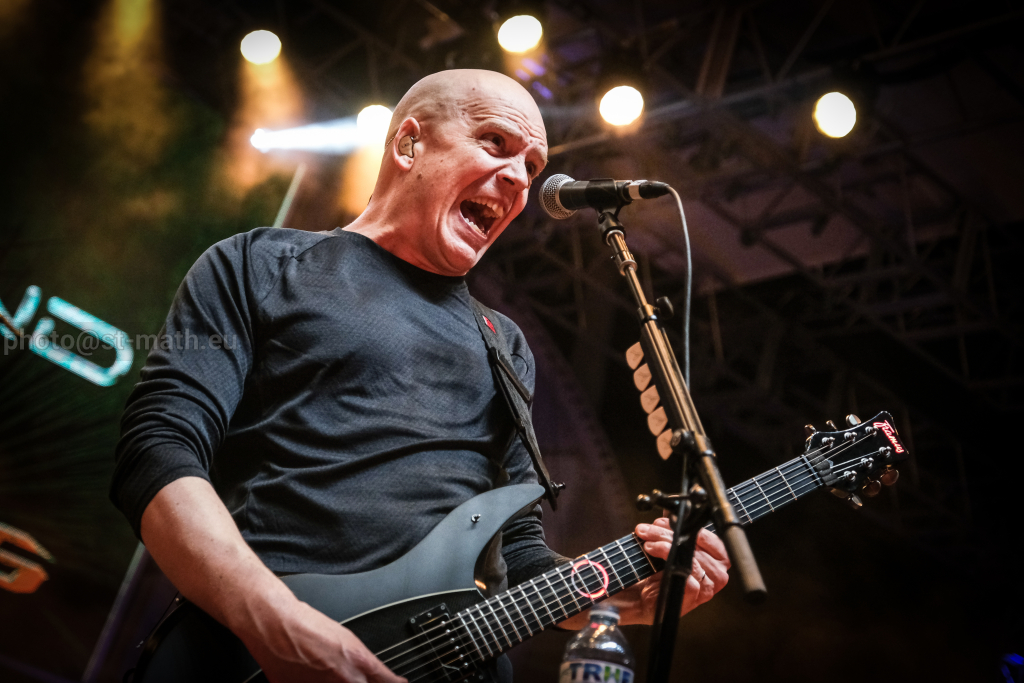 Devin Townsend is hard at work writing a new album, though in the meantime he's giving fans an hour-plus of very relaxing  music. Townsend has surprise released a new album Guitar Improvisation #1 that he said is meant to be listened to passively and "be a sort of wash that you can play while working, chilling, or creating something."

So, its been a strange week, and I have been writing a lot of strange music. Amidst the more tumultuous stuff thats appeared, I often find it therapeutic for me to just simply play guitar in the mornings, and over the years I've kind of 'developed' (for lack of a better descriptor) a sort of chilled out, Ambient guitar technique. This isn't meant to be focussed on, its meant to be a sort of wash that you can play while working, chilling, or creating something (thats my hope at least). I like playing like this, and in fact, Id say 80% of what I play with a guitar in my hand over the last decade or so ends up sounding something like this.

I had recorded some of it in the background of the Podcasts (which I will be continuing) and was asked to post it, but it made more sense to me to do a fresh one here. Lots of people still think Im secretly the same raging metalhead I was in my mid 20's, but its been a few decades since I legitimately felt that way I'd say. This improvisation is one take (with a bathroom break I edited out) and I used a Sadowsky Telecaster and a Fractal AX-8 for the sound. Art for this (and the Podcast) are done by my good friend Travis Smith at Seempieces.net.

Hopefully its helpful to some of you who need a sonic break.

Thanks again for the ability to do this. Ill release this in a physical form if theres any interest.