DEMI LOVATO Caused Some Satanic Panic In Britain With One Poster 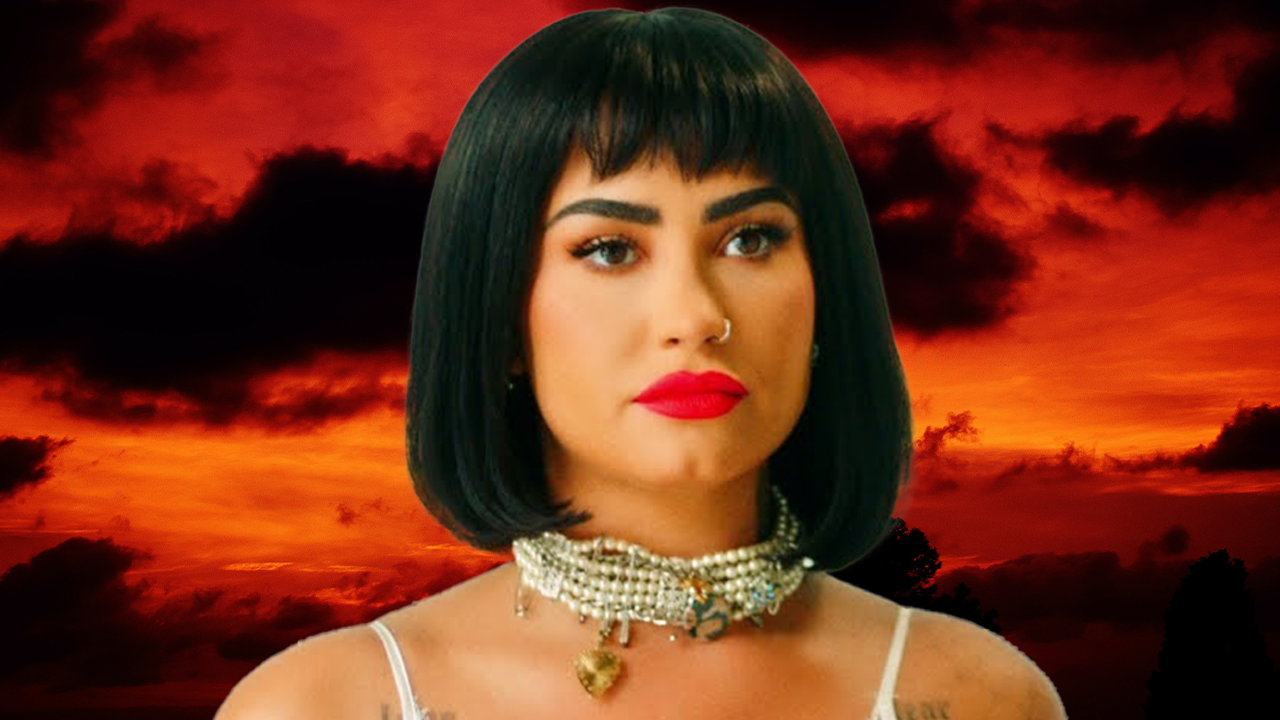 Demi Lovato, armed with the talents of Nita Strauss at her live shows, went straight up rock with her latest record Holy Fvck. Though you'd assume she went straight up Deicide-styled death metal and was calling for the head of Jesus Christ the way some Britain residents are reacting to an advertisement for the album.

Britain's Advertising Standards Authority (ASA) banned Lovato's advertisements across London for being "likely to cause serious offense to Christians." CNN reports that the advertisement, which displays Lovato on a cushioned crucifix wearing bondage attire, received four separate complaints by members of the public.

Still, the posters have been removed and one watchdog that voiced a complaint said the posters "must not appear again in the form complained of unless it was suitably targeted." So there you go – four people complain and we live in a world where Demi Lovato's new album is causing distress among the Christian community. Your move, metal dudes.

Oh, and here's the super offensive advertisement. Avert your eyes!

In this article: Demi Lovato