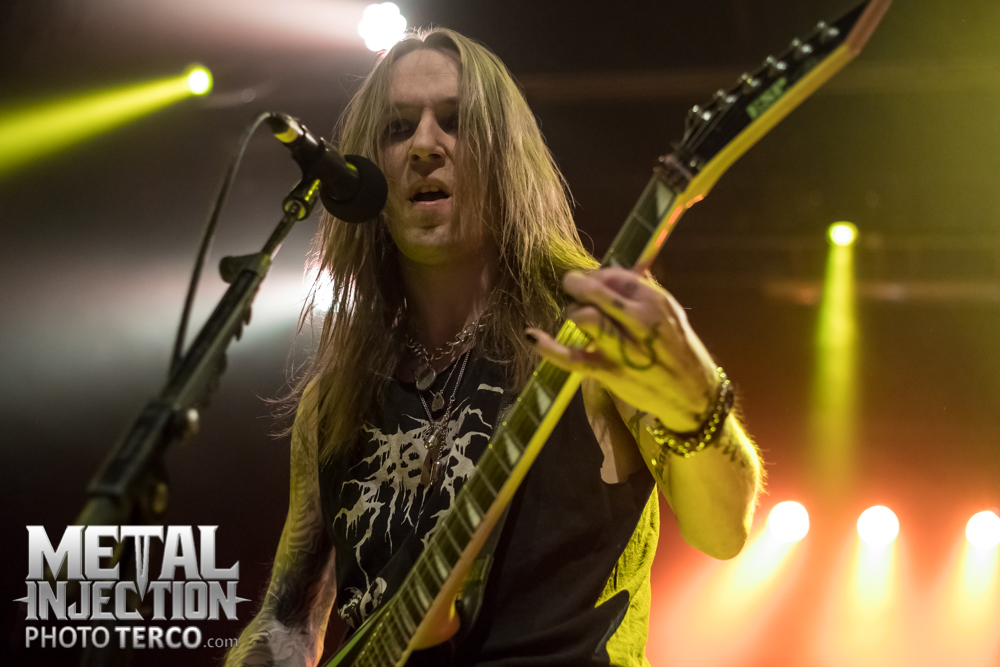 Children Of Bodom bassist Henkka Seppälä, keyboardist Janne Wirman, and drummer Jaska Raatikainen all left the band after one final show in December 2019. Frontman Alexi Laiho and guitarist Daniel Freyberg carried on under the name Bodom After Midnight and released one EP titled Paint The Sky With Blood shortly after Laiho's sudden death in late 2020.

Now Seppälä, Wirman, and Raatikainen have revealed in an interview with Chaoszine that they're not interested in doing a tribute show to Laiho. The trio said it's not what Laiho would've wanted, and instead think that maybe Laiho would've liked a regular Children Of Bodom show with one dedicated frontman instead.

"Well, it's a tricky question, and then even the three of us, we have not really discussed about it," said Wirman. "The way I personally feel about this is that Alexi would not like a tribute show. Alexi would like just Children Of Bodom playing a show. And even though he would be replaced, which is a really hard thing for us, and it's a really hard thing in the whole world of heavy metal vocals and guitar playing… I know from experience with Alexi and going to tribute shows and stuff like that that he wouldn't [want there to be a tribute show for him].

"So, we have no passion to try to put together a tribute show for Alexi. We might play a show someday, but I'm hoping that… who knows."

"But for us it would not feel natural to put a show together right now," said Wirman.

Now the real question – who could possibly front Children Of Bodom?