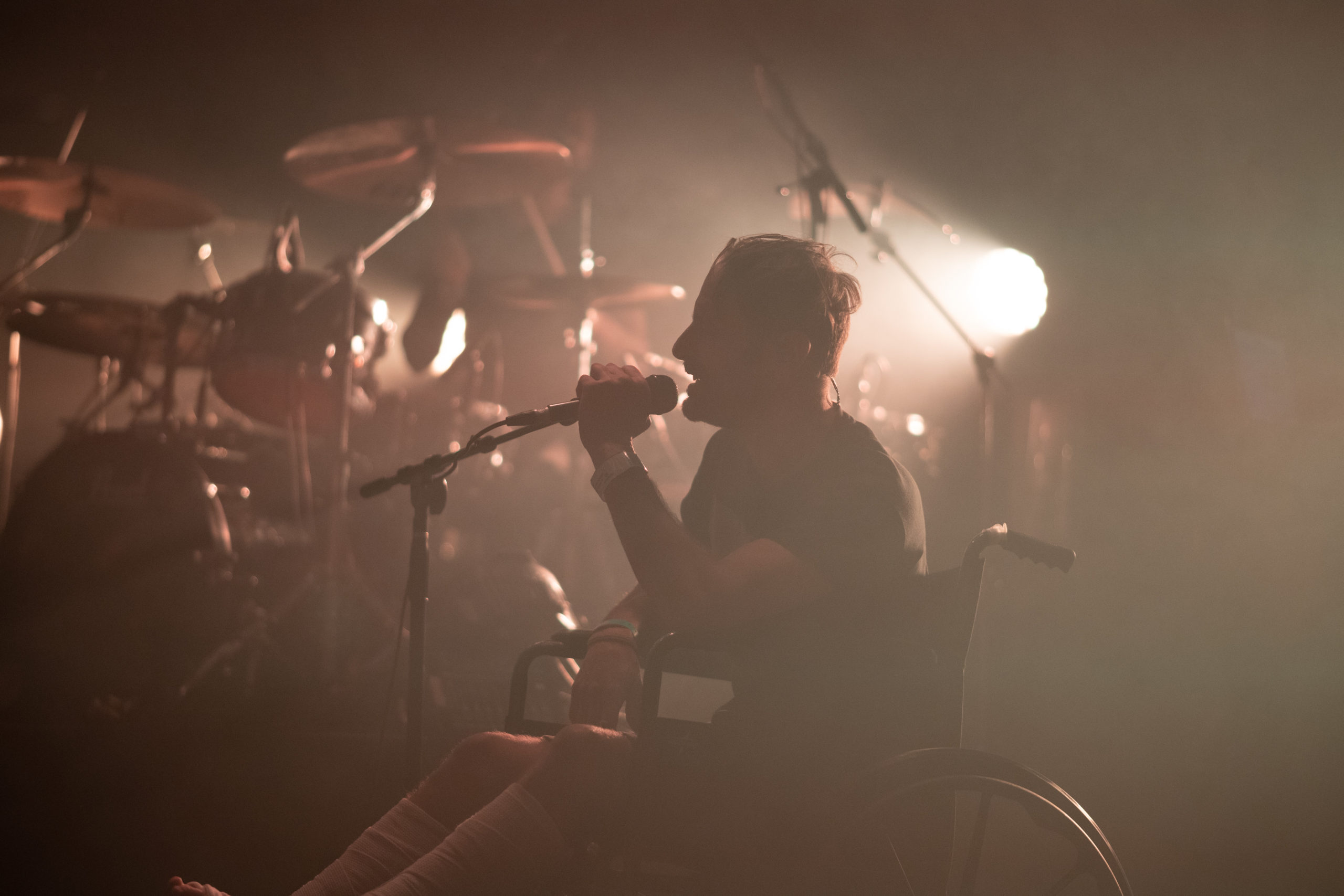 The Ocean vocalist Loïc Rossetti played the band's show on March 23 at the El Rey Theater in Los Angeles, CA despite breaking both legs. Rossetti performed the entire show in a wheelchair despite the injuries, but understandably is now leaving the tour to go get surgery in Switzerland. The Ocean will continue their tour with Leprous and will use pre-recorded vocals in Rossetti's place.

"Loïc literally went a little too far and broke both of his legs 2 days ago, he’s got 4 fractures in total and needs surgery," said The Ocean. "He still played the L.A. show with us in a wheelchair yesterday despite being in severe pain, and he will perform with us one last time tonight in Berkeley. Then he will be transferred to Switzerland for surgery.

"The show must go on, we will continue this tour without him. We will play Phanerozoic II in its entirety for the next few shows, and run his vocals as backing tracks. We've always thought it's super lame to do that, but under the given circumstances it seems like the best option and we trust you agree that this is no Milli Vanilli situation. Gabbo from Implore is with us and might take on vocal duties for some tracks too.

"By all means, please DO come out to the remaining shows to support us in these difficult times. This tour has been such a blast so far, it’s a big blow for us as you can imagine and of course for Loïc more than anything.

Is there a new album on the horizon?