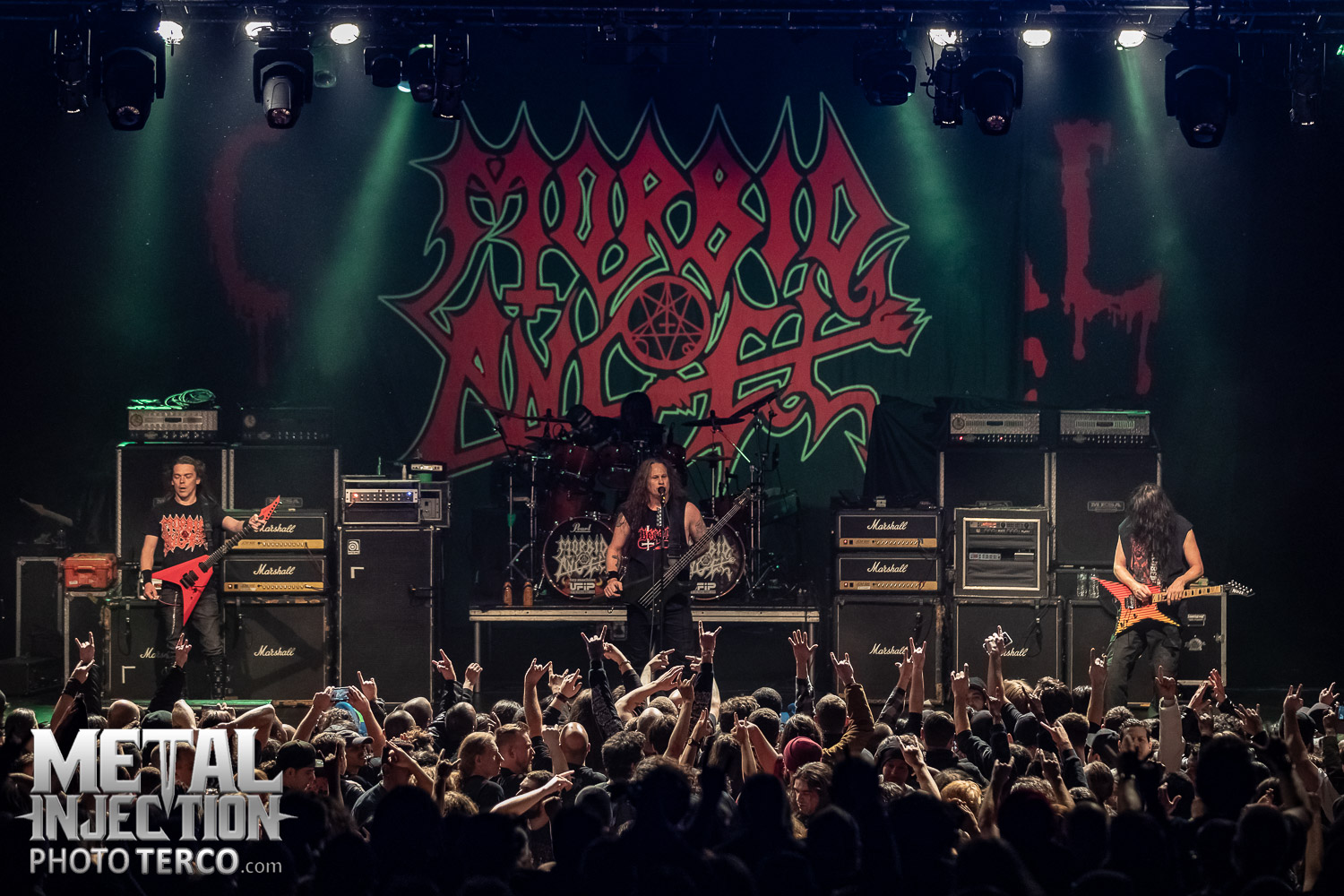 Maryland Deathfest 2022 has undergone a few changes. Most notably is that Morbid Angel has dropped off the bill saying they "will not be playing MDF or any other shows in the current climate." Maryland Deathfest notes they tried to convince the band not to cancel, and that they'll "let you interpret [the previous statement] however you see fit." So who knows what that means. Replacing Morbid Angel is Deicide, who will play their 1992 record Legion in full, which is awesome.

Other bands that have dropped off the Maryland Deathfest bill are Valkyrja, Archgoat, Blaze Of Perdition, and Antichrist for logistical reasons. Maryland Deathfest 2022 will take place in Baltimore, MD across various venues between May 26 and 29.

"In other news, we need to report that the following bands have cancelled:

"Morbid Angel will no longer be performing at MDF 2022," said the festival organizers. "Despite trying to convince them to not cancel, the only thing we've been told is that the band 'will not be playing MDF or any other shows in the current climate,' so we'll let you interpret that however you see fit.

"Archgoat and Valkyrja were due to tour together, but the tour fell apart, and despite attempts to salvage at least one of those bands playing only MDF, it just wasn't possible.

"Blaze of Perdition have also cancelled due to their tour falling apart.

"Immolation will be replacing Valkyrja on Sunday at Edison Lot.

"Profanatica will be replacing Archgoat on Sunday at Rams Head.

"Akhlys will be replacing Blaze of Perdition on Friday at Rams Head.

"Sulfuric Cautery will be replacing Antichrist on Friday at Soundstage."

In this article: deicide, morbid angel