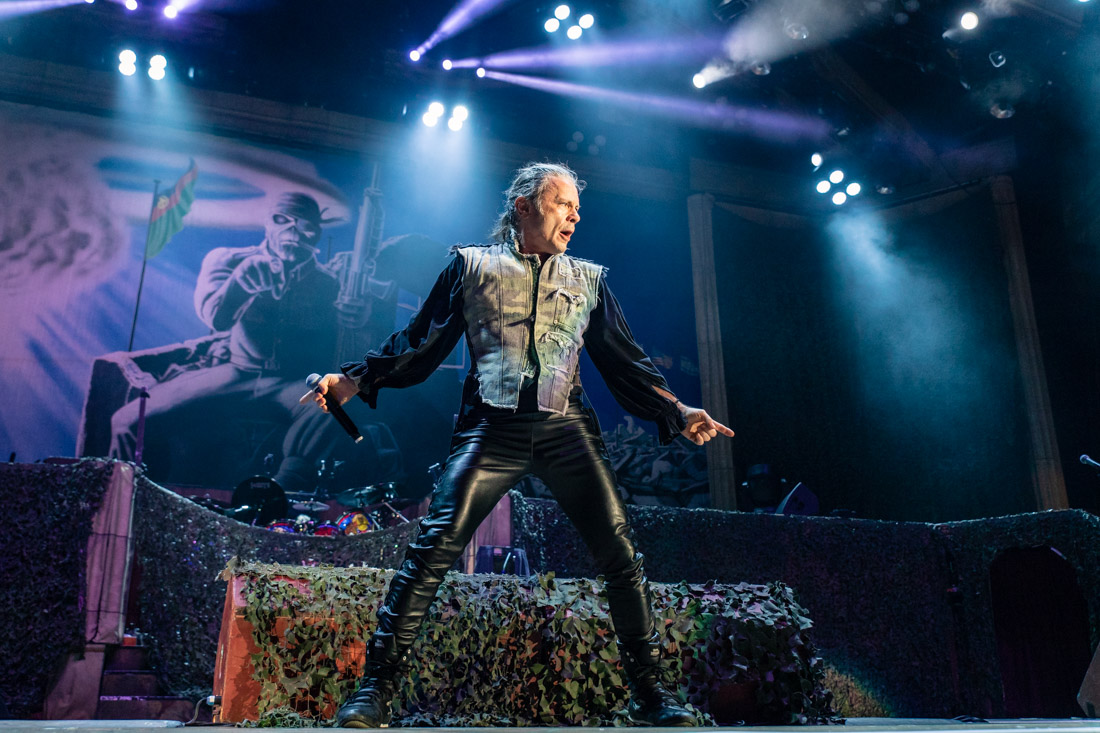 Iron Maiden vocalist Bruce Dickinson is out on the road doing his spoken word tour and answering questions from fans. During a stop in Tampa, FL, Dickinson named "Total Eclipse" as the most underrated Iron Maiden song and talked about why it was a B-side.

"Total Eclipse" was the B-side to Iron Maiden's 1982 "Run To The Hills" single, and was later included as a bonus track on the 1995 remaster of The Number Of The Beast (and then as track No. 8 on the 1998 remaster). Dickinson explained that "Gangland" was originally intended to be the "Run To The Hills" B-side, but the band decided the song was too good. He also mentioned that the song is devoid of guitar solos around the two minute thirty second mark because the band forgot to mix 'em in.

"'Gangland' went on the album, and we actually forgot to mix the guitar solos. There's a bit in there, and there's no guitar solo. To this day, I think we forgot!"

Catch Dickinson at one of the dates below.