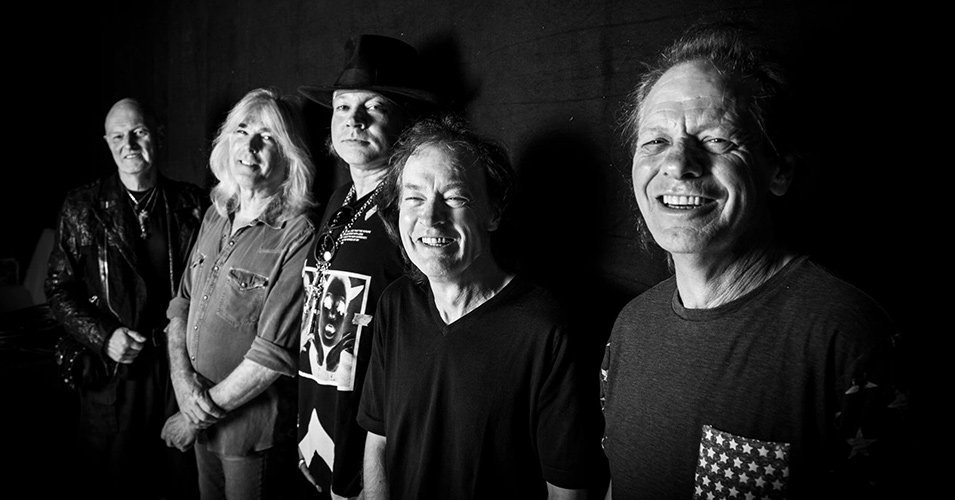 AC/DC vocalist Brian Johnson released a book this month, The Lives of Brian: A Memoir, and according to Ultimate Classic Rock, Johnson writes extensively about his time sitting out AC/DC's Rock or Bust world tour in April 2016, due to what was described at the time as an immediate risk of hearing loss. Guns N' Roses vocalist Axl Rose led the charge on what were the last 10 dates of AC/DC's North American trek in a highly-publicized pinch-hitter decision. For Johnson, who replaced the late vocalist Bon Scott nearly 4 decades ago, it was a tough thing to see. So much in fact, that he hasn't, he writes in his memoir.

"I'm told that he did a great job, but I just couldn't watch—especially when you've been doing it for 35 years," Johnson says. "It's like finding a stranger in your house, sitting in your favorite chair. But I bear no grudges. It was a tough situation. Angus and the lads did what they felt they had to do. That said, after the band released a statement confirming that I was leaving the tour and wishing me all the best for the future, I couldn't relax or concentrate on anything. It was just always there."

At one point, Johnson reveals his bleakest moment during this period. Having suddenly nothing to do, he turned to his other passion: race car driving. But not reasons one would think.

"People would come up to me (after races) and say, 'Brian, you're fearless!' But I wasn't fearless. I just didn't fucking care anymore. I'd always thought that the best way to go out would be at 180mph, flat-out around a corner. You'd hit the wall and boom, it would be over, just like that. Don't get me wrong, I didn't want to die. … I just wouldn't have minded all that much."

Well, first, let's just say, we're beyond thrilled none of that happened. But, here's the deal: AXL/DC needed to happen. As we say so often around these parts, "It's Just Business." Realistically, it would have been a huge blow around the world if AC/DC were sitting on the sidelines. Moreover, Johnson's renaissance and return to AC/DC led to the very excellent Power Up album in 2020 and their most gritty, meaningful single in decades "A Shot In the Dark." So, like the band sings, let there be rock!